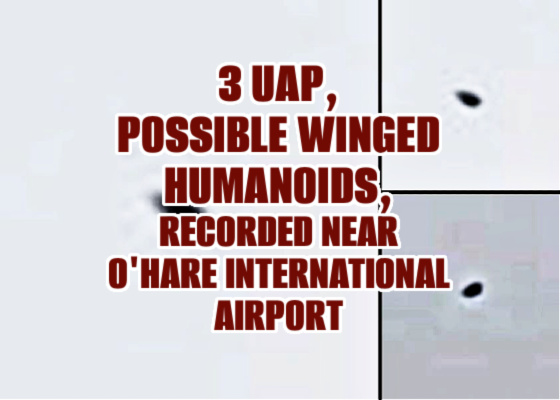 "I was outside in my backyard and preparing for a family cookout with my daughter when we both saw what I can only describe as three human-shaped objects that looked like they had wings flying overhead. It looked like they were all flying in circles about 60-70 feet above us and moving toward the expressway to the west of us. My daughter took out her camera and tried her best to take video of the flying people but they did come out a bit grainy and unfocused.

She and I were talking about how we had both been hearing about the Mothman that seemed to haunt O’Hare and since the airport is only about a mile and half down Irving Park Road, It seemed logical to me that this could be the same thing. We kept watching them until they were no longer able to be seen and I asked her to please send me the video. I know it’s not much but I tried my best but I’m an electrician and I’m not a professional photographer.

I can tell you that these were not planes and there were no planes in the area and since we are accustomed to seeing planes landing, they pass over our house at very low altitude and would have been very plain to see and hear in great detail. I have lived at this house for over 10 years and we are quite used to seeing these planes as they come in to land at the airport. These flying things were too high up and too small to be mistaken for any sort of aircraft. You didn’t need to be an expert to make out their shapes as roughly humanlike and what appeared to be wings, it could have been birds but these birds would have been pretty large if they were."

I reached and spoke with the witness via phone and he recounted the incident to me. It was on Tuesday May 17th at about 4 P.M. when the witness says the incident was happening and he was in the process of preparing his backyard patio for the summer and an upcoming cookout. His 15 year old daughter was assisting him that day and was present when the incident took place. The witness stated that they looked up and saw three winged humanoids approximately 60 feet up in the air and they were circling overhead “Like buzzards do” as described by the witness. The daughter attempted to take video of the entities and that was submitted to UFO Clearinghouse along with the witness sighting.

The witness stated that he was certain it was not a plane or any other sort of powered aircraft and stated that the area he lives in is in-line with the nearby O’Hare International Airport runways and he is used to seeing planes fly overhead on final approach to land at the airport. He stated that they are extremely low in altitude and clearly visible in great detail and make a lot of noise as they fly overhead. The witness stated that these objects were too small and too high up to be planes and were completely silent when they flew overhead. The witness stated that he and his daughter watched as they flew out of sight and toward the west and route 83 which is on an overpass approximately 2 blocks from his house. When asked if he had seen anything similar to this the witness stated he had not and this was his first time seeing anything, although they had heard the reports coming from O’Hare airport about the string of winged humanoid sightings that have happened there in the past.

The original video appears to be a short 4 second long video of the alleged entities seen in the above sighting. Screenshots and digital zooms have been made of each individual object seen in the video. 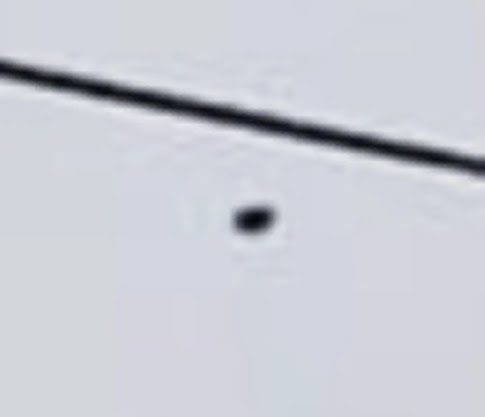