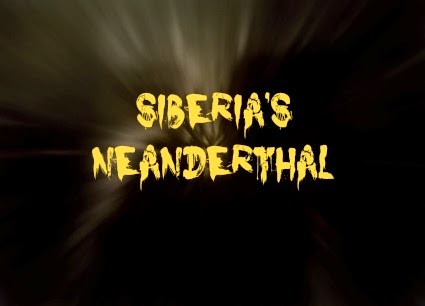 The Chuchunaa (“outcast,” or “fugitive”), also known as the Tjutjuna, is a hominid cryptid rumored to live in the snowy depths of Siberia. They are unique among their kind for numerous reasons not the least of which appearing before eyewitnesses clothed in animal skins. This fact that the Chuchunaa are said to wear animal skins has led some researchers to believe that these creatures may have less in common with Gigantopithecus-like creatures such as Bigfoot or the Yeti, and may possibly be a part of what some have speculated are a relic population of paleo-asiatic aborigines or possibly even Neanderthals. 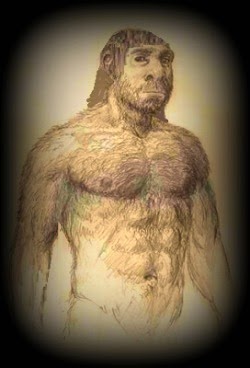 The Chuchunaa has been described by most eyewitnesses as being a tall (6-7FT) and human-like, with broad shoulders, a large protruding brow, long, matted hair and occasionally bearing unusual fur coloration. It is said that at least one member of this species was given a name by nearby natives. They called him Mecheny (which translates from the native Mnasi dialect as The Marked One) due to the fact that this creature allegedly bore a distinctive patch of white hair on its forearm.

Most reports of these creatures hail from native nomadic tribes such as the Yakuts and the Tungus. The tales are much like the Native Americans reports of Bigfoot or as they say 'Sasquatch.'

The creatures inhabiting the more southern areas are notorious for their midnight raids on barns and other dwellings. It appears the creatures are the same thing, just in different regions. There are also reports that these creatures have, on occasion, taken to eating human flesh.

There were tales of a strange being wandering the remote forests of Tunguska near the scenes of devastation. The nomadic reindeer herdsmen of Siberia sighted the gigantic grey humanoid figure some 50 miles north of the Chunya river. They saw the man, who seemed to be over 8 feet in height, picking berries and drinking water from a stream. The superstitious Mongol herdsmen regarded the freakish-looking stranger as one of the fabled Chuchunaa. Others who supposedly investigated one of man kinds greatest mysteries "the Tunguska blast" have also claimed to have seen the Chuchunaa.

In 1933, Professor P. Dravert, after hearing accounts that the Chuchunaa were being hunted, petitioned the Soviet government to put an end to the practice, calling for the creatures to be recognized as full citizens of the Soviet Union and therefore deserving of equal rights under the law. His call to action went unheeded at the time, but as recently as 1970, geologist Vladimir Pushkarev was conducting research on the creatures, concluding that their numbers were dwindling as civilization encroached on their territory.

In 1985, British anthropologist Myra Shackley claimed to have seen the Chuchunaa with her own eyes.

In a village in the Verkhoyansk region, Barylas district, an unknown animal had been caught in a wolf-trap in the middle of March 2002. It was already dead when discovered and described "like a primate" about the size like a large dog. The whole body, apart from feet and face, was covered in fur. It had a long tail. There are three versions about what happened with the corpse: The teacher Jakob Potapov from the neighboring settlement Borulakh said that the body had been taken to the capital Yakutsk. Someone else claimed that the animal had been torn to pieces by dogs and the third version was that "frightened people" had buried the corpse together with the trap.

The chief of the Sartan town concil, Sergej Slepzov, talked about another similar case half a year earlier. A young man, Albert Slepzov, had found by coincidence a dead unknown animal which was similar to an ape. In this connection it was suggested that it could be a Chuchunaa as the 'wildman' are known in the region. Older local people who had seen the dead animal called it Aabasi kiila. 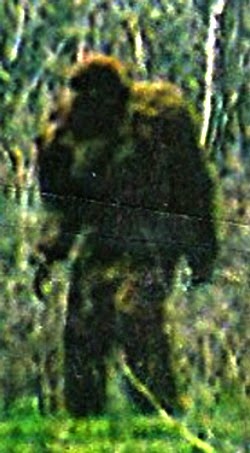 A reporter named Elena Tikhonova and a photographer Michael Kotschetov contacted the relatives of Albert Slepzov in the settlement Badagaj. These confirmed that Slepzov had found a strange animal but were unable to say what happened with the corpse. However, according to the council workers of the Verkhoyansk region, Albert Slepzov´s father had buried the body. On hearing this the reporters started out from the capital Yakutsk to find Albert Slepzov in the Verkhoyansk region. After two hours flying time and a twelve hour car driving on dirt tracks they arrived in the village Junkur where Albert Slepzov was supposed to be. He wasn't there.

They were able to find the eyewitness's 64-year-old father, Afanasi Slepzov. He reported that his son had found an unknown animal with a long tail in a trap at the end of the October 2001. The color of the coat was an unusual yellow. The boy was afraid and left the animal behind in the wilderness. Back at home he made a sketch of his find. After a few days Afanasi Slepzov tried to find the animal with a companion but, according to him, unsuccessfully due to new snowfall.

The reporters confronted Slepzov with the statements of other people in the village that in reality he had found the animal and had hidden it. Slepzov denied this. The questioning was not continued as it was obvious that the subject made him uncomfortable. According to statements of other village residents, Slepzov had initially kept his sons discovery secret and had first begun to talk about it when rumors were already circulating in the village. It was not possible for the reporters to visit the scene of the second finding in March 2002. Some time later a Moscow travel agency offered to finance another expedition.

The place where this happened lies on the arctic circle in the autonomous Republic of Sakha (Yakutia), eastern Siberia, with the capital Yakutsk about 200 kilometers east of the main ridge of the Verkhoyansk mountains. This area is one of the coldest on Earth where the winter temperature can fall to minus 70°C. It is possible to reach many settlements only by air or over roads which are passable only at certain times of the year. This makes the Chuchunaa one of the most difficult cryptids in the world to reach.

In May 2004, the regional Republic of Sakha newspaper, named Yakutia, reported the following:

“The Screaming of Sendushnyj - Mount Kuorat-Khaja laid opposite the fishing village of Chekurovka. On a dangerous steep slope laid the ruins of an aeroplane. Some old people claimed that in 1957 hunters from the surrounding villages killed a Chuchunaa, the snowman. It is said that its body was brought on the Lena river to Yakutsk [capital of Yakutia] and disappeared there. The legend has it that Chuchunaa lived in the mountains of Verchojansk. It caught reindeers, the skins of which it wore. It is further said that upon meeting people, the snowman would scream quite terribly. In the Tundra, this snowman was named Sendushnyj, after ‘sendukha’, an old name of Tundra. Although this legend defeated any commonsense, it refused to die. On the other side of the mountain range, in the areas of Najba, some reported of a highly discreet creature that was called Ikki-Mterlljakh, literally meaning ‘two meters tall’. It is claimed that those who were hunting, fishing and/or collecting firewood along the riverbank saw the snowman. It is also reported that as dawn set in, he would enter the village." 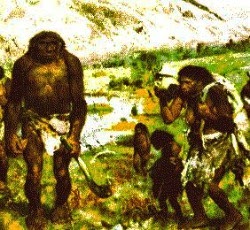 Remains from the slope-browed hominid have previously been found over an area stretching from Spain to Uzbekistan, but the new study extends the eastern boundary of their wanderings another 2,000 kilometres (1,250 miles) deep into southern Siberia, just above the western tip of what is today China.

Geneticist Svante Paabo of the Max Planck Institute for Evolutionary Anthropology and colleagues compared mitochondrial DNA (mtDNA) sequences from bones found from two sites — one in Teshik Tash, Uzbekistan and the other from the Altai Mountains in Siberia — with those of specimens from different European sites.

The study, published in the British journal Nature, confirms that the adult fossils — about 40,000 years old — from Okladnikov Cave in Siberia genetically match the European Neanderthal.

The presence of Neanderthals in Siberia “raises the possibility that they man have been present even farther to the east, in Mongolia and China,” the study notes.

Smaller and squatter than modern man, Neanderthals lived in parts of what are today Europe, Central Asia and the Middle East for around 170,000 years.

In the Nature article of September 30, 2007 titled Neanderthals in central Asia and Siberia it states:

Morphological traits typical of Neanderthals began to appear in European hominids at least 400,000 years ago and about 150,000 years ago in western Asia. After their initial appearance, such traits increased in frequency and the extent to which they are expressed until they disappeared shortly after 30,000 years ago. However, because most fossil hominid remains are fragmentary, it can be difficult or impossible to determine unambiguously whether a fossil is of Neanderthal origin. This limits the ability to determine when and where Neanderthals lived. To determine how far to the east Neanderthals ranged, we determined mitochondrial DNA (mtDNA) sequences from hominid remains found in Uzbekistan and in the Altai region of southern Siberia. Here we show that the DNA sequences from these fossils fall within the European Neanderthal mtDNA variation. Thus, the geographic range of Neanderthals is likely to have extended at least 2,000 km further to the east than commonly assumed.

unknownexplorers.com
Cryptozoology A To Z: The Encyclopedia of Loch Monsters, Sasquatch, Chupacabras, and Other Authentic Mysteries of Nature

Neanderthals in central Asia and Siberia - Nature - September 30, 2007
The Field Guide to Bigfoot and Other Mystery Primates