This Week On 'Beyond The Edge' Radio: Stan Gordon - Pennsylvania Anomalies Researcher 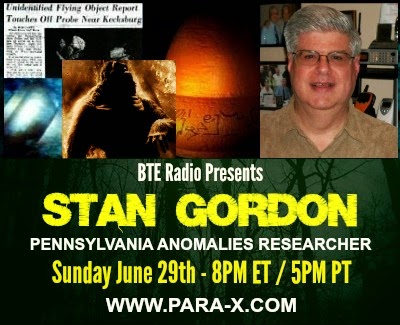 
CLICK HERE and join us LIVE in the chat room 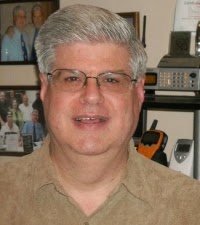 Stan Gordon was trained as an electronics technician, specializing in radio communications. He worked in the advanced consumer electronics sales field for over forty years. Stan has lived in Greensburg, Pennsylvania all of his life. Gordon began his interest in the UFO subject and other strange incidents at the age of ten in 1959. In the late 1960’s, he acted as the telephone UFO sighting report investigations coordinator for the UFO Research Institute of Pittsburgh.

Stan began in the field investigations of UFOs and other mysterious events in 1965, and is the primary investigator of the December 9, 1965, UFO crash-recovery incident that occurred near Kecksburg, Pennsylvania. In 1969, Gordon established a UFO Hot-line for the public to report UFO sightings to him to investigate.

In 1970, Gordon founded the Westmoreland County UFO Study Group (WCUFOSG), the first of three volunteer research groups which he would establish to investigate UFO sightings and other strange occurrences reported in Pennsylvania. Since November, 1993, he continues to investigate and document strange incidents from across the Keystone state as an independent researcher.

Gordon is a former PA State Director for the Mutual UFO Network (MUFON), and was its first recipient In 1987 of the MUFON Meritorious Achievement in a UFO investigation Award. Gordon has been involved with the investigation of thousands of mysterious encounters from across Pennsylvania. He has appeared on numerous local and network TV news and documentary shows, including the Syfy Channel (formerly the Sci-Fi Channel), Discovery Channel, History Channel, and Fox News Channel. He has been featured on many television shows, including Unsolved Mysteries, Sightings, Inside Edition, A Current Affair, and Creepy Canada.

Gordon has been the focus of numerous national and international newspaper stories and magazine articles, some of which include the Pittsburgh Press, The Philadelphia Inquirer, and the Denver Post. He has been a guest on many national and international radio shows, including the popular radio show Coast to Coast AM. Gordon is also the producer of the award winning 1998 video documentary, Kecksburg - The Untold Story

He is also the author of the books, Really Mysterious Pennsylvania: UFOs, Bigfoot & Other Weird Encounters Casebook One

He has written numerous articles about UFOs and strange encounters, and many books and publications have included his research as well. Stan also writes a column for the quarterly magazine, The GATE To Strange Phenomena.

Since the late 1960’s, Gordon has been lecturing to the public on the UFO subject presenting illustrated lectures locally and nationally to social and professional groups, schools, colleges, libraries, and conferences. Among others, some of his lectures topics include a synopsis of Kecksburg UFO crash case, UFO and Bigfoot incidents, and mysterious creature encounters.

Stan has made recent appearances on a variety of radio and TV shows including, Paracast, The Edge of the Unknown, and American Variety Radio heard on some NPR stations. He also was interviewed for a program on Croation State Television concerning his research.

For updated reports on UFO sightings and other strange incidents, as well as upcoming lectures and other events check out Stan’s website: Stan Gordon's UFO Anomalies Zone