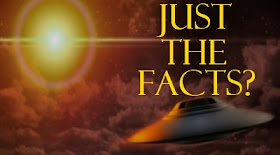 4/11/13 @ about 6:30 am I wrecked my 2005 F-150 pickup near a friends house; with whom I had been staying a few days after a surgical procedure. I returned to their house for help. We could not find the truck for some reason. She left & I went to the edge of woods near where I thought the truck was & continued to look for about 45 min. Suddenly, I heard a very loud buzzing humming sound, turned around to be horrified by a large bright light, so bright I couldnt look at it. I observed it floating, pulsating, blinking light. I was terrified, screaming for help, and ran into a bush to hide. After about 5-7 min. I passed out as the light came towards me. I freaked out so much, I guess I passed out. I woke up 4/12/13 after daylight. I had no shoes, no shorts, no underwear, and I was out in a terrible storm all night apparently, I only vaguely remember that, I was wet and cold and in a totally different place that I did not recognize. I screamed for help, but was apparently very deep in an unknown woods. I walked through the woods looking for a way out. I suffered severe injuries from the briars and stuff I walked through barefoot. About sundown I found a dirt path & began to follow it. At about midnight I came to a locked iron gate, I went under it since I saw cars driving by;
went to one house and no one answered, a lady answered at the second house and called the police( and gave me a warm bathrobe to wear, since I was very cold and almost naked) who picked me up, since my parents had filed a missing persons report & they had been searching for me all day. I did not tell them of this experience, except for saying I had no memory of what had happened. They assumed I was on drugs and had done crazy things. I went to the ER at Jay, Fl. and was given fluids for dehydration and antibiotics for severe cuts & abrasions. I tested positive for many hard drugs that I do not remember taking willingly. They think I am surely an addict. I did not tell anyone about this except my mother, who quickly asked me if I saw any bright lights, since I have told her of other strange experiences of missing time and bright lights; which always terrifies me & I do not watch UFO shows for this reason, nor do I talk about this to anyone but my mother. I am still terrified over what happened to me. I did ask for a rape kit; and the results were negative. I still do not know what happened to my missing clothes. I can relate events up to the brights lights and after; but have no memory of events in the missing time. All this is documented, since the police have the missing persons report and I went to the ER @ Baptist Hospital in Jay, Fl. The truck belongs
to my parents and has been reported as stolen. It has not been found yet. - MUFON CMS 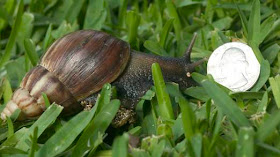 A growing infestation of dangerous giant snails is threatening to damage buildings and spread illness through southern Florida, experts fear.

Giant African Land Snails are being caught at a rate of 1,000 a week in the Miami-Dade county area around the city of Miami with numbers said to be increasing.

The animals, which can grow to the size of a rabbit, are eating through plaster in the walls of buildings as they attempt to consume the huge amounts of calcium they need to grow their shells.

They are also a health risk, being known to carry a type of parasite called the rat lungworm which can infect humans through contaminated water or vegetables.

In Caribbean countries, where the snails have become a major problem, they have even been known to pose a hazard to vehicles by causing blowouts of tyres.

Gardeners have also been injured as the animals have been turned into dangerous projectiles by lawnmowers.

Denise Feiber, from the Florida Department of Agriculture and Consumer Services, said action needed to be taken soon or Florida could end up looking like Barbados which has been overrun by the molluscs.

"It becomes a slick mess," Ms Feiber said. "[The snails attack] over 500 known species of plants ... pretty much anything that's in their path and green."

Ms Feiber said about 117,000 have been officially destroyed so far since the first snail was spotted by a homeowner in September 2011.

She added that the number was expected to grow rapidly because the snails are due to start emerging from underground hibernation at the start of the state's rainy season in just seven weeks.

A typical snail can produce about 1,200 eggs a year and the creatures are a particular pest in homes because of their fondness for stucco, which has a particularly high calcium content.

Rat lungworm can cause illness in humans, including a form of meningitis, Ms Feiber said, although no such cases have yet been identified in the US.

The snail outbreak is just the latest in a series of invasions by foreign species, including the well-known infestation by giant Burmese pythons, which became established in the Everglades in 2000.

In December, the authorities launched a snake hunting competition in an attempt to keep numbers down.

Many non-native species thrive in the state's moist, subtropical climate.

Experts gathered last week in Gainesville, Florida, for a Giant African Land Snail Science Symposium, to seek the best ways to eradicate the molluscs, including use of a stronger bait approved recently by the federal government.

One possibility being examined is a Miami Santeria group, a religion with West African and Caribbean roots, which was found in 2010 to be using the large snails in its rituals, she said.

But many exotic species come into the US unintentionally in freight or tourists' baggage.

The last known Florida invasion of the giant molluscs occurred in 1966, when a boy returning to Miami from a vacation in Hawaii brought back three of them, possibly in his jacket pockets.

After his grandmother released the snails into her garden, the state had to spend $1m (£650,000) and 10 years eradicating them. - SKY 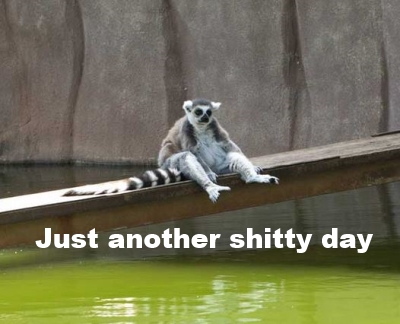 The Case Of The SF Cable Car Nymphomaniac

It was one of the wildest cases in Bay Area history. In 1964, 23-year-old Gloria Sykes filed a lawsuit claming that injuries from a cable car accident turned her into a nymphomaniac.

Attorney Marvin Lewis, Jr. was finishing law school when his father, who has passed on, was Skykes' attorney.

"It was an odd case, " Lewis remembered. " It mixed San Francisco cable cars, the sexual revolution, and nymphomaniacs. People were discussing this in every bar and every bedroom in America."

"This wasn't just a case of a promiscuous woman who tried to hoodwink a jury into giving her money for being overactive sexually" said Ron Rouda, her second attorney.

The trial grabbed sensational headlines. Court documents reveal pages naming Sykes' lovers, their occupations, and addresses where they lived, or where they had sex.

Sykes was a devout Lutheran from Dearborn Heights, Michigan, when she moved to San Francisco two weeks before the accident. She lived at the Stratford Hotel, and was a dance teacher at the then-Fred Astaire Dance Studio next door.

One day she took a ride on the Hyde street cable car line. It was climbing up the steep hill near Lombard street when suddenly mechanical failure caused the grip to lose the cable.

The car plunged backwards down the hill. Sykes hit a pole she suffered a black eye, bruises and, she said, an insatiable appetite for sex.

Her attorneys say the case was not salacious, rather one of the first proving post traumatic stress syndrome. She had been sexually abused as a child. The accident, they believe, forced her to seek comfort in men.

The jury awarded Sykes $50,000. She wasn't in the courtroom to hear the verdict. Lewis, Jr., delivered it to her in person.

"She listened to what happened…and suddenly she just disappeared," Lewis recalled.

CBS 5 found Sykes at an assisted living facility in the Midwest. She's now 66 years old. She declined an on-camera interview, but did say she lived for a time in Vallejo, traveled some, and, according to her, married.

Sykes said she's afraid of threats and her case "has to end."

But the notoriety lives on. - cbs5.com 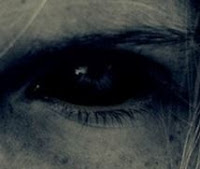