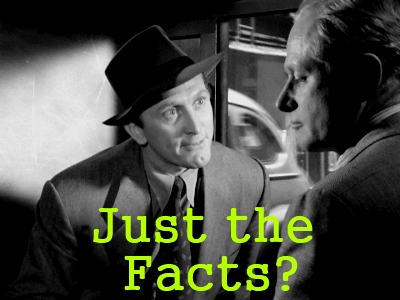 It didn't take long for the conspiracy theories to come forward. I've provided a link to some of the speculation. There are some very disturbing images...be warned!!

There have been a lot of petitions to ask the government to disclose what they know about UFOs and ETs visiting earth, but one man has decided to go to the source and petition the ETs directly.

The petition is described as a “worldwide petition to show the ET’s we really want disclosure,” and has been posted on change.org, a petitioning website that allows the public to gather signatures to send to the organization they are petitioning to demonstrate public support. In this case, the petition says it will be sent to “Extraterrestrials.”

The petition was created by Maarten Horst of Aagtekerke, Netherlands. It states that, “If we all stand tall and tell the ET’s we want them to disclose themselves and we mean business then it will happen.”

The magic number of signatures needed for the petition to be successful is listed as 111,111, of which 1,823 have been obtained as of the writing of this story.

Apparently, Mr. Horst also has some insight into the inner-workings of a galactic federation of extraterrestrials. He says, “The Galactic Federation is very sensitive in certain things. They want to be careful and not create a shock for the majority when disclosure happens.”

Horst notes that we live in a “military world,” and believes that many have been brainwashed by the meddling mainstream media. In order to alleviate this problem, Horst has a suggestion for the ETs:

We urge all intelligent and loving life from outside the earth to Intervene and use whatever force necessary to arrest anyone who opposes the new era of peace and first contact. We know of your law of non-interference, but now, we, the earth-humans demand that you take action and free us from the daily lies and show you are here. From now on we want to walk beside you in love. We are longing to meet you and live in peace. (sic) - Open Minds

The Lost Book of Enki: Memoirs and Prophecies of an Extraterrestrial god

"Doctor told me to stop taking pills - God is my healer"

A patient has complained that a Midland GP told her to stop taking her medication – and took her to a pentecostal church he was running where she underwent an
EXORCISM instead.

Dr Thomas Gerard O’Brien was working as a locum GP in Staffordshire when he treated the woman, who had been prescribed anti depressant, anti hypertensive and analgesic medication.

The patient, who has not been named, claimed that she stopped taking the medication after Dr O’Brien advised her that “there is another way” and gave her lifts to meetings at a pentecostal church in Stoke on Trent over several weeks.

She claimed that she was advised that “God is her surgeon and God will heal her”.

The woman said she was subjected to a four-hour ‘testimony’ where an exorcism was performed on January 19.

She claimed that Dr O’Brien specifically told her not to tell her psychiatrist about the meetings – because they “do the devil’s work”.

And that he further told her that if she told the General Medical Council (GMC) “she would be cursed”.

The patient ignored this advice and complained to both – after she broke down about her treatment and first told her psychiatrist who then rang a confidential helpline to report her allegations.

The allegations that the patient made to the psychiatrist were reported to the GMC’s Interim Orders Panel, who found that there “may be impairment of Dr O’Brien’s fitness to practise which poses a real risk to members of the public”.

They imposed a series of conditions on Dr O’Brien’s registration for 18 months, including that he must confine his medical practice to posts within the NHS, to notify the GMC of any professional appointments he accepts and to allow the GMC to exchange information with his employer.

The GMC’s primary concern was that Dr O’Brien was allowing his religious beliefs to influence patient care.

An IOM report on his case said: “The panel is concerned about Dr O’Brien’s apparent lack of insight into the seriousness of the allegations against him.

“It appears that he may have allowed his professional and private boundaries to become blurred, in particular with a vulnerable patient.

“The panel is further concerned that Dr O’Brien may have also imposed his religious beliefs with regard to the treatment of another patient.

“Dr O’Brien admitted in representations to giving another patient a religious DVD so they could make up their mind about treatment.”

Dr O’Brien denied all of the accusations, calling them “attacks” on his “private Christian faith and life”.

He criticised the psychiatrist for not telling him about the accusations made against him by the patient directly.

He said that he was a lay bible teacher and did not run a pentecostal church.

He also enclosed a letter from the patient which he stated shows that she was looking for “another way” to be treated.

He also stated that the whole statement about an “exorcism” is “a total fabrication”.

He did not attend the GMC hearing, but admitted in statements that he had formed a friendship with the patient, helping her daughter to move and giving her lifts to the church for several weeks.

He said the “Occult Checklist” was given to her by a biblical counsellor who was speaking with her.

The GMC order will be reviewed within six months, or before if necessary. - Birmingham Mail

Rosemary Aroma May Help You Remember to Do Things

The aroma of rosemary essential oil may improve prospective memory in healthy adults.

This is the finding of a study conducted by Jemma McCready and Dr Mark Moss from the University of Northumbria. The findings presented today, Tuesday 9 April, at the Annual Conference of the British Psychological Society in Harrogate, suggest that this essential oil may enhance the ability to remember events and to remember to complete tasks at particular times in the future.

Dr Mark Moss said: "We wanted to build on our previous research that indicated rosemary aroma improved long-term memory and mental arithmetic. In this study we focused on prospective memory, which involves the ability to remember events that will occur in the future and to remember to complete tasks at particular times this is critical for everyday functioning. For example when someone needs to remember to post a birthday card or to take medication at a particular time."

Rosemary essential oil was diffused in to a testing room by placing four drops on an aroma stream fan diffuser and switching this on five minutes before the participants entered the room. Sixty-six people took part in the study and were randomly allocated to either the rosemary-scented room or another room with no scent.

In each room participants completed a test designed to assess their prospective memory functions. This included tasks such as hiding objects and asking participants to find them at the end of the test and instructing them to pass a specified object to the researcher at a particular time. All the tasks had to be done with no prompting. If the task was not performed then different degrees of prompting were used. The more prompting that was used the lower the score. Participants also completed questionnaires assessing their mood.

Participants' blood was also analysed to see if performance levels and changes in mood following exposure to the rosemary aroma were related to concentrations of a compound (1,8-cineole) present in the blood. The compound is also found in the essential oil of rosemary and has previously been shown to act on the biochemical systems that underpin memory.

Jemma McCready explained: "There was no link between the participants' mood and memory. This suggests performance is not influenced as a consequence of changes in alertness or arousal."

The results from the blood analysis found that significantly greater amounts of 1,8-cineole were present in the plasma of those in the rosemary scented room, suggesting that the influence of aroma was mediated pharmacologically.

Jemma McCready said: "These findings may have implications for treating individuals with memory impairments. It supports our previous research indicating that the aroma of rosemary essential oil can enhance cognitive functioning in healthy adults, here extending to the ability to remember events and to complete tasks in the future. Remembering when and where to go and for what reasons underpins everything we do, and we all suffer minor failings that can be frustrating and sometimes dangerous. Further research is needed to investigate if this treatment is useful for older adults who have experienced memory decline." - Science Daily

NOTE: I have recommended the use of aromatherapy to several clients for a variety of physical & mental problems. The clients comfort and well-being can aid in solving their spiritual dilemmas...empowerment is a valuable and necessary weapon against offending entities. Lon

The Complete Book of Essential Oils and Aromatherapy: Over 600 Natural, Non-Toxic and Fragrant Recipes to Create Health - Beauty - a Safe Home Environment

Aromatherapy: A Complete Guide to the Healing Art

Korean Unification: Do Not Be Surprised If It Comes Soon

The most significant geopolitical events of the past half century have been unanticipated. Not that we did not expect them, but they were supposed to happen in the distant future, not now. The North Korean regime could collapse in the same unexpected way, leaving shocked politicians, diplomats, and pundits to fend with its consequences.

While it is comforting to believe that predictable rational calculation and self interest determine the course of human events, the timing of the most significant changes in the world order is heavily influenced by chance, personalities, emotions, and miscalculations. We expect the two Koreas to muddle along in a shaky equilibrium that will result in the end of the Hermit Kingdom in the distant future. A collapse of the North Korean regime in the near term would send pundits in vain searches of past writings for hints they saw it coming.

Unfolding events in the Koreas and their respective mentor states, the United States and China, resemble the run ups to the collapse of communism in the USSR and Central and Southeastern Europe and the reunification of the two Germanys. Few foresaw that both would collapse as abruptly as a house of cards. The intelligence community did not foresee the end of the USSR – an intelligence failure greater than its weapons-of-mass-destruction fiasco. Likewise, it will likely categorize the near-term collapse of the North Korean regime as a “highly unlikely” outcome. Continue reading at Forbes

NOTE: I was talking to a few friends about this yesterday...I feel that the North Korean government is on the verge of collapse, thus the need to shore up public support by sabre-rattling. I really hope the West doesn't give in to the threats and supply relief...Lon

Korea and Its Futures: Unification and the Unfinished War

Korean Unification and After: U.S. Policy Toward a Unified Korea