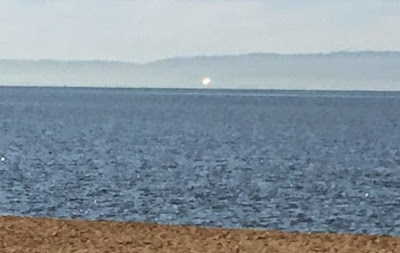 3. Reflection of some sort

4. Glowing object seemed to hover in a stationary position for approximately 30 minutes and then completely disappeared before the naked eye.

6. After watching the object as I was walking along the 1 1/2 mile stretch of the beach, I turned toward Washington Park and took a last look and noticed that it was gone.

Sending humans in to space is set to become more difficult due to cosmic radiation exposure.

One of the more understated dangers of manned space travel is the threat posed by cosmic rays entering our solar system from interstellar space.

While the sun's magnetic field usually offers some protection against this, our solar companion has been experiencing something of a quiet period lately and its effectiveness at shielding against cosmic radiation is at a minimum.

Here on Earth and up on the International Space Station our planet's own magnetic field protects us against cosmic rays, but for astronauts undertaking a trip further afield the problem could expose them to deadly amounts of radiation and make such a journey infeasible.

At current levels an astronaut on a mission to Mars will receive their maximum allowable radiation dose within as little as 100 days. Reinforcing a spacecraft with thicker walls might help to alleviate the problem but would make things more technologically challenging due to the added weight.

Ultimately a portable electromagnetic shield generator, something currently relegated to the realms of science fiction, may be needed before long term space travel can become a realistic possibility. Read more at New Scientist 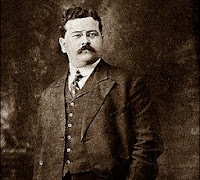 Over 60,000 individually transcribed 3X5 index cards, all with Charles Fort’s original small notes on strange and unusual events that he made in the 1920s and 1930s, were recently rescued from a house in Bridgeport, CT. They were rescued on July 29, 2014, by John H. Reed, M.D., on behalf of the World Institute for Scientific Exploration (WISE) only days before the new owners of that house had planned to dispose of them, not realizing their importance or significance. - http://wisewiki.org/

In 2004, a town in northern Sicily experienced mysterious spontaneous fires that officials purportedly suspected were the result of alien activity. Now the mysterious fires have returned.

The fires are appearing in Canneto di Caronia, a town on the northern coast of Sicily. In 2004, the town had to be largely evacuated and dozens of experts were flown in to investigate. The power company cut off power to the town in order to stop the fires, but they continued.

Scientists, electrical engineers and the military all tried to figure out why the fires were starting, but no one could figure it out. According the UK newspaper The Telegraph, one scientist was amazed when “he saw an unplugged electrical cable burst into flames.”

Eventually the fires subsided, but the Italian government spent years investigating them. According to The Telegraph, the investigation cost over $1 million, and included dozens of experts, including a NASA scientist. The newspaper also claimed that the officials concluded the most likely cause was aliens. Read more at Open Minds TV

Researchers At Harvard Discovered A New Potential Treatment For Ebola

Creationism, Evolution and the Buddha

These 6 Creepy, Abandoned Islands Are Definitely NOT Suitable For Your Vacation

Essential Reiki: A Complete Guide to an Ancient Healing Art

Eastern Body, Western Mind: Psychology and the Chakra System As a Path to the Self

Resisting the Devil: A Catholic Perspective on Deliverance

Soul Mates: Honoring the Mystery of Love and Relationship

Selfies May Be Popular...But Autographs Should Not Be Ignored