The Body / The Old Lady 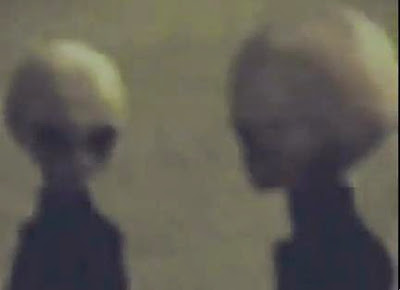 The following narratives can be found in my most recent book Phantoms & Monsters: Strange Encounters:

Hi Lon - In 1986, my Dad and his sister owned a cattle ranch in northern Puerto Rico. One morning, after finding several head of cattle mutilated under strange circumstances, Dad decided to guard the ranch during the night armed with a rifle, along with myself (I was 15 at the time) and two of his friends.

A few nights later we noticed movement about 100 metres east of us. There were five short grayish beings with very large heads emerging from the ravine and approaching the cattle. The beings quickly entered one of the pens and proceeded to float a calf out. The floating calf was very close to the ground and the beings walked alongside it in a shuffling manner.

At that point, Dad and his friends began firing at the creatures. One of the beings seemed to be hit and fell to the ground shrieking loudly. The calf also fell to the ground while the other beings assisted their wounded companion who was writhing in obvious pain. The men fired again on the beings who then ran quickly into the woods leaving the injured being behind. The wounded being attempted to run away but was shot in the back by my Dad's friend. It lay silently on the ground dying. My Dad then struck it on the head with the rifle butt caving in the top of the head. It died very shortly.

Pictures of the dead alien being were taken and hidden away. My Dad preserved the body in a large jar filled with alcohol and formaldehyde. He stored it in the cellar of our home and told me to never mention it to my Mother and siblings. I remember seeing it several more times after the incident.

In 1999, my Dad suddenly passed away. His friends think he was killed by the beings since he disappeared for several days before his burned body was found in a remote area. I do feel that my Dad's death was related to the beings we witnessed that strange night.

The body of the being is supposedly being kept by one of my Dad's friends who fears the local and US authorities would somehow prosecute him for his involvement in killing it. I now live in Texas and, honestly, I hope I never see that body again - though I do believe it should be disclosed that it exists. JG

I believe I once witnessed a shape-shifting witch! My older brother, older sister and I were going home for the weekend. We were coming in from Phoenix, AZ. We had to leave pretty late. It usually takes us 5 hours to get home, which is in Low Mountain near Pinon, AZ. We drove toward Keams Canyon highway and took a certain dirt road that would take us straight to Low Mountain. Before we reached the dirt road we noticed a very old lady walking on the side of the highway with a cane at 2 o'clock in the morning! She had her scarf around her head, a long black jacket and wearing a green dress. We did not think anything of it but thought it was weird that she was walking late at night on a highway. The reservation is really dark at night and there are hardly anyone driving on the roads. We eventually turned on the dirt road.

A mile away from the highway we noticed the same old lady walking on the side of the dirt road with her cane. I freaked out! I started crying because we knew that it was the same lady 15 miles back. My brother stepped on the gas and started driving faster. He gave us some medicine to protect us from harm. We eventually got to a highway that takes us to Chinle, Low Mountain, or Pinon. We passed the first bridge and we noticed that the old lady was sitting on the highway with her head down waving the cane in the air. Before we could pass her the car just shut down and wouldn't start. The old lady stood up facing the opposite way from us, so we wouldn't see her face and walked across the other side of the road. She turned her head to face us and her face was painted all black. She kept walking and eventually disappeared in the distance. My brother turned the ignition and the car started!! It scared the hell outta me!!! I was crying so bad that I never wanted to drive through the road again.

When we got home we told my parents about it. My Dad said that there was an old couple that lived between the two highways that did bad medicine on people. He also said that her husband had passed on not long ago and that she walks that road every now and then. They had two kids; one of them passed away at a very young age with an unknown cause of death and the other one drinks and huffs. We ended up driving back the longer way which was taking the highway to the junction road and going toward Ganado. It was very real and very scary." Name withheld