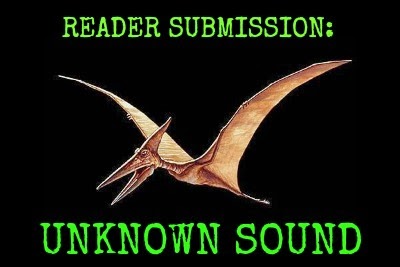 I just received an audio file and the witness account:

Click for audio...The Call of a Pterosaur / Thunderbird? or cut/paste https://www.youtube.com/watch?v=QDJlidRtT2U...use earphones for clear audio. The 1st call is at the 15 second mark.

Hope this finds you well.

I wanted to share this story and recording with you because I would really like to see if it can be identified. Last Sunday evening I was at our school track jogging while my daughter was at cheer leading practice in the gym. Our community is very rural so the track is at the back of the school complex and surrounded by woods and fields, thus very dark at night. I was listening to a podcast through my ear buds while jogging but happened to notice a low flying helicopter in the back field, traveling along Eddy Rd. It seemed to go back and forth a couple of times, and thats when i noticed it had search lights trained on the ground. It also landed in the field for about 10 minutes. I took the ear buds out and listened for a minute but didn’t hear or see anything that made me think I should leave the area so I continued to jog. The helicopter eventually took back off and flew away seemingly towards the city and airport. Soon after I started to hear this sound coming from the field across Eddy Rd, it was about a football field’s length from me to where the sound seemed to be coming from. I quickly turned off the podcast and opened the voice memo app on my iPhone to record. For some reason it only recorded 24 seconds. It was just 8pm at this point so I ran back to my car…an additional half to full football field’s length from where the sound was coming from…because the girls were getting out of practice. I got into my car to listen and make sure I had captured the sound on the recording, and I had. At this point my daughter got into the car. When she opened the door, I could still hear it even though we were surrounded by lots of teen age girls and their parents picking them up.

I have played this recording for a number of people, both wildlife experts and paranormal/cryptid investigators but so far there isn’t anyone who can identify it. What I can say, and the reason I keep talking about the distance, is that it had to be very big. I hope you can hear this recording. Some people have not been able to open it on their computers.

I received this after my follow-up in which I stated that it sounded like a large bird of prey, thunderbird or a possible pterosaur:

I’m in upstate NY. Walworth, in Wayne County (10 miles east of Rochester, NY). I agree it does sound bird-like, and one other person suggested the thunderbird to me. We do have many large birds of prey here, but none that make this particular cry and are that loud, indicating a larger size.

NOTE: The witness stated her distance from the animal/cryptid was approx. 100 yds. If anyone can identify the sound, please LMK. Lon 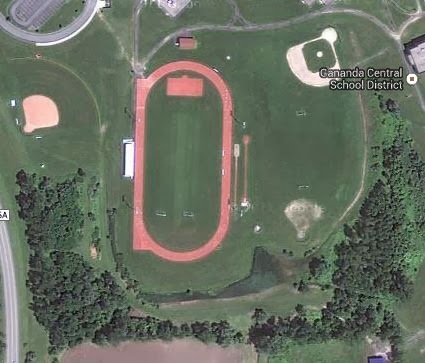 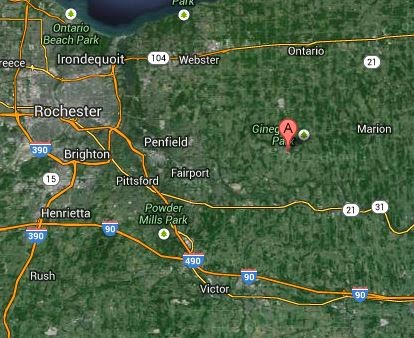