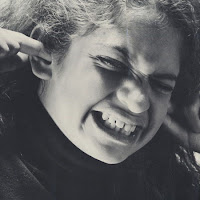 MUFON CMS - 12/13/2010 - Idaho: I was upstairs in 2 story house on my computer.It was during lunch break of the elementary school down the street @12-1 pm. Suddenly the doors started rattling in their frames throughout the 2nd story and the upstairs swayed violently. I know earthquakes,was sure it was one, then huge thud, thought perhaps explosion or something ran into the house. Began shouting at those on 1st floor below and they shouting back at me. When I was able to go down the stairs (felt stunned & afraid to go down at first)they gave me a different scenario, not feeling the house sway or doors rattle, but heard HUGE sound like "WOWWWWW WOWWWWW WOWWWW" over and over, very deep and also stunning. Then heard the kids at the school start screaming, which they often do, but not the same as play, but like fear. Before I made my way downstairs I went from window to window to look out to see if any vehicle had hit the house and saw about 5 large cloud-like discs, like pin-wheels standing on edge,separate, hanging in the sky over large elm trees down the block. It was a completely overcast day,except for this one open spot of blue sky filled with HUGE round pinwheel clouds. I thought them very odd, but was very rattled and was not thinking clearly and didn't think of my cellphone camera to take pictures and wish I had. Nor did I think more about the pinwheels until the next day as I watched evening local news KMVT when they asked if anyone had any additional information regarding the cause of the unknown sound of a large explosion on the 13th, Monday at noon. It wasn't until that moment that I realized what I had seen in the sky, puffy contrail of those whatever they are: drones, jets, UFOs that create fluffy trails that expand in grids over everywhere today,first noticed by me in Portland,OR. I did call the station and advise of what I had seen, but after that time, didn't hear anything more about it.Strange thing, time seemed locked in place during this event and we all laughed (nervously) about "the Mother Ship" stealing time from us because we felt disoriented for quite a long time after.We have no idea what it was, military aircraft? UFO? drone? If anyone knows, they aren't talking.

MUFON CMS - 8/2009 - Utah: I remember it was a sunny, summer day. Blue skies and warm. It was a Saturday, and myself, my husband and 13 yr old son were running errands, and I think we ate lunch prior to this also. We were stopped at the intersection on Redwood Road and 9800 South at the stop light. The all of a sudden we heard a loud BOOM in the car!! Our windows were rolled up, and we don't think it was a car backfire at all. It sounded like a shotgun went off inside of the car. I started shaking and tried to turn to see if my son was OK in the back seat. I was disoriented, so were they. My husband was checking himself for blood on his shirt and so was my son. I looked down at myself also, but I was frightened that I would see blood. It was like a jolt hit us or something. I finally said "is everyone OK?" My son replied, " yea mom I'm OK". We were all OK. The light turned green and we started to go finally. No one around us was affected, by that I mean others in cars around us. We were all saying what the heck was that? It was very strange and weird. My son felt like maybe we were hit by a time warp and got put back or something. It took me an hour to calm down from shaking and being scared. I still won't drive around that area at all. We have had other sightings and strange things happen to us. But that day still frightens me a lot!!

MUFON CMS - 4/1981 - Alabama: My fiance & I had just left her brother's house at around 11PM, in her father's car (mid-late 70's Olds Cutlass), on our way to stay the night at her brother's in-laws house. The house was on a rural peninsula of the Tenn. River, in the Scottsboro, AL area.

Approximately a few hundred yards into our trip (with no house immediately close by), the clear, cool night was interrupted by a startling event. The car lost its power, the street light went out and my battery-operated Seiko LCD watch (one of the first, which I still own but never use anymore) lost its power. At the same time, maybe a second or two after this occurred and having the car safely come to a stop, an incredibly bright, white light appeared off to our right side (tree side, not the side of the water). I opened my driver's side window and heard no crickets as we heard when we left her brother's house... it was dead silent.

The light stopped over our car and we tried to peer out the windshield to try and catch a glimpse of the object. After being blinded by the light, my fiancee wanted to get out to look. I cautioned her to stay in the car as we didn't know what it was. We locked our doors and sat there, trying to see what it was. After what appeared to be only a few minutes when my fiancee's watch restarted, which seemed like an eternity, the light disappeared as quickly as it had appeared. A few seconds after it left the scene (with no swoosh or other noise that we could discern), the idiot lights on the car came back on, the radio came back on and the headlights came on. I looked at my watch and, it too, had begun to work once again, as had fiancee's dial watch. I started the car and noticed the street light came back on and I heard crickets outside again, as I still had the window open (so much for using the locks). We finished our trip to town where we spent the nights during our trip.

Well, 28+ years later, we still talk about that night. Every so often, on long walks at night, in many areas of where we live and even places we visit, we have the street lights go out on us, but not all of them... just one or two... which may not mean anything at all in this context, but it is weird.

We once heard from a niece who grew up in Alabama that her grandparents (whom we stayed with on that trip in 1981) had similar events all the time on that stretch of road, at night, on their way home.

In conclusion, I have since read and heard many stories of a similar nature, and have seen some UFO type of explanations. However, I have no idea what it was that was present that April night in 1981. I do believe in UFOs and the possibility/reality of there being people other than ourselves in the Universe. And, I have heard double-talk denials of something or someone in the hangers at WPAFB from (now deceased) relatives who worked there. Were these people just pulling my teenage leg at the time? Probably... but, what if...

Terlingua, Texas was a mercury mining town in far west Texas. Open vertical mine shafts were abundant, some said to be hundreds of feet deep.

Sometime in the 80's my wife, son and I were vacationing there.

One evening after supper I decided to walk to the old cemetery which was perhaps two hundred yards from the motel room we occupied. I took a small flashlight as it was beginning to get dark. The trail was fairly well defined, though not marked.

Sunset cames on rapidly in that climate and it was soon dark enough to need the flashlight. The beam was weak but I kept going.

When the light finally went out I could still see the trail by star light.

Something stopped me. Not a physical presence, but something so strong that I could not take another step. I left the flashlight to mark my turn around point and headed back to our room.

Next morning, after coffee, I again headed toward the cemetery...... There was my flashlight in the trail. About six feet farther on was an unmarked, open mine shaft. The path lead directly to it.

I'm 76 now and I still remember that feeling as clearly as if it happened last night.