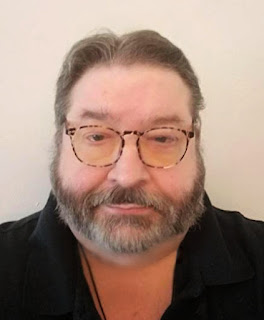 Lon Strickler is an author, Fortean researcher and writer at Phantoms and Monsters blog - Host at Phantoms & Monsters Radio on YouTube

Have you had a close encounter or witnessed something unusual? Feel free to contact me by email - lonstrickler@phantomsandmonsters.com


----------
Lon Strickler is a Fortean researcher, author, and publisher of the syndicated 'Phantoms and Monsters' blog. He began the blog in 2005, which has steadily grown in popularity and is read daily by tens of thousands of paranormal enthusiasts, investigators and those seeking the truth. His research and reports have been featured on hundreds of online media sources. Several of these published reports have been presented on various television segments, including The History Channel's 'Ancient Aliens,' Syfy's 'Paranormal Witness', 'Fact or Faked: Paranormal Files,' and Destination America's 'Monsters and Mysteries in America.'
He has been interviewed on hundreds of radio & online broadcasts, including multiple guest appearances on 'Coast to Coast AM.' He was also featured on Destination America's 'Monsters and Mysteries in America' television show for 'The Sykesville Monster' episode. Lon has written 9 books and is currently the host of Phantoms & Monsters Radio on YouTube.
Lon was born and raised in south central Pennsylvania, near the Gettysburg National Military Park and Battlefield. After living in the Baltimore, MD metro area for 40 years, he eventually moved back to his hometown in 2016.