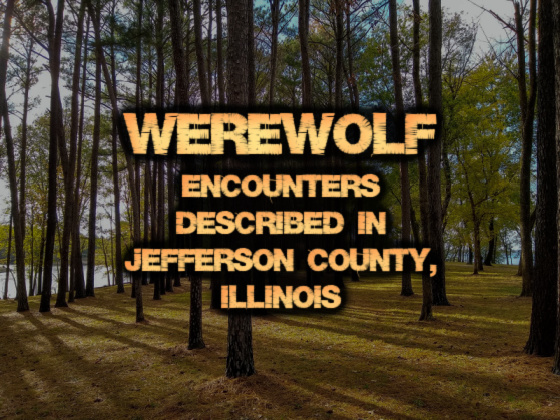 A southern Illinois resident recalls a harrowing 'werewolf 'encounter that he had as a child. His wife also had seen a similar canine cryptid in the same area several years later.

“I'm sure most people laugh when they hear stories like these, but I just can't. I was face to face with what I can only describe as a "werewolf" in 1987 here in southern Illinois. I was only 10 but I know what a big dog looks like and actually owned a huge St. Bernard at the time, and this thing dwarfed him.

I was walking alone down a road that parallels some thick woods and when I heard movement in the brush. I stopped and looked towards the noise and to my absolute horror, a huge black wolf looking head came out of the brush and it was looking at me! I don't know if it was on 2 legs or 4, but it was taller than I was (I was only 10 so 4.5" or so). Suddenly it came bursting out of the woods towards me and I thought I was dead. I don't know what happened at that point but obviously it didn't grab me, all I can remember from that part is that it was in my face and then it wasn't. My mom remembers seeing me running home with a look or terror, so she met me outside. She knew something bad had happened but didn't know what it was. She says I was shaking uncontrollably and had wet myself and kept saying, "a werewolf just tried to take me!" She says that she doesn't know what I encountered but I was a tough kid who was always outside and wasn't prone to making up stories. She says the next day I brought a book home from the school library titled "Meet The Werewolf" and became obsessed with anything werewolf related.

I wouldn't go outside for a long time after that, even when all the other kids were outside. We moved the next year to a city 100 miles away and I got back to "normal" again. I moved back to the same rural town when I was 18 and have lived here every since. Its a small town on Rend Lake in Jefferson County, Illinois.

I know what I saw and will never forget its face, as it wasn't a dog! I go into the woods quite a bit alone and sometimes I get a lot bit worried, but I also always carry a gun just in case. Be safe when alone in rural areas because these "Dogman" things are real.

My late wife had a daytime encounter with what she called "a 7 foot tall black werewolf standing on 2 legs" in 2001, just about 5 miles from where I had my encounter. The only difference is that she was driving and had the relative safety of being in a car. it proved to me that they do exist and are in the area, so at least I know to be careful when in the woods instead of being like everyone else who don't have a clue until they are face to face with one. It's scary to know they are real but I think it's better to be aware of them so I know to take precautions when in the woods and I tell anyone who will listen despite being laughed at by some. But those who know me best know that I am not crazy and that I do not make up stories so they believe me. I think telling them will keep them out of harm's way or at least make them be a little more cautious about being out alone.

Also, my uncle had a Bigfoot encounter in 1981 while in the outskirts of the Shawnee National Forest, he never went back and is afraid to be outside after dark if there are any woods around. He is 60 now and he is still scared of "the things that don't exist." He's a huge guy himself but is terrified of seeing that thing again. The funny thing is that he actually laughed at me when I told him about the "werewolf looking thing" that almost got me. I think that he thought I was joking at first but I told him just like that Bigfoot that you "imagined" and he changed his tune. He said it was probably a Bigfoot that I saw but it was most certainly not. It was a giant black wolf that was taller than me, not a gorilla looking thing.” HR 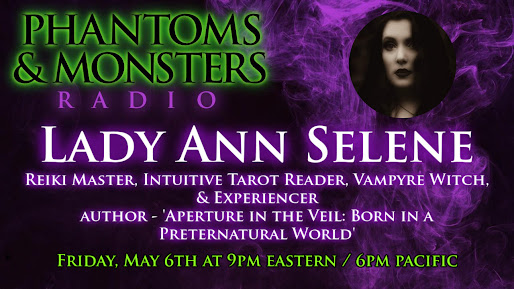