Night of Evil in the Mountains of Haiti 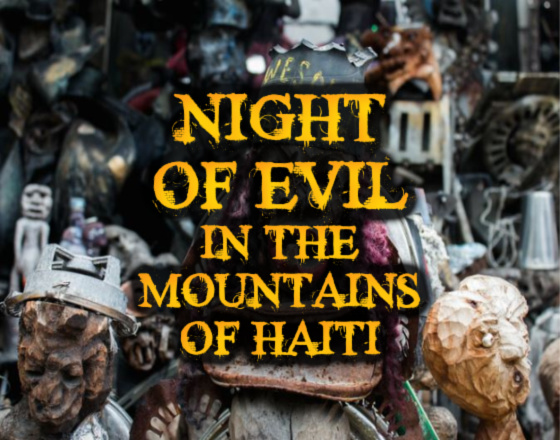 A young man is on a church mission in the central mountains of Haiti. On the 7th night, though, the atmosphere turns macabre and evil. Was it vodou, or something more sinister?

'In June 2011, I was 17 years old and serving on a mission trip in the mountains of Haiti working to feed the locals and host a Bible school for them as well. This was the second trip that my church had planned, but this was the first time in the new location. It was decided by the church elders that taking a group of high school students to the first one was not such a good idea, as a local voodoo shaman had cursed a group of missionaries that were present after our church's first group had left a year or so prior. It wasn't the curse that kept our church away, it was the way the villagers had reacted to the curse that was the deciding factor. Namely, beheading the missionaries who were brave enough to stay.

Our group would be teaching the residents of La Victorie about God, Jesus, and Christianity for roughly two weeks as we braved the hot and humid mountains of central Haiti and the football-sized cockroaches, cane spiders (I swear those are the minions of the devil himself), and bottflies. Lovely trip actually. I'd go back any time that isn't mid summer.

Fast forward through the evangelism about a week and we were really starting to make an impact in the community. Our Bible school had grown from 30 to well over 600 kids in attendance, and almost 80 of the would accept Christ before the end of the trip. This is also the time that gut-checked everyone on the trip and really made all of us sure of our faith.

We had been housed in an upper-class (by Haitian standards) compound that afforded us many luxuries we had not been expecting. There were cots that were very comfortable, 3 meals a day, more than enough clean drinking water (we showered in the nightly rain showers. They were more powerful than any shower head I've come across yet), and a crude cement perimeter wall that stood about 10' high and was rimmed with broken glass.

On roughly night 7 of the stay we had all turned off the flashlights (no reliable power there) and tucked into bed around 10PM. Everything was normal. The island breeze keeping us cool in the 80* tropical night, and frogs and insects making their usual noises.

That was, until 0100. The breeze had stopped suddenly and showed no sign of coming back. I had woken up in a sweat and was having a very hard time getting comfortable with the muggy air and eventually decided just to grab my iPod and listen to music until I fell asleep, which unknown to me at the time would not be coming back that night. I had been used to turning the volume up just enough to drown out the sounds of the monstrous bugs but noticed that there was no reason to do that as there was not one sound outside. It had all stopped with the breeze.

I thought almost nothing of it at the time and continued listening to a calm recording of meditation music that should be relaxing me. But no matter how hard I tried to focus on the music, my breathing, anything, I just continued getting tense. And agitated. There shouldn't be lyrics to a meditation track!

Frustrated, I turned the iPod off and laid back in a huff. It was then that I noticed the lyrics hadn't stopped. And that they weren't in English. And that they were chanting. Somewhere across the sleepy little town there was a gathering of 50 or more people from the sound of it, chanting slowly in the dark. There were absolutely no light sources in the direction the sounds were coming from. And the chant continued, growing louder, and creepier, as it continued at its slow pace for nearly 30 minutes. I turned the iPod back on and switched to rock music, with the volume on max to try and drown the noise out, but it continued and sounded as though it was right next to me even through the headphones. Finally the chanting stopped.

I felt ice cold as I lay there in the tropical night, with an ever growing sense of dread, and a natural instinct that told me this was what evil felt like. Until this point in my life I had never felt the presence of evil, but I have since and usually only when I'm doing work in God's name. The feeling continued to grow until it was replaced by panic. From the sound of the chanting now came screams. Bone-chilling, bloody murder, female screams. The chanting started back up and now the sound of dogs barking. Though still not in English, and not in any language at all, the screams felt as though they were a desperate plea for help.

The sky was black with clouds and it was the kind of night where you couldn't see your hand in front of your face. But I was glad for the darkness because I did not want to be able to see what could be around. The chanting, screaming, and dogs all came to a sudden stop and the entire island was silent for what felt like an eternity. The only sound could be heard was a single, low, dog's howl. The howl seemed to come from one of the dogs that had been barking, but was quickly picked up and echoed across the entire region. Once the howl stopped, there was not a sound until dawn.

And still no breeze!

I don't know who or what caused those sounds, and have no desire to. It put our hosts on edge for the entire day and they did not stay with us at the compound the next night. This could have been unrelated, but at the time it put everyone's thoughts on the shaman from the last village and how the other group had been received afterwards.

NOTE: This account kind of creeped me out, because I have heard similar incidents before. I have a keen interest in Creole religions, including Haitian vodou and other west African styled beliefs that are practiced in the Caribbean and the in parts of the US and the Americas. Lon 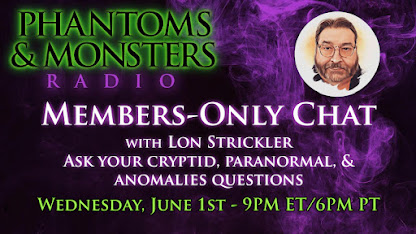