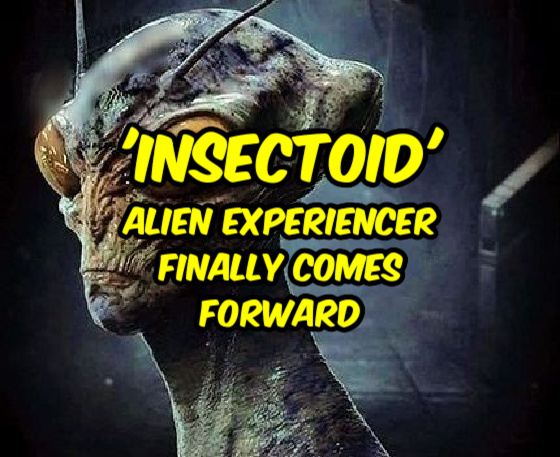 A Washington experiencer comes forward and describes her encounter, at home, with an Insectoid extraterrestrial after reading my book 'Alien Disclosure: Experiencers Expose Reality.'

Wow – I really feel weird writing this email. I am a sensible, 65 year old woman. However, my daughter, grounded in all things she can see and touch, would tell you I have one of the most open minds she’s ever run across. I do have more of a willingness to approach things with an open mind because of my own experiences. I found you quite by accident after getting one of your books through Kindle Unlimited, and I thought how wonderful that people can reach out to you and tell you about their experiences without fear of harsh judgment.

Well – here goes - I had an experience in 1993 that has bothered me ever since. My husband was involved but didn’t see anything even though he was in the bed next to me. The only person I told was my personal physician the very next day.

At the time, we lived in a two story house on a dead end cul-de-sac in Seattle, Washington - about 5 miles from the Sea-Tac Airport. It was some time in late October or early November of 1993. It occurred in the middle of the night (about 2am). My husband and I were asleep – I was on the side of the bed facing the outer bedroom wall, and my husband was asleep next to me. I woke up and rolled over bringing the bedroom doorway into my view. The hall light was on outside the bedroom so I had a clear view of the doorway. I saw “something” standing in the bedroom doorway. It was very tall and I got the vague outline of some kind of robe-like clothing. I sat straight up in bed, grabbed my husband’s arm and shook him, shouting “there’s something in the doorway!” My husband bolted up out of bed and grabbed the baseball bat he kept next to the headboard, but as soon as I had shouted out - the “thing” was gone – just gone. I was near hysterical and it took a while for my husband to calm me down. I told him I had seen something in the door way. He checked the house but of course there was nothing there. Everything was locked up tight. I felt like I was losing my mind. I apologized for scaring him like that and waking him up yelling. I don’t really remember anything about the rest of that night except that I was very upset and couldn’t get back to sleep. I was very, very scared. I knew I had seen something. I didn’t trust that if I went back to sleep that it wouldn’t come back.

The next morning I phoned my doctor and left a message asking him to phone me back. I told him in the message that I thought there was something really wrong with me. When he phoned me back I broke down in tears telling him that I felt like I was losing my mind. I told him that I know I saw something in my bedroom doorway in the middle of the night. It was real – I had seen it – but it wasn’t possible that anything was there. He asked me what I had seen and I told him it was a thing, or a man, or “something”. He said that if a person is under stress (we had started our business earlier that year), it was possible to be dreaming but you’re waking up and you think you see something. He prescribed some medication for “my nerves” and told me I should try to forget that it had happened. I was left with this feeling that I didn’t really know what I had seen. It had happened so fast. I tried to forget that it had happened. But of course I never could.

A few months later, I sat down at the table with pencil and paper and tried to go back to that moment when I saw the thing in the door way and just kind of let my mind float and draw what I had seen. What I ended up with was bizarre, and frightened me so badly, I just threw the drawing away and tried to forget about it. I had drawn an insect like head with big, big eyes, a kind of robe outline and these insect like arms and hands coming out of slits on the side of the robe. I can still close my eyes and see that thing in the door way. Some details really stuck out at me, but others are so vague it’s impossible to really describe them. I remember in detail two nub-like things on its head but have only the vaguest sense of stalks or antenna coming out of them. And I remember the way the arms looked but can’t really remember what the hands looked like or what they were doing. I remember the eyes but only remember an impression of two slits where a nose would have been – and I don’t remember a mouth. I have only the vaguest sense of a robe or flowing cloth of sorts – but I remember the slits where the arms came out of it. Over the years I have tried to convince myself that because of the vagueness of some of the details it must not have been real, but it still bothers me to this day. And I am still sure I saw “something”.

I have never had the nerve or desire to tell anyone else about the experience and I don’t want anyone to think I’m unstable. Even if I had wanted to tell someone about it, who would I tell? What good would it do? But I read in your book that some people have described an insect or praying mantis like being that they have seen. I hadn’t heard about that before. It sent a volt of electricity through my body like an adrenaline rush and I got butterflies in my stomach. Everyone knows about Greys thanks to the movies – never seen one – never want to - but if other people have seen the big insect thing, maybe there really was something in my doorway that night. If other people have seen this thing, maybe they will feel better if they know I saw it too, even if only for a few seconds.

Thank you for listening. I’m glad I finally got to tell someone about this." D

NOTE: Here are links to a few of the 'mantis / insectoid' beings posts referred to by the witness: 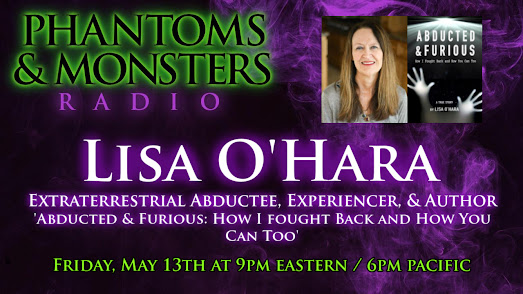 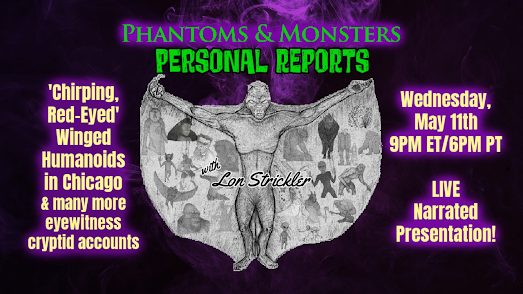