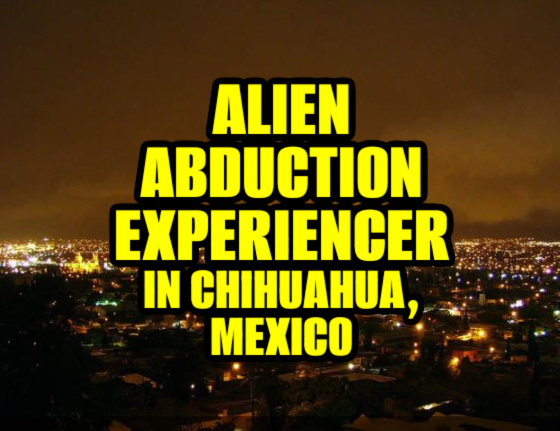 I received the following account from a reader in Chihuahua, Mexico several years ago. He describes a possible abduction that he experienced while he was in bed with his wife.

First of all I would like to explain a little bit of how I am as a person. I have been always amazed about UFOS and extraterrestrial entities, same as paranormal stuff. I do apologize I had not practice my English to speak or to be professional on my writing.

I really would like to give you some point of views about some posts you had on your website. The Thomas Castello Declaration and the update on the Dulce underground base. To be exact, the map for the America's underground tunnels. The main point is that the map shows Chihuahua, Chihuahua, Mexico as one of the underground bases here in Mexico and is the place where I’m currently living.

The situation is as follows - recently I have followed this blog in which I read the statements of Mr. Thomas Castello. Mr. Phil Schneider believed the two were in the same event. I suppose you had already noticed however reading your blog could find an image that was not noticed or read earlier in my own research on the web (I'm not a researcher, but I have done research personally). The image itself is as you discuss the map delineating the tunnels linking the secret bases in (southwestern) USA. However these tunnels are also directed to Mexico that as the image shown in the city of Chihuahua as another base.

In our city UFO sightings are common - some takeoffs in the city occur in an area called 'station terraces.' There have also been sightings of Bigfoot-type creatures & cryptic humanoids, who live in caves underground. I have personally experienced the following:

One night, in bed with my wife, I was between sleeping and awake when a being suddenly grabbed me by my feet and dragged me at breakneck speed. When we finally stopped moving, I was in a room without doors and 4 windows, one on each wall of the room. In my hand was an object resembling a screwdriver or something similar. When I stood I began entering through the windows. My memory is vague but I believe the aliens were a mix between the beings of the movie 'Alien', to the 'Zathura' movie. I remember being scared and started attacking these beings with the object I had in my hand.

Again I was dragged and ended up back in my bed. I thought it had been a bad dream. I asked my wife. She hugged me and did not let go until I returned to sleep. The curious thing about this is that when I woke up the next day, my ankles and the hand that held the object were sore. I've had nightmares before but always woke knowing it was all a dream. But this time I felt different. The event seemed to occur extremely fast - my wife had not noticed my absence as if time had stopped.

This was my personal experience, henceforth, only to wake at dawn. It occurred often between the same hours - between 3:30 am and 5:00 am. As for the paranormal field I have had several experiences. Perhaps there is some activity in the city which is unknown so far as Chihuahua.

If possible and with the permission of my wife, I would like to tell you about the paranormal experiences we have lived, which are more rough. Thanks. DBP"

Update: The Dulce Underground Base

I will note that DBP never got back to me after this initial correspondence. Lon