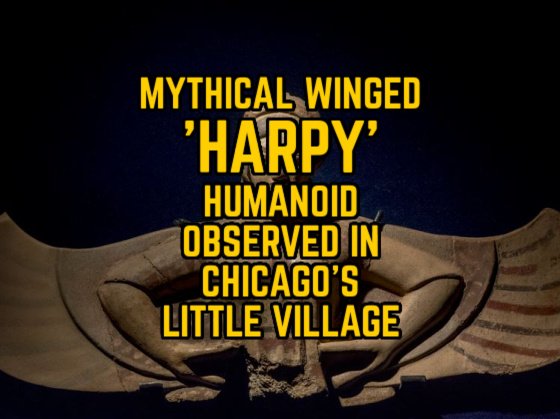 A Chicago man reports several winged beings / humanoids seen in the suburbs and city. He is not positive as to what he witnessed, describing one as being similar to a mythological 'Harpy.'

I recently received a series of winged being sightings in Chicago:

"Hi Lon. Here are my 2 other sightings. It was actually near a winged humanoids sighting that was here in the North Riverside in the Lyons area of the Chicago suburbs. Of course, you already know that the forest preserves basically surrounds the Chicago area and North Riverside, Illinois is a unique place. Houses have been there right next to the parks since its inception.  Residents there can literally walk to the Des Plaines River from their house. If only they would take the time to look up and observe, they would see many things. I have seen blue herons and blue jays and much every time I go. Cool place, strangled by the pollution of corporate America and Chicago's finest companies that have direct access to the waterways, but still surviving despite.

The exact location was 7930 Ogden Ave, Lyons, Illinois. It was 8:30 PM local time on April 17, 2019. I was in the parking lot, leaving a gym right next to the Des Plaines River. It was quick and the thing noticed me. It was a huge bird with 6 foot wingspan, layers of feathers, with a crest on its head. The most notable feature was its long spaded tail. It looked so cool. It looked young and as soon as it noticed me it immediately made a turn right back in the canopy. It was actually kind of interesting. It definitely did not want to be seen. I wonder what kind of bird that was? Either way it was cool. 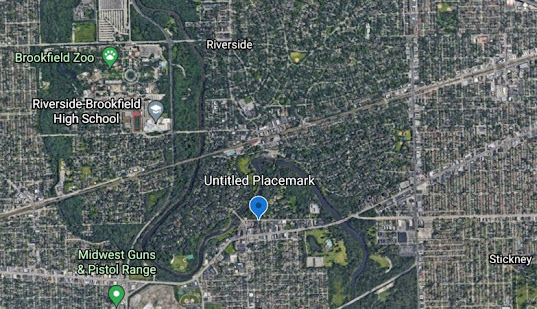 My other sighting was just plain bizarre. It was a hot day in September for us in Chicago. About 86 degrees F on Friday, September 17, 2019 at about 3:30-4:30 PM local time at 2640 S. Sacramento Ave (Little Village) while I was at my front door. I look up and there's what appears to be a mythological Harpy flying really high and in a vertical pattern and very slow. The thing looked exhausted and looked like a shorter person or a kid. Definitely humanoid with feet dangling, wings barely flapping and obviously not flying straight, in that up and down vertical manner. It was flying in the northerly direction, towards O'Hare International. Strange indeed. It was bald and no feathers on the body. Just feathers on its wings. It also looked dark or black." DF 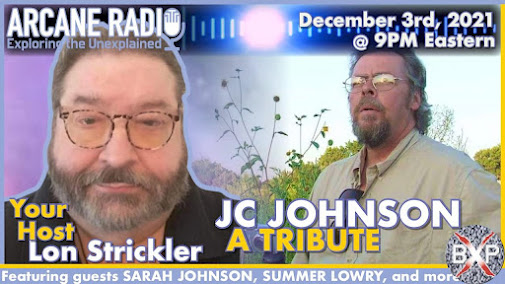 This week, Join Lon for a very special tribute to our friend & colleague, the late crypto-investigator Jc JOHNSON! From Crypto Four Corners to other cases throughout the country. We will discuss many of our fond remembrances of Jc, his theories, and the cases that he investigated. Please join us in the chat for questions & answers.