Manifestation of Skinwalker-Like Entity After Years of Nightmares 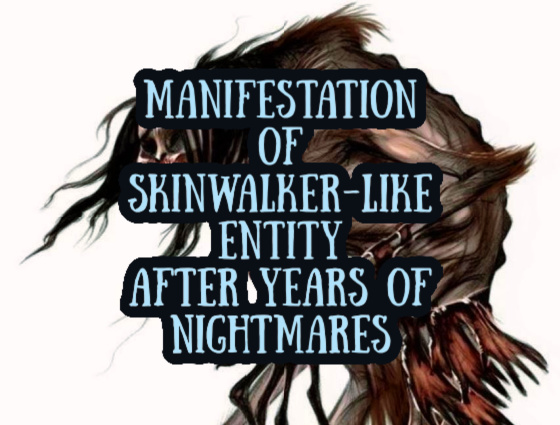 A woman claims that her native adoptive mother has been experiencing terrible nightmares about a skinwalker-like being. She recently observed it while awake. Her son also saw an unknown entity.

"I'm not sure how to word all of this, so I'll just dive right in. It's been going on a long time and is getting more complicated.

My adoptive mom, who lives about 4 hours from me, has had nightmares about this creature since she was pregnant with my little sister who is now 15. It is always the same nightmare and it usually brings her insomnia before something really bad happens. She started having insomnia again recently so I poked and prodded for a while until I finally got her to tell me about what was causing it. She did NOT want to share with me because it scares her very badly and she didn't want anyone else to know.

She said she thinks she's dreaming of a Skinwalker and described it as something vaguely humanoid but with animalistic features and very pale with long hair like a human's. It has absurdly long fingers and claws and animalistic feet and legs like a dog's back legs. It smells very bad, like something dead. In the dream it is stalking her and when it tries to kill her she wakes up.

Now most of this is just dreams and while she was telling me I was trying to think of a way to soothe her so she would have less nightmares. But then she told me she saw it in her room with her own two eyes when she woke up the last time she had the nightmare. The setting is very different in her dream so she doesn't think she's having a sleep paralysis experience. She says she's positive she is awake and she cannot blink her eyes. She wants to look away and blink so it will be gone and she can't.

When she finally does manage to blink, it's gone but she has the creeps and can no longer sleep.

Scary. Maybe sleep paralysis. I was telling her to talk to her doctor about her medication in case it's causing this. We did not tell my brother who is also adopted and lives about 3 hours from both of us.

Last night my brother called my mom in an absolute panic saying his dog and two cats woke him up growling and puffed up. He said he could SEE what they were looking at but it was like a shadow and he took a picture of it. Unfortunately, the flash wasn't on but he caught a photo (below) of the thing's hand. In his bedroom. He had no prior knowledge of our mom's nightmares. 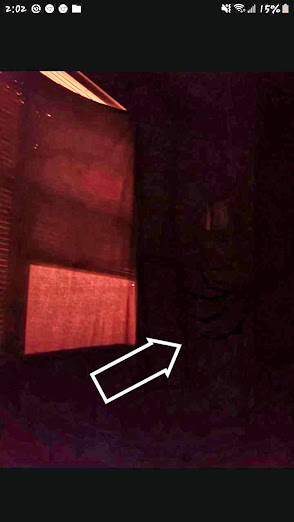 My adoptive mom is descended from Cherokee natives, she doesn't know the percentage but she resembles Cherokee very much. My brother is also a percentage Cherokee but doesn't resemble it as strongly. I am as well but smaller percentage than either of them and I have not seen the creature, at least as of yet.

My mom is furious and my brother is terrified. We are looking for any help we can get. Neither of them slept last night." NT

"My mom says this image is very close to what it looks like. Differences are the creature in her dreams (and now my brother's bedroom) is naked and has much longer hair. It's also much more pale.

I am encouraging my mom to reach out to an elder, but she's afraid it will make things worse. She said that seeing the thing with her own two eyes makes her feel like it could hurt someone and it showing up in my brother's room made her feel worse about that." NT 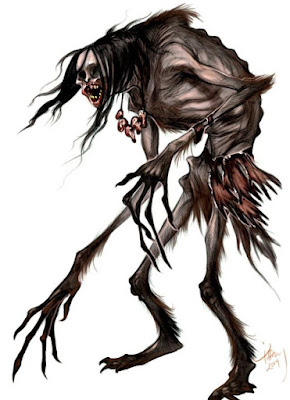 NOTE: I'm a bit vague on the location. I have asked for further information and will update. Lon