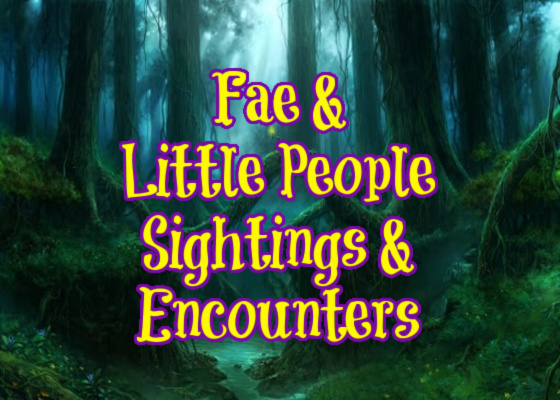 6 accounts of Fae & other little people sightings & encounters. Have you ever had a similar incident? Do you believe that these are corporeal beings or supernatural manifestations?

"One day, back in the 1980s, my twin sister was coming home from cheerleader camp. As they were boarding the bus to come home she sat at her window seat looking out at the forest. She said something caught her eye. When she focused in and looked carefully she said she saw what looked like a leprechaun type of small being. It was peeking out from behind a tree. She said it smiled and winked at her. That is all she remembers. But since we are close twins, as soon as she got home from camp she was immediately excited to tell me about seeing this strange being!" KA

"I’m originally from a small town near Porterville, California. I was visiting my sick grandmother with my 2 small children. It’s was early 1998. We were sleeping on a sofa bed when I just immediately woke up to this thing standing at the foot of the bed just staring at me (us). I say he was maybe 3 feet tall. Dirty blond shaggy longish hair. Clothes that looked tattered and slightly dirty. He looked old. His features a little exaggerated. And by that I mean his nose and ears were really large. His eyes were dark. He had no hat or anything you would associate with a gnome. I was frozen!

When my son (5yrs old) sat straight up and screamed, “Aaaaaaaaa! a monster!. Of course, I turned to look at my son, then back to the gnome thing and it was gone. It was so crazy to me. I wasn’t sure if it was real or a shared dream.

Years later I saw that episode on 'Monsters & Mysteries' and it clicked. Porterville is only about 12 to 15 miles from my grandmother’s house. Only difference was the lady in the episode was tormented by it. We were not. Always teased my son that he was a changling." CC

My father saw what I can only extrapolate was a gnome, when he was a very young child. When he was a kid around 7-9 years old, he suffered very bad night terrors that would wake him up and keep him awake all hours of the night. Sometimes, to calm himself down, he would take his pillow and blankets and make a place to sleep beside his older brother's bed.

Well, one night he had a nightmare and went into his brother's room to go to sleep. He got comfortable on the floor, and when he looked under the bed, he saw a man standing there. He said he couldn't have been more than about 3-4 inches tall. His skin was white, and his clothes were all green, with a green pointed hat a long beard. My father told me he emanated with a bright, green light and when he looked at him, he didn't feel any malice or anything, just confusion at what he was seeing. After a few seconds staring, he said he blinked and it just vanished.

My aunt (dad's sister) had stories of seeing a 'little woman' in her mother's garden, which I can only assume was a fairy of some kind. My father's family is second generation Irish immigrants, I wonder if such things follow people across the ocean." HB

"When I lived in Mt Shasta, California, my girlfriend and I came home from a trip once and the back sliding glass door was cracked open. We lived in the middle of nowhere so it wasn’t a big deal, but we definitely didn’t leave the door open before we left for the trip. It happened while we were gone.

I had seen all sorts of Fae in the woods around our house before. We were very tired from our trip, completely sober, and we both fell asleep on the couch. A few minutes later we both awoke from our sleep and I said to my girlfriend, “I just had the weirdest dream. Two dark spirits were swirling around the living room. They were holding me down so that I couldn’t move.” She replied, “You’re kidding me, I just dreamt the same thing except the two spirits were holding me down and taking advantage of me (sexually of course).” To this day I believe we were visited by an entity associated with the Fae in our home." DC

"As a kid there was an army of gnomes I would play with. One was slightly taller and he was the leader. They were invisible but also blue-colored. Imaginary friends? Yes. But they were almost like that weird phenomena where people create real imaginary friends. They were so real to me.

As I got older they stopped appearing to me. As a middle schooler, only the leader would appear to me. He said goodbye to me during a family trip to Disney World. He jumped out the car window. The little dude is somewhere in the Everglades." BA

"I had an experience when I was pretty young, maybe around the age of 6? I woke up in the middle of the night and to my astonishment there were a bunch of what I can only describe as very small gnomes running around everywhere! They were probably only a couple inches in height, and they were almost ethereal, like glowing with a very faint white light. I can't recall their clothes, but they definitely had the classic gnome hats. I was so freaked out that I ran downstairs and tried to wake up my parents. There were so many of them, just running around, almost like a swarm of them or something. They were running up and down the stairs and all around the house, pretty fast too. They didn't really seem to notice me, but I sure noticed them!\

I don't think I was dreaming as I was awake enough to go downstairs to my parent's room, and I've never had a sleep walking incident that I can recall. I don't remember much after that besides shaking my Mom awake and her escorting me back upstairs, and they were gone by then of course. I never really talked about it because I know how absurd it can sound to people, but damn that was real as hell for me. I can still picture the little buggers. This was in Minneapolis, Minnesota around 1994. I never saw them again after that." BB 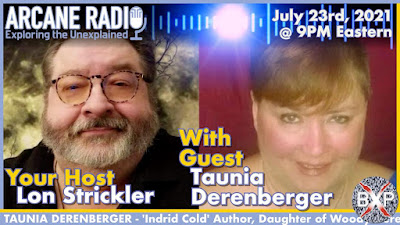 ARCANE RADIO - Taunia Derenberger, INDRID COLD History Author, Daughter of Woody Derenberger
Join host Lon Strickler on this week's ARCANE RADIO for an interview with Taunia Derenberger, daughter of INDRID COLE encounterer Woodrow Derenberger and author of the book 'Beyond Lanulos: Our Fifty Years with Indrid Cold.'
Taunia Derenberger graduated Summa Cum Laude with a Bachelor’s degree in Business with a concentration in marketing and public relations.
She was born on March 22, 1963 in Parkersburg, West Virginia, and is a mother of five. Her father, Woodrow W. Derenberger, worked for Union Carbide before becoming an appliance salesman and world-famous UFO contactee.
Taunia was involved with her children as a parent, as she was a girl scout leader for fifteen years, carrying three troops for two years and was on the girl scout council board for three years. She was involved in band and choir for her oldest daughter for five years and was also involved in the local ROTC for her oldest son. Taunia has also been the organizer of the Walk MS group for many years in Parkersburg. She is a national, state and local advocate as she wants to lead advocacy on multiple sclerosis.
Join us this Friday, July 23rd at 9PM ET / 6PM PT -  Watch LIVE w/ chat on the Beyond Explanation YouTube channel or at Beyond Explanation on Facebook
Listen to our podcasts at the 'Beyond Explanation' YouTube channel
********** 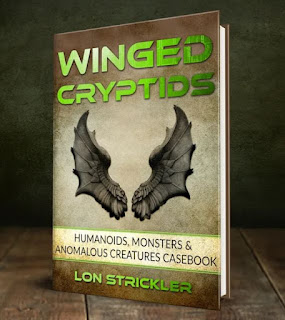 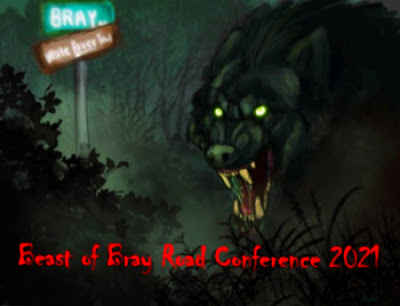 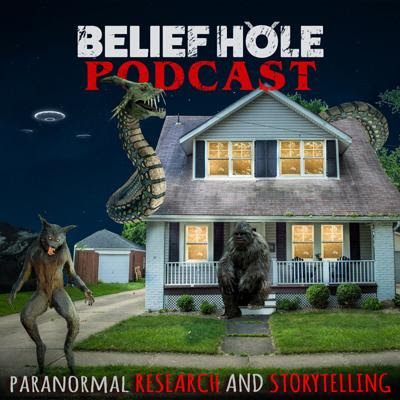