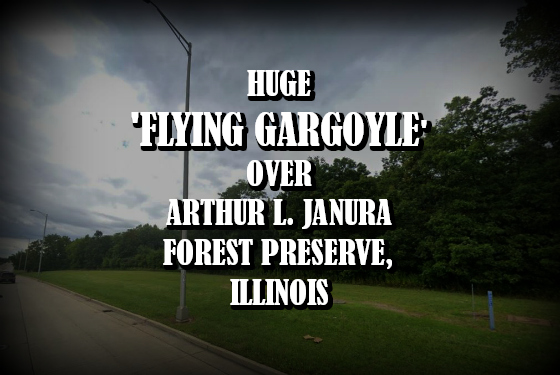 An eyewitness driving home from work observes, what she believes to be, a plane gliding over the treetops. That is until the object begins to flap it wings!

I recently received the following email:

"I believe I saw it as I was driving home from work, heading south on Barrington Road. It at first looked like a small plane, so I wasn't really paying much attention until it started flapping its wings and flying towards the preserve area as if to land. It was a split second sighting and I could not believe what I just saw." LG

I eventually received a telephone call from the witness, where she went into a bit more detail:

The witness was traveling south on near Hoffman Estates, Illinois and just northeast of the Arthur L. Janura Forest Preserve in Cook County. This particular preserve is a huge sprawling wooded and open location that is utilized by many of the local residence for recreation.

The date is uncertain, but was in early December 2019 between 4:30-5:00 pm local time. There was still plenty of light available for a good observation. The witness was driving home from work and noticed, what she originally thought was a small plane, gliding over the treetops of the preserve. She didn't think much about it, even though a plane flying this low would be very unusual. Then the wings began to flap slowly. LG was shocked at the size of this being as it continued south over the preserve.

LG states that it was dark or black in color and had a humanoid shaped body. She was unable to see the head, but described the overall shape as a 'flying gargoyle.' The wingspan was quite wide, the reason why LG thought that it was a plane. She was unable to make out the wing structure. She said that she observed the winged being for about 20 seconds or so, before it descended into the trees. She had actually thought about going into the preserve to investigate, but changed her mind since she had no idea what she may confront.

She later started searching for answers online, when she discovered a few sightings reported to me in the general area. In particular, the humanoid owl previously seen in October 2019 by a couple in Hoffman Estates, Illinois caught her attention. There was also a bat-like cryptid encountered in Barrington, Illinois in September 2019. As the witness continued reading the sighting reports, she eventually decided to contact me with her incident. She was unaware of any of the winged humanoid activity that had been occurring in the Chicagoland area previous to her sighting.

The witness was very straight-forward and lucid. I truly believe that she witnessed something unexplained and out of the ordinary. Lon 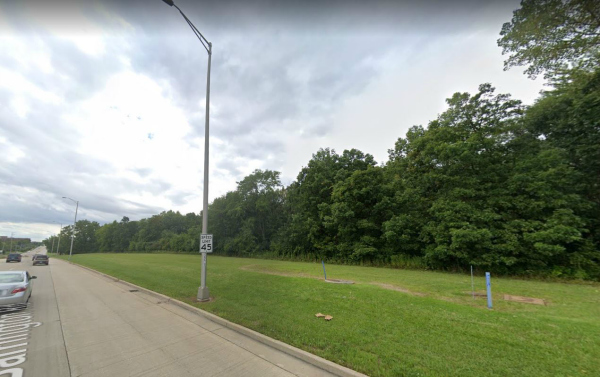 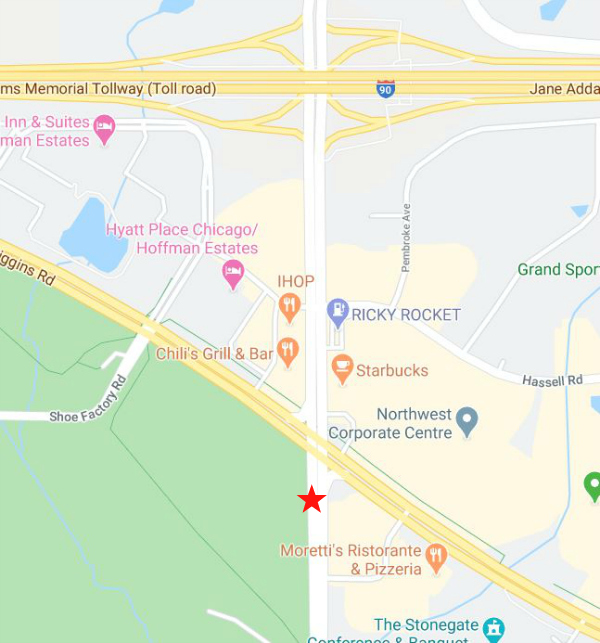 
Have you had a sighting of a flying humanoid or huge bat-like creature in the Chicago, Illinois metro area or nearby? The entity has also been referred to as the 'Chicago Phantom', 'Chicago Mothman', 'Chicago Owlman' & 'Chicago Man-Bat.' Please feel free to contact me at lonstrickler@phantomsandmonsters.com - your anonymity is guaranteed. Our investigative group is conducting a serious examination of his phenomenon. We are merely seeking the truth and wish to determine what eyewitnesses have been encountering. Your cooperation is truly appreciated. You can call me directly at 410-241-5974 as well. Thanks. Lon Strickler #ChicagoPhantom #ChicagoMothman