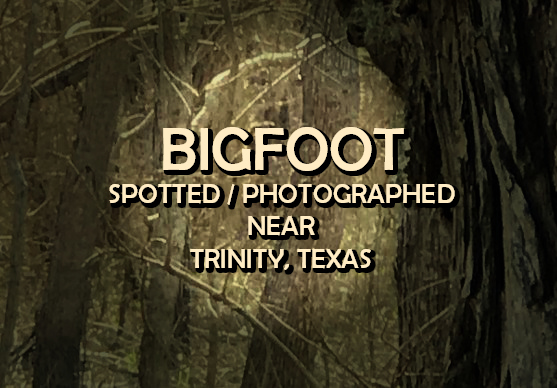 MB stated that he and a companion were at a local pond, scouting a future hunting location. The area is well-known for upland game. The area around the pond is very marshy, with a thick mesquite stand surrounding the opposite side.

As the pair walked towards the pond, MB noticed movement in the trees. A 7-8 ft. hairy being stepped out from behind a large tree, and began to sway back and forth approximately 40 yards away. The being seemed to be taunting the observers, though there was no sound. MB said that it had a very broad body and that the hair color blended in with the mesquite trees.

MB and his companion realized that they didn't have their phones with them, so they immediately went back to their truck. While in the truck, MB searched Google in order to make a report and then contacted me. He told me that he had seen the Bigfoot only 20 minutes earlier, and that they were going to go back towards the woods. I asked him to stay in contact.

Approximately 10 minutes later MB called back and stated that they had gotten within 30 paces (he later stepped off the distance) of the Bigfoot. He was very excited and said that his companion had gone further into the woods to try a get a photograph. 15 minutes later, I received the unretouched photo posted below. MB called and said that this was the clearest photo that they could obtain at a distance of 50 yards or so.

MB said that they were surprised that they had these multiple encounters because the area was often-used for hunting and that they had not heard of any previous sightings of a Bigfoot. The pair plan to continue observing the area in order to gather further evidence. Lon Sasquatch in Texas: The Track Record

Monster Hike: A 100-Mile Inquiry Into the Sasquatch Mystery

Hunting Apes in America: My Life as a Bigfoot Hunter

The countdown is on! 3 Months to go and only 46 discounted tickets left and 100 regular priced tickets after that. Once they sell out, NO TICKETS will be sold at the gate! Do you really want to miss out on what's sure to be the Biggest Bigfoot event in Pennsylvania this year??!! Get'em while you still can at www.pabigfootcampingadventure.com 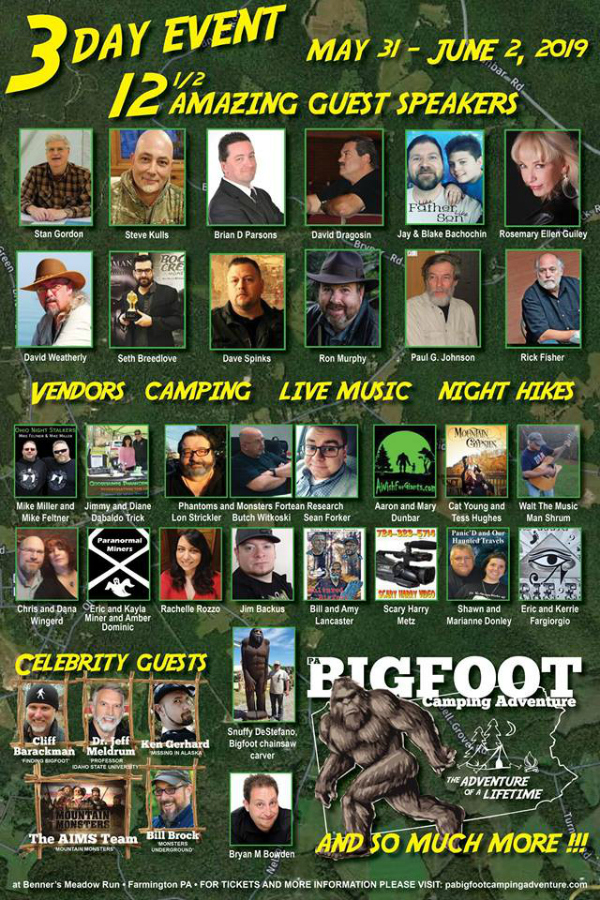