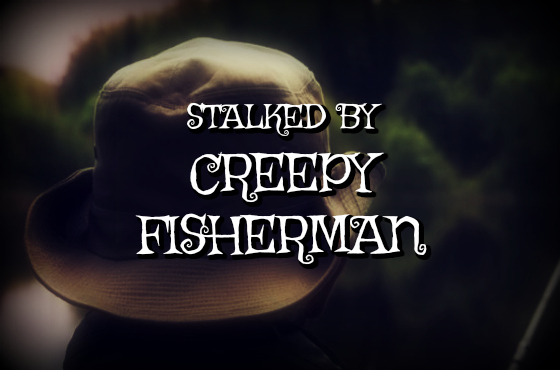 This encounter takes place when I was 13, June at the time. Myself and three of my friends, aged 13-14, who I'll call Sam, Cam and Ned, take a four-day camping trip on the Wisconsin River in Southernish Wisconsin. I have a LetsNotMeet story for just about every state park or natural area of note in the state of Wisconsin, many involving this gang of kids. I Just remembered this one today so I thought I'd share. For those of you who aren't familiar, the Wisconsin River is relatively long, relatively wide, and has long shallow stretches as deep as a couple inches to a couple feet; you have to walk your canoe through some of it. Moist sandbars run down the middle of the river.

The adult on our trip was Cam's grandma. Even well into her 60s, she had wilderness skills. She has incredible stories, from viciously biting home invaders to protect her daughter, to hiking through remote mountains at midnight and sleeping surrounded by wild horses. Major "peace, love, and happiness" type from the 60s. One of the most fascinating people I've ever met.

Anyway, we set up camp on a beach about 3pm on our first day. There's a lone, still fisherman slightly upriver from us. This is strange given we're mostly in the middle of nowhere, but there are occupied properties here and there on the river, so it's not crazy. Immediately after we arrive, grandma realizes she forgot her coffee cup in the car. What the hell, grandma. She decides to make the kayak trip by herself back upriver to where we parked, just to grab the cup and come back. Left alone, us boys go off to play in the river shallows.

Landscape-wise, there's our beach, with dense forest behind it, and a strait about 90 meters across between the beach and a sandbar. We're screwing around in the shallows for maybe 30 minutes. Then I remember being on my stomach in the water and looking up at Sam staring all glazed into the distance. We all look. The fisherman from earlier is on the sandbar about 50 feet from us. None of us remember him getting so close, especially since he has no boat and would have to wade through the water. I remember there being a strange glare from the sun so we couldn't make him out perfectly, but he was a thick man with a droopy long-brimmed hat. We could not see his face but collectively had the feeling he was looking at us. It was obvious he knew our adult left, and decided to close in. The timing was perfect. "Whatever," we say and head back to the tent.

We're behind the tent for maybe a half hour playing cards and gathering firewood. We take turns peeking around the tent to check on the status of the fisherman. He's moved in, off the sandbar, through the shallows, practically on the shore of our beach. Yes, the river is an open area, but it's unspoken that you wouldn't wander onto someone's campsite, especially when kids are alone there. We're weirded out, and Sam, being a badass 13 year old, breaks the ice by waving his arms and yelling at the man "hey! what's up! hey!" No response, but man turns his body towards us, staring, completely still, like wildlife caught in headlights, or Bigfoot in one of those blurry photos. After a few seconds, he does a 180 and just starts walking away from us straight back into the water, like he intends to keep walking until the water comes up around his face. Cam says something along the lines of "what the hell, Sam" and we move to hang out at the other end of the beach.

It's been 3 and a half hours since grandma left, and we have no idea when she's supposed to be back. We're on the complete opposite side of the beach from our camp, and due to the forest we couldn't even see it. But as we round the bend again, we see the man standing on the shore, practically on our campsite. He's walking around our bags, like he's patrolling the perimeter of the camp. Not his camp, our camp. Little more than a silhouette. And he has something. Not a fishing pole. I was never brave enough to get close and check it out in detail, but all three of my friends will tell you he had a rifle. Over his shoulder. From where he got it we don't know. He should've been able to see us from where he was, but he didn't close in any more. We decide to play it cool all the way over behind the trees where we are. Luckily, grandma arrives on her kayak shortly. We call her over to us to tell her everything, but I swear to you, by the time we pointed over her shoulder to show her the fisherman, he was gone. Like a vision. We saw him one more time, late that night we were having a fire. The moonlight on the water illuminated his shape all the way back across the river where we saw him the first time, fishing in darkness. We said "f*ck that guy" and went back to making torches.

I remember digging my phone out of the waterproof box, and trying to send this blurry, creepy picture of the fisherman to my friend as proof. Due to connection, she never got the image, but one text message went through to her that read something like "He's back. He's like a weeping angel or something, coming closer only when you look away. I wonder if he'll be in my tent when I wake up." - BD