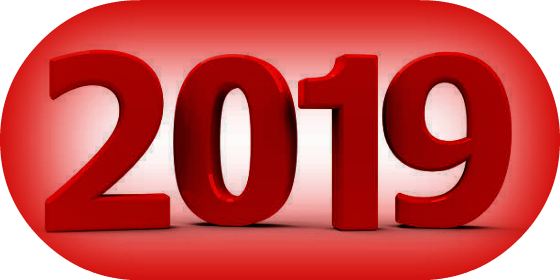 After an absence of a few years, I have decided to offer a few of my 'predictions' for the upcoming year. That being stated, the current politically charged atmosphere makes it difficult to alleviate that factor from my forecast...though, I will try my best to limit my civic opinions. Anyway, here we go:

- I feel that the upcoming year will signal the beginning of an unique open-mindedness to the future of our planet. In particular, how we view our relationship with EBEs and how environmental / climate changes directly affect that liaison.

- I told a dear friend in 2017 that I believe that there will be an enormous change in the U.S. government in late Autumn 2019. I'm sticking with that prediction. I fear internal unrest in Hungary, Italy & Great Britain.

In 2015, I sensed that there would be an increase of bizarre cryptid sightings and encounters over the next few years. For the most part, that has panned out. Overall, things have gotten stranger! The world has experienced a vast array of unexplained anomalies recently. I believe that this trend will continue; more eyewitnesses are coming forward because they want answers. Lon
Lon Strickler at 7:35 PM
Share
‹
›
Home
View web version