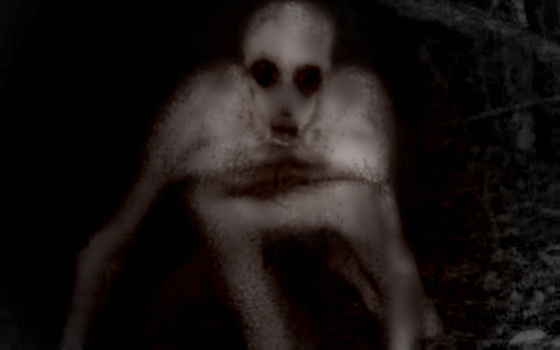 I live in a nice little seaside town in Canada that has many of these little swamp/bogs in certain parts of town. Usually not a lot goes on in these bogs as you can't really build in them and there's not a lot that lives in them except for maybe some frogs and muskrat. Anyways, one Friday night about 4 years ago I decide to take a break from my university studies and go for some drinks at the local bar with some of the boys. It was a really good night with lots of drinking to be had and around a bit after 3 in the morning I decide to start walking home as I only live about 15 min away. I was about half way home when I noticed something unusual at one of these bogs.

From what I could see it seemed there was some kind of light coming from the water. At first I simply told myself it was probably just my drunk mind playing tricks on me but alas curiosity, with help of some liquid courage, got the best of me and I decided to approach the light. It is what I saw then that I still to this day can not make sense of.

What appeared to be giant slug/leech looking creature started to crawl out of the bog with what seemed like two very muscular front arms. As it crawled out further I got a better glimpse of it body, approx 5-6 feet long and about 3 feet tall. I did not seem to have any hind legs just its front arms but did seem to have a slimy underside as it moved quite fast and left behind a somewhat noticeable slime layer. The bio-luminescence was coming from a massive bulge located on his forehead and extended down his spinal column. I was complete stunned by what I was seeing and could not move as my body went completely numb.

At first the creature clearly did not notice me as he was headed in a direction perpendicular to mine. I assume that because he did not initially see me that the creature may not have great eyesight or any eyes at all. It must also had a poor sense of smell as it was not drawn to me. It was only when I let out a foolish and loud "WTF is this thing" did the abomination stop dead in its tracks and turn its hideous head at me. It was at this point I could clearly see its 2 large black eyes open up from its eyelids and stare directly at me. As soon as it saw me its bio-luminescence went out and I was left blinded in the pitch black. I heard a horrific screech almost like a birds scraw but much lower and sounding like it came from deep in the gut. I could hear the creature start to charge at me as I could hear its large body cut through that tall bog grass. My fight or flight instincts kicked in and you can be damn sure I chose flight. I picked out the nearest street lamp and ran as fast as I could through the grass till I got to it. When I got back to the street I was surprised to see no sign of the creature behind me.

I'm unsure if it wanted to harm me or just scare me out of its bog as I had seen it moving at an alarming rate as it initially left the bog water. Surely it could have caught a drunk, staggering 22 year old man? I went home after that and vowed never to go back to the bog. After I finished my degree I moved to Toronto and haven't been back since, I still can't come to terms with what I saw that night and I'm not sure I want to. I'm posting now to get this off my chest and see if anyone has had a similar experience or if they can make sense of this. koalakev

“A couple years back, in my country, The Netherlands, Europe, in clothing store: Primark. I was with my ex girlfriend. She wanted to shop there. When we entered, my ex wanted to browse the clothing racks on the ground floor first. This is where I saw it. It still gives me the creeps thinking about it. My ex was browsing the jeans area and yelled at me because she wanted to show me something. Behind her I saw an old lady with a daughter. The daughter was huge in size, not height but width, wore an obvious black wig on her head. Her head was huge, was bowl shaped, and hang all the way back to the neck. The wig was so fake you could see were it started and ended. Her face was covered with heavy foundation. So heavy, that you couldn't see any real skin. Now the thing that still gives me the creeps were her eyes. Her eyes were snail like, like tubes with an eyeball sticking out. Each tube started on the side of her large head. One left, one right. I was stunned and froze. I didn't want to look at the being but it was standing behind my ex. I softly said we had to leave the store. My ex had no idea what i was doing. On the way out of the store, I heard a girl scream, I think she also saw the being. The being was normally dressed, skinny jeans, but from the head to her middle it wore a large shirt so you couldn't see any form. We still shop there sometimes, always hoping I don't run into it again.” - pleasebringmeback 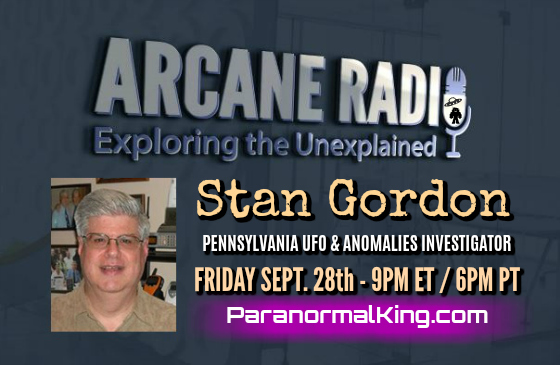 Facebook event announcement: Stan Gordon - Pennsylvania UFO / Anomalies Investigator - Arcane Radio
Join me as I welcome Pennsylvania UFO / anomalies investigator and colleague Stan Gordon to Arcane Radio. Stan began his interest in the UFO subject and other strange incidents at the age of ten in 1959. He began in the field investigations of UFOs and other mysterious events in 1965, and is the primary investigator of the December 9,1965 UFO crash-recovery incident that occurred near Kecksburg, Pennsylvania. Stan is a former PA State Director for MUFON, and has been involved with the investigation of thousands of mysterious encounters throughout the Commonwealth of Pennsylvania. His 3 books, 'Really Mysterious Pennsylvania,' 'Silent Invasion: The Pennsylvania UFO-Bigfoot Casebook,' and 'Astonishing Encounters: Pennsylvania’s Unknown Creatures' are the culmination of his extensive field research. Stan was recently featured in the documentary film 'Invasion On Chestnut Ridge.' His website can be found at www.stangordon.info. This should be a very informative and entertaining show! Join us this Friday, September 28th at 9PM ET / 6PM PT on ParanormalKing.com - Meet us in the chat room...just click the banner or go to www.paranormal.olicentral.com
Listen to our podcast at Arcane Radio on Podbean. You can also listen to the podcast at Arcane Radio on Stitcher - iOS, Android and the Webplayer. Please consider becoming an Arcane Radio patron. Thanks...Lon
**********

The Weird and Mystical World of Sleepwalking

A Haunted Ghost Town Full of Ghosts in Arizona

The Dead Beneath London’s Streets

My Friend From Beyond Earth: The Wisdom of Valiant Thor 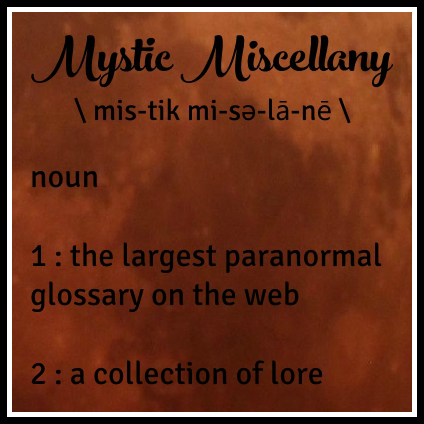