Daily 2 Cents: While I Sleep -- Pyromaniac Entity Plagues Family -- 'I heard my name...' 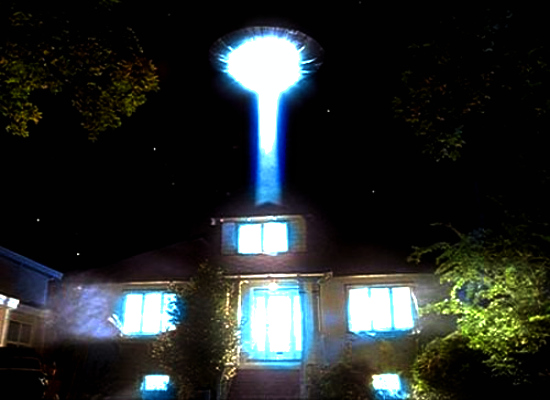 Sir - I am 43 years old and come from a military family, with my maternal grandfather having possible ties to the US Government and other extraordinary facts about him. Since the beginning of July 2013, I have had more obvious signs that something is going on while we sleep.

On the morning of July 1, 2013 I woke up feeling more exhausted than usual. While walking to the restroom, I noticed a triangular shaped (series of dots) bruise on my thigh, just above the right knee. Thinking that it was curious to have that shape there. About a week later, I had one on my other leg, same shape and same size, and was more toward the inside of my thigh.

I wake up with various bruising and that sort of thing, but never think that much about it. These things were coming to be more frequent and definitely more blatant. On the morning of August 17, 2013, I woke up to having a badly bloodshot (left) eye. It felt like I had something scratched it, even after it has appeared to heal. I also had small bruises and a strange series of puncture holes in a crescent shape on the top of my left thigh. The previous year, I can’t give you a date, but sometime before September 2012, I woke up to a feeling like there was something in my left ear. I find it more than coincidental that this is my left thigh (crescent shaped puncture wound), left ear and left eye. I have not been to a doctor for several reasons. I don’t have insurance, I don’t like doctors, and I am afraid of what they might think and what they will do to me.

On Sunday, August 31, 2013, one of my dog who sleeps in my bedroom woke me up at about 4 am in a panic. She was attempting to hide behind the nightstand, and panting. I took her to the emergency vet, and they have found nothing wrong with her. That is when I decided to do more research, look for investigators, support groups, etc. Whatever was happening, it also affected my animals, and that is not okay. They cannot speak for themselves and I have no memories of anything, so I need to find out. I am finding it difficult to find anyone locally.

It started over 4 years ago and is still occurring, but to a lesser degree. Do you believe I am being abducted? If you can offer any help, I'd appreciate it. KL

Winter Garden, FL - 2/26/2015 05:30: I was asleep and a very tall being appeared to me. It was approximately seven feet tall, it was wearing a dark cloak with colored rings on its collar (orange and yellow). It had the appearance of a very important creature. While it looked like a typical "Grey", it also had a very human appearance. It didn't look straight at me, but slightly to the right; therefore I was looking at the left side of it's face.

It spoke to me in English, but it's lips didn't move. It said, "I am a well-known member of your society. You know who I am. I am Alien number six.".

I responded, "Who are you? What is your name?" It bend to it's right, but I woke up. NUFORC

A woman named Janice called in to tell of something strange that happened when she was young:

“Now years ago, Sunday morning, I was, I don't know, 11 years old. I was in grade school. Mom was in bed with me, lying on her side. So she didn't know I was laying on my back awake. And I heard my name. She jumps up. I said, 'You heard that?' Then the phone rang. The gal that lived around the corner found mom's lost house keys near a mailbox a half a block away. I was thinking, why did something have to say my name for Sandy to call? But it was something I will never know who or what it was. Mom went in the front room and asked dad, 'Did you call Janice?' He said, 'No, I was sleeping.' It was just one of those things you question in the middle of the night. Weird.”

Il’fat and Alsina Musin are newlyweds living in Nizhnekamsk with a baby. The family appealed to local journalists after the tired to endure harassment by aggressive supernatural forces, reports the Chronicle.info with reference to Esoreiter.

The young couple claim that wherever they live (and they have to constantly change residence, renting flats), there is a fire. Nizhnekamsk citizens diligently adhere to all fire safety regulations, however, the fire appears as if from nowhere.

It looks the most ordinary Russian family, but the couple are convinced that they are pursued by ill fate. Il’fat and Alsina rented accommodation, and for the last time they had to move three times. All because of spontaneous combustion in their rented apartments. Once erupted so strong a fire that the persons have burnt down almost all things. After that Musin did the repair room, but the calm was short-lived, and turns the fire forced them to seek a new home. Our compatriots moved from the hostel in a rented apartment, but there their life was in danger. Of course, most of all the husband and wife fear for her little son. Read more at 'Pyromaniac Poltergeist' Plagues Russian Family


Donations for the 'Phantoms & Monsters' newsletter, blog and subsequent research are essential and always appreciated. You can use one of the donation buttons or go to Paypal.com and use my email lonstrickler@phantomsandmonsters.com as the payee. Thanks again for reading and for your continued support. Lon
Please help support
'Phantoms and Monsters'
Thanks!
**********

Keep Out!: Top Secret Places Governments Don’t Want You to Know About

THE REAL AMITYVILLE HORROR: The True Story Behind The Brutal DeFeo Murders 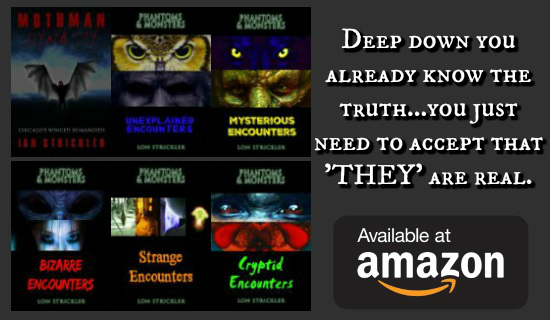 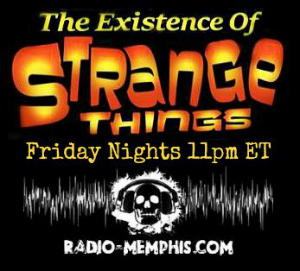 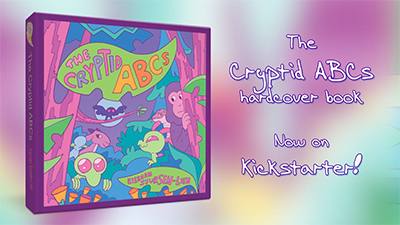 On this day, November 27, 2014, in accord with 15 U.S. Code Chapter 107 - Protection of Intellectual Property Rights, I declare that my rights are attached to all personal data, voice recordings, photos, art, text, titles, etc. published or reproduced at any media source. For commercial and/or recreational use of the foregoing my written consent is required at all times. By this release, I tell all unauthorized person and/or parties that it is strictly forbidden to disclose, copy, distribute, broadcast, or to take any other action against me on the basis of its contents. The actions mentioned above apply equally to employees, students, agents and/or other staff under the direction of the offending parties. The contents of my profile include private information. The violation of my privacy is punished by the law (UCC 1 1-308 - 308 1 -103 and the Rome Statute) NOTE: Any use of witness information, which includes any attempt to contact a witness or persons involved in an event, is strictly prohibited without the written consent of Lon Strickler.