The Truth That Was Out There -- Part II 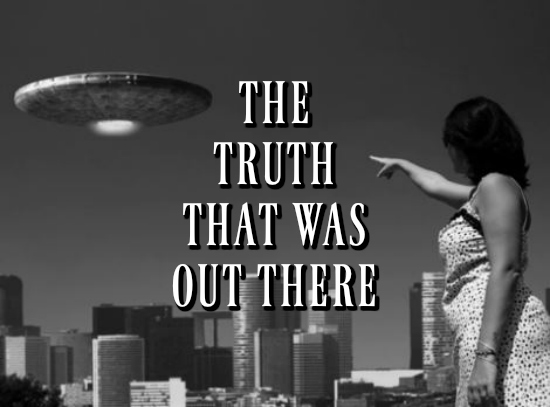 The Truth That Was Out There: Long John Nebel’s Fight Against the Censorship of Flying Saucer Reports, Part II

By Raymond Keller, a.k.a. “Cosmic Ray,” the author of the international awards-winning 'Venus Rising' trilogy of books 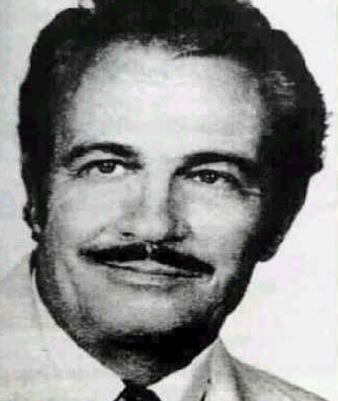 Highbridge, New Jersey, contactee Howard Menger (1922-2009), a frequent and most popular guest on Long John Nebel’s Party Line radio broadcast, generated a storm of controversy over his claims of meeting Venusians that landed their flying saucer in his backyard apple orchard. Photo is from Keller Venus files.
The sign painter and the Venusians

The subject of flying saucers is what kept listeners’ ears glued to Long John Nebel’s Party Line program, broadcast over WOR-Radio out of New York, seven times a week, from 1 to 5:30 a.m. And of all the experts on this extraordinary subject that ever took a turn in addressing Nebel’s ever-growing audience, it was the New Jersey sign painter Howard Menger who proved the most attractive, yet controversial. Ben Gross, a radio and television reviewer for the New York Daily News, took note in the 10 February 1957 edition of that newspaper, that the Party Line was the perfect venue for the increasing number of “off-beat connoisseurs” in the radio market.

In an article entitled, “Venus Flying Saucer Gave Him a Lift,” media correspondent Gross wrote that, “There’s a fellow out in Highbridge, New Jersey, who says he has regular contacts with men from Venus. They land in his apple orchard via flying saucers. But that’s not all. By means of some mystic mumbo-jumbo, known as teleportation, he vows he can transport his body or any object from one place to another. Air lines, railroads and bus companies, please take notice!”

Gross insisted that he wasn’t making this story up and neither had he been imbibing of any alcoholic substances. “No such thing,” he insisted; and he added that, “I could pass the drunk test in traffic court anytime.

“The truth is I’ve been listening these many nights to the Party Line conducted by Long John over WOR-Radio; and I’ve tuned in so assiduously that no matter how fantastic a story you might tell me, I’m eager to listen.”

Of course, while the renowned journalist Frank Edwards covered the “nuts and bolts” technical aspects of the UFO phenomenon over Mutual Broadcasting’s day-time programming, it was up to Long John Nebel to provide the night owls with all of the esoteric information coming from the contactees, psychics and others tuned into the more metaphysical planes of existence. In this regard, the Daily News reporter dubbed Long John Nebel, the “Chef of the Imaginative Bouillabaisse.”

Nebel was particularly intrigued by the contactees and their alleged adventures with extraterrestrials. However, Nebel would be the first to emphatically tell you that he does not necessarily “buy into” all of these contact tales. The pioneer radio talk show personality was definitely a hospitable fellow; and he did manage to keep an open mind about all the paranormal subjects that would come forth on his program, which first aired on 17 August 1956. The guests have proven quite eclectic. Besides the contactees, there have also appeared on the program spiritualists, believers in reincarnation, mental telepaths, practicing astrologers, individuals who can teleport themselves, authorities on cancer and fluoridation, hypnotists, mind readers, escape artists, science fiction writers, magicians, debunkers of bunko schemes, and many more. Often Nebel would bring cynics and doubters on the Party Line to hotly engage in arguments with his more flavorful guests as described above.

Over a Steak Dinner at the Pen and Pencil Restaurant

Both being journalists in the Greater New York area, Gross and Nebel agreed to meet over a steak dinner at the famous Pen and Pencil Restaurant, a well-noted hangout for people in the media. Of their meeting, Gross wrote in the Daily News that, “John is a 6’4”, 170-pounder, with smiling blue eyes and crew-cut brown hair. A former ‘mind reader,’ carnival and street corner pitchman, band leader, ‘super-salesman,’ and manager of the world’s largest photographic supply store, he glows with boyish enthusiasm.”

Gross went on to further describe Nebel. “His youthful zest causes one to doubt the accuracy of his birth certificate, as this formal document says he was born in Chicago, 11 June 1911.”

At the restaurant interview, Gross asked Nebel, “Which topic discussed on your show has drawn the most mail?”

“Flying saucers,” said Long John Nebel, adding that, “The majority of the 50,000 letters we’ve received are concerned with these UFOs. Other big mail drawers are teleportation, cancer and fluoridation.” Teleportation would be considered the transportation of a material object via mental or spiritual means, through time and space. 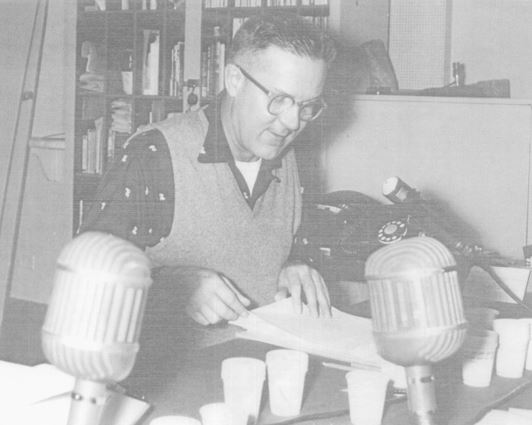 Gross: “What is the story told on your program which you regard as the most interesting?”

Nebel: “That of Howard Menger, a sign painter, of Highbridge, New Jersey.”

Nebel: “Well, Howard is a nice, gentle and average appearing a person as you’d want to meet. He seems to be utterly honest and sincere. He lives in his small home and, according to him, within recent months flying saucers from the planet Venus have landed in his apple orchard three times.

“As he tells the story, which his wife, Rose, says is absolutely true, he has not only talked to outer space visitors who have arrived in a saucer, but actually taken a 17-minute trip with them in their wondrous craft. Furthermore, says Howard, he has 25 witnesses to these incidents. And, of course, he claims he is also regularly in contact with these spacemen via mental telepathy.

“But this isn’t the most remarkable part of Menger’s many unusual experiences. He says that one night, just a few weeks ago, in response a telepathic message from spacemen, he drove in his station wagon toward Pennsylvania. While driving, he suddenly received another message to turn off a dirt road into a wooded area. He was sitting alone there, but nothing happened.

“Then, apparently with the power he has acquired, Howard teleported himself to his home in Highbridge, some 70 miles away. Or so he claims.”

Nebel: “Howard says he concentrated on appearing at his house. He visualized himself standing before his front door. He saw his sister-in0-law answering his knock and Howard took a pipe from his pocket and handed it to her. Then at 8:40, back in the station wagon again, Howard drove to a nearby diner and called his sister-in0-law at Highbridge. She told him that she had just seen him standing in front of the door…. That he had handed her his pipe…. and then had vanished into air.

“And later that night, after Howard had returned home, there it was. His pipe was on a table…. The one he had delivered by teleportation!”

Gross: “What do you think of this story?”

Nebel: “A psychiatrist, Dr. Nodor Fodor, says it’s possible, because it’s a matter of split personality and involves such things as time, space and another dimension.”

Gross: “But, do you believe this?”

Nebel: “Well, you have to admit that it’s interesting.”

There is little doubt in my mind that Howard Menger was telling the truth; for I have teleported myself on several occasions. In the introduction to my second book in the Venus trilogy, Final Countdown: Rockets to Venus, an account is provided by a witnessing paranormal investigator where I teleported from a youth center in Parkersburg, West Virginia, back to a campsite some ten miles away, in the presence of four witnesses. Attached to this article is a video from my office where I demonstrate how teleportation is accomplished with the aid of a nimbus, a Venusian device which augments quantum gravitational compression fields with the aid of an embedded Cytherium/Californium crystal.

“Faith is believing in things when common sense tells you not to.” – Fred Gailey in Miracle on 34th Street (20th Century Fox, 1947)

The program on the night following Menger’s appearance included the channeling of a 50,000 year old spirit from the lost continent of Atlantis. Remember, this was a time when the Congress was considering, at the behest of wayward psychologists, a ban on comic book heroes like Batman, Superman, and Captain Marvel and libraries were routinely being forced to ban books like L. Frank Baum’s The Wizard of Oz or (1900) or the more contemporary J. D. Salinger’s Catcher in the Rye (1951). Not surprisingly, a noted Indiana psychologist would launch a campaign to take Long John Nebel’s Party Line off the air for good, citing it as “rubbish” and declaring that it only served to “cater to those who want to believe in the impossible and the abnormal.”

To find out the details of this absurd campaign and the efforts of the government minions complying with the wishes of a dastardly Silence Group to black out Nebel from his expanding radio audience, don’t miss the next amazing article in this series, “The Truth that Was Out There,” right here on this website.