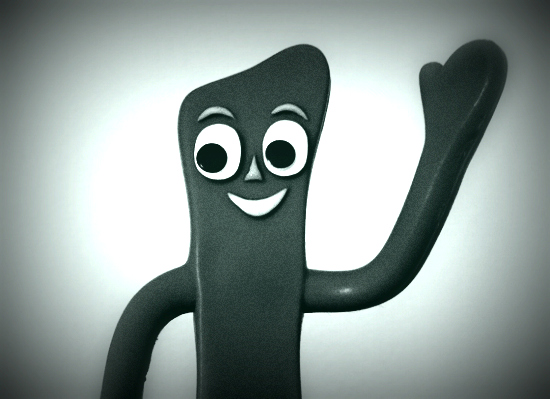 The following was posted at National Cryptid Society. Honestly, I don't know who runs this site...post was forwarded to me:

“I saw something reminiscent of slender man. Obviously slenderman is a creepy pasta but this isn’t slender man. There’s a farm behind my house, separated by a canal. The farm stretches maybe about 1000 feet back before it hits a tree line. A couple weeks ago, I was eating dinner and was staring out at the farm. It was maybe 20 minutes until nightfall.

I saw what looked like a really tall, gray version of “Gumby” walk out of the tree line, take two really large lunges, then disappear back into the tree line. It was much too tall to be a person.

It was flat but its legs bended in a way that looked like a plank bending. Like how a piece of wood bows when weight is put on it but springs back up when the weight is taken off. Its body, from where I could see it, was rigid. It didn’t look flexible aside from the legs and the limbs were fairly wide

The next night, at the same time, the same exact thing happened except my parents were with me. It walked on two legs but it was more like lunges or arching steps than human walking. I asked them if they saw that and they just said “saw what?”

Then it happened AGAIN the third night. So either my body is giving me random hallucinations in sync with my body’s time clock or there’s some weird Slendergumby demon living on the farm behind my house. I haven’t been home much recently so I haven’t been able to look for it again but if I’m able to. I haven’t seen whatever it was since those three times and was unable to get a photo of it due to how far away it was.

Its movements and stride were consistently the same all three days and it happened at the same time each night. I’ve yet to venture to the farm to look at the area that I saw it, but when I do, I’ll take photos of anything that looks interesting or out of the ordinary. This was in the middle of a very populated city so seeing something this outlandish in a human heavy area was quite strange. 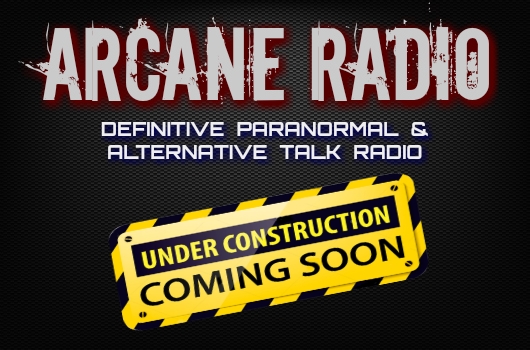 Update: Having tried multiple venues to do live; that don't seem to work out too well, we will be moving back to Recorded Podcast. We hope this will fix the inconsistencies in audio, and not disappointing our audience.

We haven't been very happy with the quality of our product, and will work hard to bring you NEW Content. We will continue to be as interactive with our audience as possible. Show topics and guests will still be promoted, and you will have the ability to ask questions via email or Facebook.

As always, thank you for your patience with us! -Sean, on behalf of myself, Lon, and Butch.

(Vatican Radio) Only Christ crucified will save us from the demons that make us "slide slowly into worldliness", saving us also from the "stupidity" that St. Paul talks about to the Galatians, and from seduction. This was central message of the homily of Pope Francis at his Mass, Friday morning, at the Santa Marta residence in the Vatican. He was reflecting on the episode in Luke’s Gospel where Jesus casts out a demon, which some people interpret as through power of the devil.

The Pope said the Lord asks us be watchful in order not to enter into temptation. This is why a Christians have to be awake, watchful and careful like a sentinel. Jesus was not narrating a parable but was stating a truth, i.e when the unclean spirit comes out of a man, he roams about in abandoned places looking for refuge and not finding any, decides to return to where he came from, where the freed man lives. Hence the demon decides to bring in "seven other spirits worse than him.” Pope Francis emphasized the word “worse”, saying it has much force in the passage because the demons enter quietly. Read more at Pope urges Christians to watch out against worldliness

A British man's heart stopped after he accidentally swallowed a 6-inch long Dover sole on a fishing trip in Boscombe, in southern England.

The man, 28, who was not named, went into cardiac arrest Oct. 5 after the fish jumped in his mouth, blocking his throat. However, paramedics were able to clear his airway after drawing the sole free with forceps.

Matt Harrison, an emergency responder for the South Western Ambulance Service, said he was on the scene in under two minutes. When he arrived on the dimly lit pier where the man was fishing, a friend of the man’s was already performing CPR. Read more at 6-inch fish leaps into man’s mouth, causing cardiac arrest 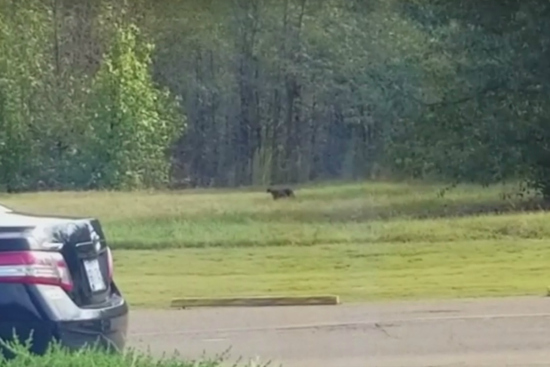 The sighting Wednesday of an enormous cat roaming a field in northern Mississippi has local residents on the lookout – and perhaps a bit on edge.

David Sluder captured video footage of the cat from his vehicle while in a fast-food restaurant line in Hernando. In the footage Sluder posted to Facebook, he says, "Man, I'm 100 yards away from this cat right now. I don't know what kind of cat it is… but this thing is huge."

The video has gone viral (more than 5,000 shares), and the mystery creature has been unofficially identified as everything from an oversized house cat to a mountain lion to a panther.

The latter two seem unlikely given that there have been no confirmed sightings of mountain lions in Mississippi in more than 100 years. There are no known panthers in the state, either. Read more w/ video at Mysterious large cat has Mississippi town wondering what’s in its midst

New York's Island of Lost Souls: The largest mass burial site in America where more than 1 MILLION nameless adults and babies are laid to rest in trenches dug by inmates


Hitler's Monsters: A Supernatural History of the Third Reich

10 Messages Your Angels Want You to Know