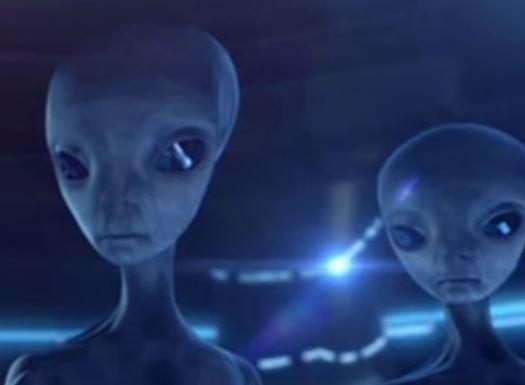 Chicago, IL: I can't be specific about dates and times. The event happened in the early 1990s while I was working as a security guard alone in a very large auto parts warehouse late at night. (the site has since been removed and replaced, and is now a location of condos and townhouses. the original building is gone.)

It was my habit of taking a nap during my shift after having made my rounds. at the time, I was also being treated for a (still undiagnosed) heart condition. What I recount next is how I told the story to friends for years, since its from the point of view of which I experienced it. I have since come to believe that something slightly different happened - namely that I may have been abducted. (or 'retrieved', as I prefer to put it.)

Anyway, I was asleep, when suddenly I felt an abrupt thump in my chest. I thought that my heart had stopped, and I had died. My immediate reaction was to attempt to leave my body, and I almost did. My spirit exited my dead (?) body, and I was slowly rising up away from it, into and thru the wooden ceiling above me. During the transition, I somehow got stranded in the matter of the wooden ceiling, and got stuck.

Suddenly, three entities appeared to me, took me by the hand, and gently guided me back into my body, which had already grown cold. It felt very heavy, and very cumbersome to be pushed back inside it. The entities were very gentle with me, and seemed to be proud of me. Our communication was not verbal, or even mental, per se, but was more emotional. (I am extremely empathic and psychic.) After making sure I was back inside my own body, they departed, but there was no ship to speak of, just a gentle light.

One other thing: the perception that lingered after their departure was that they were actually me as a man, a boy, and a child with cold hands (the entity who guided me back into my body had cold hands).

Several years after the event, I changed my mind of what may have occurred. I now think that instead of dying, I was accidentally awakened during the aftermath of an abduction event (or I woke up by force, I have often awakened during surgical procedures and fought with doctors who had already anesthetized me). Previous to that occurrence, I had (and continue to have) similar types of events, basically all my life. - MUFON

“I'm intrigued by the Frog Man (a case in which a Wisconsin girl encountered a frog-like being in her closet). I hesitate to tell this; but in light of the little girl's experience it doesn't seem so bad. Basically; it was around eight or nine o clock during the summer in Kincardine, Ontario. It would have been around '74,'75. I was lying in the bottom part of a bunk bed set up in my room. My parents were downstairs watching TV. Suddenly, from the wall-side of the bed, from underneath, I hear a very loud, very deep male voice literally say "Riiiiiiii-iiiiiii beeetttttt!" (Ribet, as in the shorthand word used to describe what frogs sound like) all strung out deliberately, almost humorously. It was right beside me. I jumped off and immediately checked under the bed and there was no one there. Feeling freaked out, I ran downstairs and asked my father if he had played a joke on me. He denied this, both parents looking mildly confused but mostly unconcerned. My parents later told me that there had been a succession of 6 families move into and out of that house after we sold it.”

President Trump announced on Twitter that he will allow the release of thousands of classified documents about the assassination of President John F. Kennedy after years of delays.

The unexpected move means the trove of never-before-seen documents are set to be released by the National Archives by Oct. 26.

Congress mandated in 1992 that all assassination documents be released within 25 years, unless the president asserts that doing so would harm intelligence, law enforcement, military operations or foreign relations. The still-secret documents include more than 3,000 that have never been seen by the public and more than 30,000 that have been released previously, but with redactions.

JFK scholars believe the trove of files may provide insight into assassin Lee Harvey Oswald's trip to Mexico City weeks before the killing, during which he visited the Soviet and Cuban embassies. Oswald's stated reason for going was to get visas that would allow him to enter Cuba and the Soviet Union, according to the Warren Commission, the investigative body established by President Lyndon B. Johnson, but much about the trip remains unknown. Read more at JFK assassination: Trump to allow release of classified documents

The Woman Who Knew Too Much

UFOs During The Korean War

The race to save coffee

Car appears out of nowhere in puzzling footage


JFK and the Unspeakable: Why He Died and Why It Matters

The Rise of the Fourth Reich: The Secret Societies That Threaten to Take Over America

The Reporter Who Knew Too Much: The Mysterious Death of What's My Line TV Star and Media Icon Dorothy Kilgallen

Case Closed: Lee Harvey Oswald and the Assassination of JFK