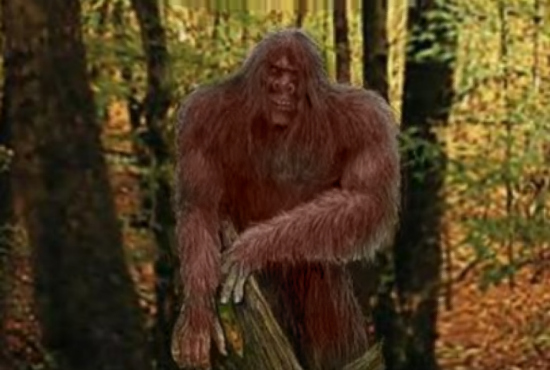 “I've seen a Yowie sitting in the bushes on the opposite side of the road to me. I pulled over next to a road kill that I think was going to be his dinner. As soon as I opened my car door, it snapped a huge branch off a tree and it was thrown at the edge of the road. I almost sh*t my pants and jumped back in the car. I then got out on the passenger side and waited for 40 minutes even throwing rocks into the area where I thought he was and the whole time he didn't make a noise. Then, holy crap, the bushes just exploded as he stormed off. I left shortly after. A truly thrilling experience. I hope the poor bugger came back to get his meal.”

It all started Monday, October 16, 2017 at around 10:00pm when I went to sleep. I woke up (presumably sometime around 12:00-2:00am) in a cold, brightly lit room. I was paralyzed from the neck down and my ears were ringing. Above me was a bright, white light. It was so bright I could barely keep my eyes open all the way. All of a sudden, surrounding me on all sides, were these tall (about 7'), slender, gray figures. There where about 5-6 of these figures leaning over me. I tried to scream, but I was so terrified that I couldn't make a sound. I was more focused on the figure nearest to my head on the right of me. I felt it staring right into my eyes. I was only able to see from the waist up. Its eyes were hard to make out because its head was directly under the light, thus making its face hard to describe (oddly enough I could see its small, toothless mouth that seemed to be talking, but, on account of the relentless ringing in my ears, I couldn't hear anything). One thing that stood out to me was their skin. It was a light, grey color that was smooth and hairless. It stood out to me because it looked exactly like human skin, but it was gray, which really freaked me out.

I couldn't really figure out how long this lasted, but it felt like forever. Then that is where the memory stops, it just goes fuzzy. The next thing I know I wake up around 3:00am and slowly start to remember everything that went on. My right side hurt pretty bad. As time passed I remembered more and more details of the abduction. I knew it wasn't a dream because I can clearly remember the sensations and the sound of the ringing in my ear as well as what I saw. - MUFON

Cambridge, Ohio Emergency responders arriving at a N. 11th Street home early Sunday learned a woman who collapsed on the porch was allegedly possessed by a ghost and not suffering a medical ailment as originally reported to authorities.

The resident refused medical treatment, including transportation to Southeastern Med, after collapsing because her malady was “spiritual, not medical.”

The woman reportedly advised she was possessed by a ghost who lives in her attic.

According to police reports, emergency responders from United Ambulance, the Cambridge Fire Department and police department were dispatched to the residence at 2:45 a.m. Sunday after the woman collapsed on her porch.

On arrival, police officers located the victim lying on the porch with her daughter standing over her mother.

The mother and daughter advised police a ghost named Angelica, who lives in their attic, had taken over the mother’s body. When United Ambulance personnel and firefighters arrived, the mother reportedly refused transport to the hospital.

At some point, the spirit from the attic had escaped and taken over the mother’s body.

A daughter reportedly told police she would need to contact a priest, but she didn’t know any in the area.

Prior to officers leaving, the mother reportedly said she had consumed several shots of alcohol at a Wheeling Avenue business earlier in the night. - Woman claims possession by the ghost from the attic

I was born in Traverse City, MI and lived there until 1993. It was the fall of 1991 and I had been at a friend’s house. I was coming back to my house and as I walked up toward my house I saw the curtains in my living room window pulled aside and someone look out at me. As I walked through the front door I came to realize no one was home. I was confused because I had clearly seen the curtain pulled back and a face look out at me. I looked around the house and started down the hall toward my bedroom. The whole time I was thinking one of my brothers was playing with me and I was expecting them to hop out. My mother’s room was at the end of the hall. Near the lower right edge of her door I saw what I thought was our cat peering around the corner at me. A dark face low to the ground. I called to the cat and then stood frozen as the face rose about 4 feet. I still get chills from the image in my mind. It wasn’t the cat. It was something else. I remember this feeling in my legs that they wouldn’t move. They were cemented to the floor like in nightmares. I felt chills run down my spine to my feet and I bolted through the front door as fast as I could. I ran to the dirt driveway and stood still unsure what to do or where to go. Suddenly I saw my mom and brothers and our car in the driveway. I had to shake off the feeling that I wasn’t alone anymore but also that the daylight was suddenly gone. Somehow it had gone from day to night and I had no memory of it. I don’t remember my family pulling into the drive. Some call this missing time. Mine wasn’t just missing, it was nonexistent. Through the years I have had a recurring dream about this event and it comes clearer as I get older.

I remember my room and my bed. I remember staring out the window at night as I fell asleep and often seeing strange lights. I would mention these to my family and faced constant ridicule for it. This also occurred when I was much younger and my mother would try to explain them as simple tricks of the eyes. Light from cars or something in my peripheral vision seeming brighter than they really were.

Many nights during my summer vacations, from the years 1994-1996, I would lay out after our bonfires and look at the stars. I had a fascination with counting satellites and seeing shooting stars. There were times I can remember seeing what I thought were satellites and following them in their heading only to see them waver and change direction. I can also recall seeing what I thought were multiple satellites in formation.

This all sounds ridiculous I know but I’m almost 40 now and this is still with me. I carry it with me like a dark secret.

I guess I’m looking for advice on this. I’ve heard there are therapy options or even hypnosis (although i’m a huge skeptic of hypnosis) being used to remember events. - MUFON

Katherine: The Lady of Gray's Mill

You’re dragon me on! The moment villagers crowd around ‘dragon bones’ that have been left by pranksters in China

Dare To Take The Sasquatch Challenge