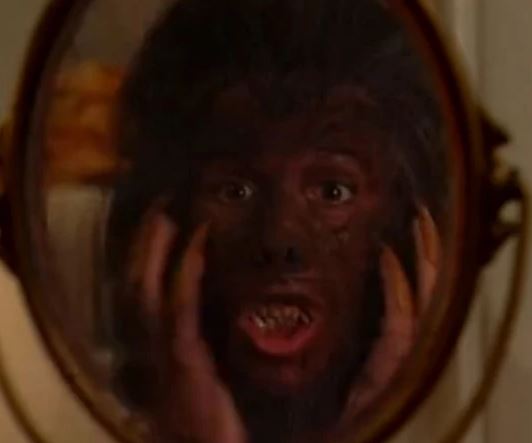 In a video titled 'Part II: We called him "Wereboy" Donna Fink told of her 2012 sighting of a strange werewolf looking boy and a strange white van:

“I just want to show you where we first saw the wereboy / shapeshifter / skinwalker. I don't know what he was but we were here in Rock County between Milton and Whitewater and driving along here on a Sunday afternoon. A bright sunny day, 3 o'clock in the afternoon. The weekend before, we had gone into the woods, our Bigfoot research area, and while we were in the woods we heard a loud buzzing rhythmic sound like a transformer type sound, really loud, kept hearing it. Couldn't figure out what it was and then we heard a branch crack, a really big one. But then as we were coming out of the woods, there was a mud hole, as we had entered, there were no tracks in the mud hole when we entered. But when we exited, there were two wolf prints and I have pictures of that. And it was strange because we saw no wolf anywhere and it's only a one square block of woods by a farm and it was really strange.

Then the next weekend we're coming up to our Bigfoot research area again and we're driving right here (photo above) and as we're driving here on this left shoulder of the road, we see what looks to be a Wereboy. He looked normal at first until he looked up at us. The reason why he looked odd then was because he had huge teeth and matted hair like he'd been living under a rock or under a bridge or something. When we saw him, we both screamed at the same time (note: Donna is driving around in her vehicle showing the locations), and made a u-turn, so that we could go back and get video and pictures of him because he was so weird-looking that he could not be completely human. His teeth were very big and flat, twice the size of human teeth. The shocking thing about his teeth, though, was that they were yellow, green and brown streaked. His eyes were a little bit darkened around the rims. He had a normal nose, a little bit of a brow ridge. His hair was shocking though and that's the first thing that we noticed when we were driving along because his hair was very long if it was wet and combed. But the way we saw it, it was all matted into a ball at his shoulders. It was matted all over his head and the kid looked like he had crawled up from under a bed of leaves that he'd been under the last two years. It was shocking. He had his head down when we first saw him walking along the shoulder right here and we were headed the other direction. He had on clean clothes, though, which was really strange. He had on a plaid shirt, a navy blue hoodie that was partially zipped up, blue jeans which was all completely normal but then on his feet, he had like flip-on tennis shoes, like the canvas flip-ons you used to wear when you were a kid or whatever but they were all perfectly clean. His hair was not. His teeth were awful, worse than a dog that you'd let go for years. Shocking! Big flat teeth perfectly straight. You could see the upper row and the lower row of teeth. They were together. He was in a grimace. But the weirdest thing was he had like a somewhat of a muzzle but not a big one, more like a chimpanzee muzzle. You know how a chimpanzee's mouth sticks out just a little bit and then with the big teeth, or not so big teeth. But this guy had great big teeth and he looked at us as though: 'I know you and you know me and you know what I am.' And we both screamed and we made a u-turn. We were going to go down the road, pass him by because I was almost afraid that he would turn into a wolf. I know it's crazy but that's what went through my head...that he would turn into a wolf and jump into the back of the pickup truck and do something bad to us. So I didn't want to stop and pull over where he was because I did not want to be that close to him. He frightened us.

So what we were going to do was go down by the cemetery, turn around, aim our car out and if he walked by, which was what he was going to have to do... we got the video cameras out, we got the cell phones out. We were ready to take video of him and pictures. We were in a prime position to get pictures and video of him and somehow we were thwarted again because who would pick him up? Nobody in their right mind would pick that kid up, although somebody did which I find really strange. He was still walking along on the shoulder on the right, bright sunny day, you could see everything, and we're thinking, we're so smart we're going to get video this time, we're not gonna let this go. So we're thinking, he's going to come walk along here and we're going to pull in here by this cemetery here on the right but, see, these two trees right there, the big ones, and there's another big one. So we pull in here and then you make a u-turn in this driveway here. We just turn around in this driveway so we're aimed in the right direction for him to come walking by and get perfect video and perfect pictures. Well that wasn't to be. Why did we think we could do that? I'm telling you, you get a camera out and these things just disappear. We were going to pull up and get more video and pictures. As he went walking by here, he was going to come down here, and when he got to this point, we were going to pull up there and get pictures and video while we were still in the locked vehicle so he couldn't get at us. We were sitting here and we see a white van coming from this direction going that way, the opposite direction. He was walking and my girlfriend said. 'They're going to pick him up!' and I said, 'They're not going to pick him up. Who would pick him up? Take a look at him. Nobody is gonna give that kid a ride.' And I thought we were just secure in what we were going to get on this kid and that van, it was a white, like, a double-decker panel van, completely brand-new, no markings on it whatsoever. I don't know if there was one man in there or two. The one man was in just a regular shirt, no uniform or anything, and they made a u-turn and stopped by that tree over there. The big tree right in the middle that you can see in the video right now. And they made a u-turn, pulled up along next to that kid and I don't know if they... the one guy got out, the driver did, and I couldn't see if there was another guy in the van because of those two trees right there. But they pulled over and the door opened on the side of the van and I don't know whether they put him in or he got in on his own and they made another u-turn and went back this way so what we did was pull out here right behind them, right behind them, and we went 70 miles an hour down this highway all the way into Whitewater and we could never find or catch that vehicle again. We looked down every side street. We looked down each driveway. We looked down every direction you could and we should have been right on that truck's tail and that truck disappeared. That van disappeared completely with that whatever that was, shapeshifter. That's something just inexplicable to me.”

Source: Youtuber and researcher Donna Fink, from a video titled 'Part II: We called him "Wereboy"' Published on 25 Feb 2017

NOTE: The transcription has been edit by me...I suggest you go to the video link as well. Lon 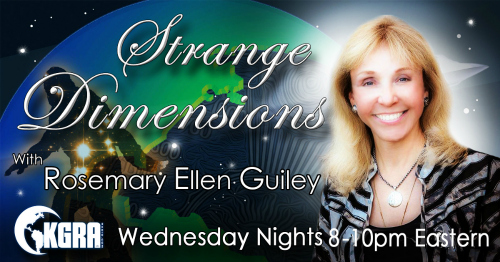 A Casper man claiming to be from the future, has been arrested for having too much to drink in the present.

Casper Police officers say at around 10:30pm on Monday, October 2nd, they were dispatched to a residence on East 2nd Street, for a man who was stating he was from the future and he was there to help people.
They found Bryant Johnson who claimed he was from the year 2048, and was trying to warn the people of Casper that aliens were coming next year, and they should leave as soon as possible.

He added that he wanted to speak to the president of the town.

Johnson told police the only way he was able to time travel was to have aliens fill his body with alcohol and have him stand on a giant pad which transported him to 2017, but he ended up in wrong year, and was supposed to be in 2018.

Officers noted that Johnson had watery bloodshot eyes, slightly slurred speech and the smell of alcohol coming from him.

It was determined that Johnson could not take care of himself and was causing a disturbance in the emergency room.

An early breath sample showed he had a blood alcohol content of .136. 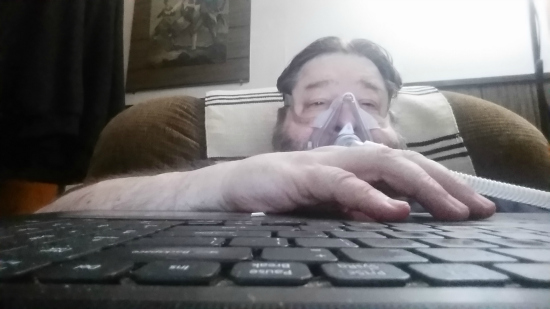 Here I am working on the blog...and wearing my BiPAP w/ O2 (keeps all of my air passages open). Hopefully, I'll soon be comfortable enough to work without it. I'm feeling a bit stronger each day. Lon

Cattle Mutilations: "Aliens Were Involved, Without a Doubt"

Magical Seal of Solomon May Have Been Found in Turkish Raid


Aliens: The World's Leading Scientists on the Search for Extraterrestrial Life

Unacknowledged: An Expose of the World's Greatest Secret

The 37th Parallel: The Secret Truth Behind America's UFO Highway

Haunted: On Ghosts, Witches, Vampires, Zombies, and Other Monsters of the Natural and Supernatural Worlds