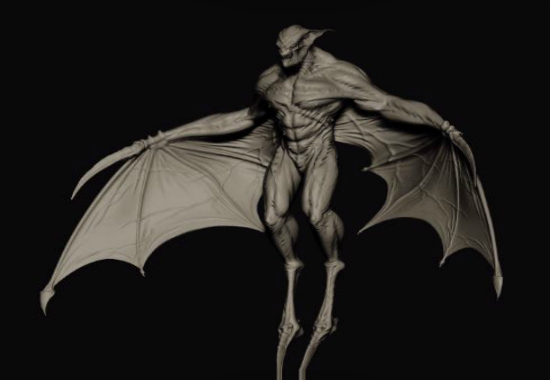 Anaheim, CA - 10/14/2017 - 4:00AM: Human-sized bat like hovering in tree. I heard a sound outside my bathroom window. I turn on my phone's night vision and see a bat-like creature or entity hovering outside in the front tree. I thought I'm seeing things or it's reflection so I changed angles and zoomed in and the figure changed shapes. I took videos and pictures and just wanted my footage to do the talking as I find myself unable to describe what I witnessed. Half way through I noticed helicopters and a small plane doing a circle around my block and big trucks going up and down my street like they were looking for something. There may be a logical explanation or there might not be. I just am at a loss for words. - MUFON

NOTE: MUFON did not publish any photos or videos. Lon

The federal government’s long campaign to try to choke off rampant conspiracy theories about the November 1963 assassination of President John F. Kennedy is threatening to end this month in massive confusion, if not chaos.

Within the next two weeks, the National Archives is legally obligated to release the last of thousands of secret documents from government files about the assassination, most of them from the CIA, FBI and the Justice Department.

And there is every indication that the massive document dump—especially if any of it is blocked by President Donald Trump, the only person empowered under the law to stop the release of the files—will simply help fuel a new generation of conspiracy theories.

Trump, no stranger to conspiracy theories, including totally unsubstantiated theories about a link between Ted Cruz’s father and JFK’s death, has not yet revealed his plans for the documents. His friend and political adviser Roger Stone, the Republican consultant who is the author of a book claiming that President Lyndon Johnson was the mastermind of the Kennedy assassination, said last week that he has been informed authoritatively that the CIA is urging Trump to delay the release of some of the JFK documents for another 25 years. “They must reflect badly on the CIA even though virtually everyone involved is long dead,” Stone said in a statement on his website. Read more at The JFK Document Dump Could Be a Fiasco

Florida has a U.S. senator who once flew aboard the Space Shuttle.

A congressional candidate from Miami can go one better: Bettina Rodriguez Aguilera says she’s been aboard a spaceship too. But this one was crewed by aliens. As in extraterrestrials.

Three blond, big-bodied beings — two females, one male — visited her when she was 7 years old and have communicated telepathically with her several times in her life, she says. (Sen. Bill Nelson served as payload officer aboard the Space Shuttle Columbia in 1986. All seven people aboard were from Earth. As far as is known.)

Rodriguez Aguilera, 59, a Republican who is running to replace retiring Miami Republican Rep. Ileana Ros-Lehtinen, recounted her experience with the ETs during a 2009 television interview. Read more at Miami politician says aliens took her on a spaceship. Now she’s running for Congress.

An Ancient Method of Forced Euthanasia: The Disturbing Truth Behind a Sardonic Grin

Famed Westfield 'Watcher' house back on market once again

Horror: Mother put children in oven, turned it on


The Ascension Mysteries: Revealing the Cosmic Battle Between Good and Evil

Chariots of the Gods: Unsolved Mysteries of the Past

Unearthing the Lost World of the Cloudeaters: Compelling Evidence of the Incursion of Giants, Their Extraordinary Technology, and Imminent Return