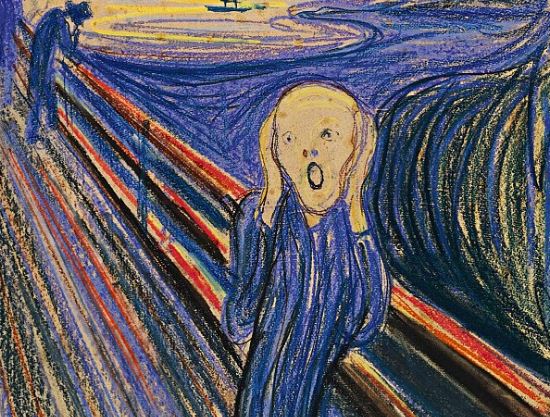 Screams From the Pond

“I grew up in Northern California in the 90's and 2000's, lived in the bay area for 25 years with my mom and went to my dad's place on Greenfield Ranch in Mendocino County every other weekend for 20 years. My dad was a property caretaker for a piece of land on the ranch which was 5,500 acres divided into very many smaller land deeds. He watched over 30 plus acres with two cabins and a yurt and a garden that was over an acre and a pond up the hill a few hundred feet. The cabins, being small, I slept in my own with my brother in a loft. It started in 2000 in the middle of the night. We often had visitors and some of them would camp in tents and others stay indoors. My dad and his wife were the only people ever there alone, and it only happened when 1 or 2 people where visiting. Around 3 am a sound would start. It sounded and I'm sorry to have to say it but a women gagged and being stabbed over and over, only screaming when being stabbed. A lot of us heard it. It scared us. It would wake me up. It was paralyzing. I would be so afraid. It felt unnatural. The strange part is my dad and his wife never heard it and our cabins were 100 yards apart and the sound sounded like it came from the pond up hill. Many of us heard it before it stopped in 2002. To this day I have nightmares about that sound."

Hello Lon, been awhile since I submitted a story. This one actually happened 3 years ago. My brother died, August 3rd, 2014. I'm not sure why I never submitted it, I think I was just still in shock from my brothers passing. So my brother had suddenly become Ill and was in the hospital, he had Muscular Dystrophy, so he was having breathing complications. For me it seemed sudden because I guess I didn't live with him and didn't see his health decline. It was a definite shock to me and still to this day. I had traveled to San Antonio to go be with my family during the hard time. I stayed a week. It was a rough week, I cried a river everyday. I know some people, when a loved one dies, they often feel guilty about things they did or didn't do for them. I felt this and wrote a letter to my brother. I left it on his computer desk. I was actually staying in his room while I was there. So I left it there and sat on the bed crying. The TV was off and it was day time. You know how you can see a reflection on the TV screen? Well, in my peripheral, I swear I saw my brother reading the letter! I saw him only on the TVs reflection. I quickly turned to look but he wasn't there anymore. That was the only incident I encountered there.

I forgot to mention that during the week before he passed, I was having strange experiences. I actually submitted a story about a possible sort of rod bug sighting, it wasn't a rod bug but it had that shape to it, but it was so much stranger than that. I also had this experience where, it was weird, I was in the living room with my husband watching Netflix, we had been up all night and it was now morning. I was just sitting there when my right eye started to feel weird and I started to see something, it looked like a blob of static and I could only see it in my peripheral. I thought I was going crazy, but this thing kept getting bigger and bigger! And it was like a big static blob. And I couldn't see out of my eye. And of course my husband couldn't see it. It was really big, and then after a long while it slowly dissipated. This happened the morning before my brother ended up in the hospital. He apparently had a OBE that same morning! According to my other brother, he was with him. He said our brother had an OBE and could see everyone, me our sister, anyone he knew, he could see them all at the same time! Could it be that during my experience, my brother was somehow seeing me? Is that what that blob could've been? I saw it 2 other times, haven't seen it in 2 years.

Well so that happened before he died, after I went back home, there were several experiences. The first night, I was in bed, I slept with the light on, and always left the door slightly open for my cat. Well this night I was laying in bed, sort of half asleep, if you will, and all of the sudden I could see a bright light through my eyelids. I felt a strong presence, the light was brighter than the lamp I had on, so bright, and I was too scared to open my eyes, but whatever it was really wanted me to open my eyes. I never did, and then I felt something go into my chest and it made me feel dark and cold, like it was taking my life. It felt like it was squeezing my heart, it hurt, I was still in this sort of half asleep state, but I winced and made a groan and I turned on my side. Then it stopped. I felt the presence sort of feel annoyed or aggravated with me because I would not look, and then I awoke to my door slamming shut! I sat up and I looked at my door, it was closed. And my cat was nowhere to be seen.

Another experience was with my husband, he heard a voice that spoke right in his ear, it said, 'hey man!' And my husband woke up really freaked out. He said it sounded like my brother but not really. I still wonder if it was my brother visiting before he moved on. I'll never know, and I still feel bad that I didn't look. I just felt like I wasn't "ready". MR

After a year that has seen concern about potential voicano eruptions in Iceland, Italy and Bali, volcanologists on the Canary Islands have been asked to work out whether the island of La Palma is facing an imminent eruption.

The experts have been asked to monitor activity on the island, which saw 400 tremors in 15 hours over the weekend, according to The Express.

Close to Tenerife, Cumbre Vieja (meaning “Old Summit”) previously erupted in 1949 and 1971. After the recent tremors - and a 3.5cm rise in the earth over the past year - scientists have been asked to monitor the volcano, amid fears that an eruption might lead to an earthquake and possible tsunami.

So now a special hydrogeochemical monitoring programme has been set up in a bid to improve volcanic monitoring of the volcano. Scientists will take samples of subterranean waters and PH levels, conductivity, temperature and dissolved gas activity three times a week at four locations in Cumbre Vieja.

Meanwhile, a team from the National Geographic Institute (IGN) are monitoring the site around the volcano 24 hours a day. Read more at Canary Islands Volcano Eruption Imminent? Tsunami Fear.

Doctors in Malawi have said claims by people in the Southern Region that there are blood suckers are not true and are a case of mass hysteria.

According to a statement signed by Dr Amos Salimanda who is The Society of Medical Doctors (SMD) president, evidence gathered from health facilities in the affected districts shows that no one has adequate clinical evidence to support any of the many claims to date and all people claiming to be victims have normal blood count.

The doctors say the rumours of blood sucking in various districts in the Southern Region are nothing more than mass hysteria.

“The initial isolated incidents may have had elements of Shared Delusion Disorder. This is when a dominant individual who is deluded and can have those following him believe and internalize his delusions. Shared delusion is usually confined to a locality.

“In view of the magnitude of the problem in that it is affecting many districts and the readiness of many Malawians to internalize these beliefs this presentation would constitute that of Mass Hysteria. It is the considered view of the Society that such blood suckers do not exist! This is purely Mass Hysteria,” says the statement.

In the statement, SMD has also expressed concern over recent incidents where health workers were attacked after being accused into blood sucking saga.

The doctors say the irate behaviour by some individuals who were accusing health workers of being blood suckers for carrying medical devices such as stethoscope is unwelcome.

“The Society is further disturbed by the reports of thuggery that has resulted into some health workers being attacked for carrying a stethoscope, and some have had unfortunate incidences of having their vehicles smashed, and in others having their possessions taken off them for being suspected of being blood suckers, and or in pursuit of the non-existent suckers,” reads part of the statement.

According to the statement, some ambulances have also been attacked whilst being used to ferry patients to and or from hospital.

“This is despicable and we condemn all these and all similar acts of barbarism on innocent people unreservedly and in the strongest language possible.

“No health worker can suck blood with a stethoscope, nor with a power bank. In fact no one else can!” says the statement.

Recently, Inspector General of Malawi Police Lexten Kachama also refuted claims that there are blood suckers in some parts of the country. - Doctors rubbishes claims of blood sucking

The Vampire of Croglin Grange

Top 25 Cities For UFO Sightings In The US

The Return of Mattoon’s Mad Gasser?

Out of the Broom Closet: DC Witches in Their Own Words


The Mammoth Book of Cover-Ups

Raven Rock: The Story of the U.S. Government's Secret Plan to Save Itself--While the Rest of Us Die