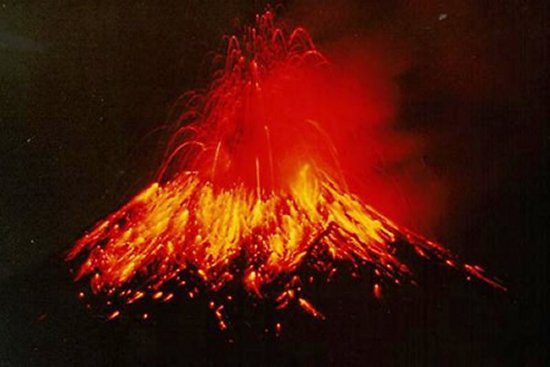 The horseshoe-shaped string of active volcanos bounding the Pacific Ocean has lived up to its “Ring of Fire” name in the past month, sparking mass evacuations in Indonesia and Vanuatu and now setting parts of southwestern Japan on edge. The 450 or so volcanos that make up the “Ring of Fire” are an outline of where the massive Pacific Plate is grinding against other plates that form the Earth’s crust, creating a 40,000-kilometer (25,000-mile) -long zone prone to frequent earthquakes and eruptions. Read AP report at ‘Ring of Fire’ volcanos remind Asia of seismic peril

Hi Lon...this happened near Vancouver, BC, Canada on April 1997. I was working at an aircare testing station, a 5 lane facility. It was slow at the time early afternoon. My lane partner and I were in lane 3 facing the lane 4 booth and dynomometer, approx 20 ft from the booth on an angle, when we hear from on top of the booth (booth is 10 feet high) about 3 foot on top of the booth so 13 feet high and loud maniacal laugh. Sounded like the way a witch would laugh. I said to my lane partner what the f**k is that and ran around the right side of the booth figuring they was someone throwing their voice or playing a trick. Nobody there. All other employees were in their lanes inside their lane's booth's talking. If I didn't have a witness would have doubted it myself. It sounded like an older woman laughing maniacally just like the snow white witch and no one was visible.It still freaks me out to this day. DK 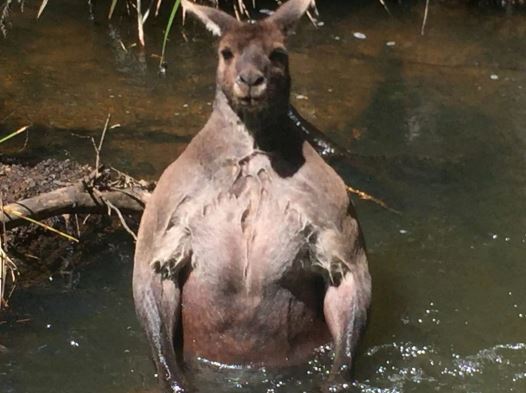 A gardener has described the frightening moment he came face-to-face with a huge muscle-bound kangaroo as he walked his dog in Western Australia.

Jackson Vincent said he is normally confident around animals but felt threatened when the “macho” marsupial approached him and his pet, Dharma.

The 27-year-old stumbled across the 6ft 5in mammal as it was bathing its rippling torso in Boodjidup Creek in Margaret River on Tuesday.

He said: "I have been going to that creek since I was a little boy and there have always been kangaroos on the property.

A group of teenage girls were left terrified after spotting what they believe to be a GOBLIN during a countryside stroll.

The youngsters were out walking near the village of Taco Palta y Marta in the north-western Argentine province of Tucuman, when they saw the strange looking creature.

One of the girls claims to have filmed the 'goblin' emerging from trees as she and her friends walked through fields.

Mobile phone footage appears to show the shadowy creature in the distance as crying and wailing can be heard out of shot.

One of the teenagers can be heard in the background asking: "Is that a goblin?", while another replies: "It's a goblin", before they turn and flee in fear.

As the small figure walks towards them, the girls are heard crying and shouting: "Run! run!"

The video was posted online where it split opinion over whether it was genuine or not.

User ‘Roberto Cardozo’ commented: "Magical creature, it rapes you five times before touching ground." Read more at Girls run screaming in terror after filming 'goblin' while walking in countryside - but is creepy footage all it seems?

Why Alien Life Will Be Robotic

Yellowstone Supervolcano May Rumble to Life Faster Than Thought