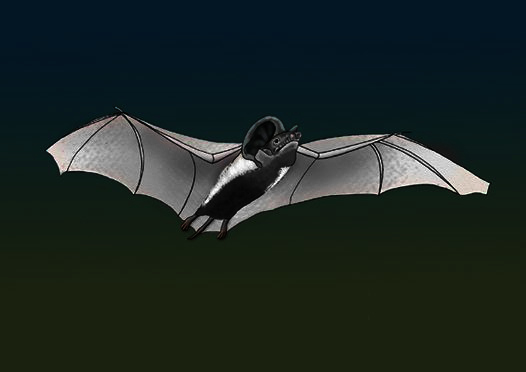 For years now I have kept silent about a sighting I have had, but after much research I simply cannot explain what it is I witnessed a few years ago.

A little background on myself. I am an avid Bird Watcher and I am particularly fascinated by birds of prey and have read and own many books on birds and have gone on many bird watching expeditions. It is safe to say that I did not mistake my sighting for any bird. I am also a qualified pilot, so I have also learnt to judge distance and size of things in my environment.

Time and place of the sighting. July 2010 around 00:00, Doornpoort, Pretoria, South Africa.

Doornpoort is on the Northern outskirts of Pretoria. My house was less than a mile from Wonderboom Airport. To the north of the suburb is open fields with farms and Platinum mines.

I had not seen my brother in a while and him and his wife came to visit me and my wife. As July is in the heart of the winter in South Africa, we spent most of the time inside. As we both smoke and we don't smoke in our house my brother and I went outside every time we wanted to smoke. At about 00:00 we decided to go for a last smoke before going to bed. It was a clear cloudless night and there was sufficient moonlight so the sky was bright.

As we were sitting outside, something in the sky caught my attention. I looked up and saw a creature slowly flying overhead. The thing that mostly caught me off guard was how white it was. It was so white it almost looked luminescent. It definitely had bat-wings and it flapped them very slowly. It was about 70ft above ground level and it had a wing span of at least 10ft, but I would say it was more between 12 and 14ft. My brother also saw it. After it flew slowly overhead in a southerly direction my brother and I just looked at each other, extinguished our cigarettes and went inside.

At first I thought it was some kind of fruit bat, but the only species I could find that was somewhat on the light colored side that is found in the area was the straw-colored fruit bat, but it is much smaller than the creature I saw and I looked at a lot of videos of them flying since and their wing beats are much faster then the beats of the creature we saw.

Over time I have researched all manner of bats and I cannot find anything that matches what I saw in color and size.

It has been over 7 years but I can still clearly recall what I saw and the fear I felt because of the sheer size of this thing.

Forrest in Louisiana called in to tell of his strange shadow man experience:

“Me and my wife, we were at our friend's house and we were actually in middle school at the time and they had this abandoned train car on a train track that was just abandoned, rusted, sitting there. There were three cars in a row and it come to a dead end on the track in the woods. We were all just playing on them and jumping in them and stuff, well, I had peeked over and I seen like this complete black shadow and it was coming towards us and I actually told them and we jumped out of the car because we were all kind of freaked out about it and as we were running a trail to get back to of the house it seemed like, you know, he like, it was walking just a normal pace but it was catching up to us and we got on a street. We climbed in a tree and tried to hide from it and it was actually walking on the street it looked like an old railroad hand, you know, like a worker. He had like the hat on and everything and he went behind this bush and we were waiting for him to come around the other side but he never did come. We waited for like 30 to 45 minutes and we climbed down out of the tree and when we walked that way it was nowhere to be found. It was it was pretty crazy." 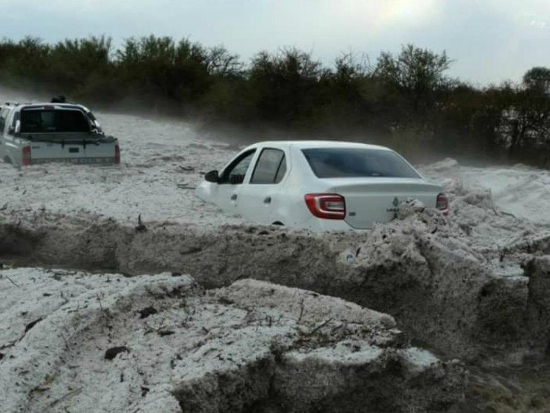 The aftermath of a storm which dumped up to five feet of water and hail in Argentina has been revealed in images released by the World Meteorological Organisation.

The incredible photos show fire fighters rescuing cars stuck up to their windows in hailstones and a road swamped in debris. Read more w/photos at Apocalyptic photos show sea of hail swamping cars in Argentina

When Halloween Was All Tricks and No Treats

The Strange Story of Hitler’s Hunt for the Yet

Ghostly Gin Cursed by Witch in Britain’s Most Haunted Town

Cat-People On The Loose?


Hidden in Plain Sight: Beyond the X-Files

Ancient Aliens in the Bible: Evidence of UFOs, Nephilim, and the True Face of Angels in Ancient Scriptures