Daily 2 Cents: Encountering Herself...in the Future -- Alien in the Barn -- Monkeys on the Loose in Ohio 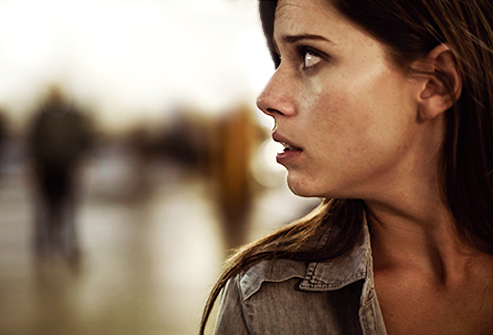 “I have a friend who tells the story about when she was young girl, in her early twenties, she was raised in a religious home and was at a turning point. She wanted to ditch everything that she was raised with and experience the world on her own. She said that she'd gone to a party, and had been out late. One of her very first of that kind. She was walking down a dark street and saw a woman approaching her. As she got closer, she realized that she was looking at herself only a good 20 or 30 years older, and very worn out. She was thin and looked sickly; she was disheveled and you could see that she'd had a hard life. The woman passed her on the street while my friend just looked at her. After the woman passed her she turned back and kind of in a sing-song voice said, "don't do it."

That was the night that my friend decided that she was not going to take the low road. She re-adopted her values and will soon be not too far from the age she was the night she encountered herself. I didn't believe in doppelgangers until she told me that story but I know this girl. You can encounter yourself.”

Alien in the Barn

Tacoma, WA - 1999-09-30 - We lived on a dairy farm in Tacoma, Washington. We also had lived next to a military base. I was around 8 or 9 sometime in 1999 or 2000. As a kid I grew up around cows and calf's. I had a big heart for them. Well one night, I heard some of the calf's crying. I got up and left my house very quietly. I was not trying to get in trouble with my parents. The dairy farm was about 500 feet from my home. Time was about 2:00am everyone was asleep. I arrived with the calf's first. I fed them some grains. Next I went to check on the cows. As I arrived I didn't see anything unusual. Just some of them looked impatient. They would pass back and forth in a small space. Nearly all the cows knew me. So getting very close with them was no problem. I then started to feed them the grains as well, but they really didn't have an interest in the food. Their eyes where wide open, like if they were terrified and scared. The more I noticed them pacing back and forth, and the more I noticed them all cramming to one side of the building. I kind of started to feel scared myself. I saw they were all avoiding the other side of the building. I took a few steps forward, to see if maybe there was a dead cow in the there. No dead cow. Then a weird feeling of being watched came upon me. I stopped looking in the beds of the cows and looked at the end of the hall. At first glance I thought I was seeing a tree. Then I realized there were no trees at the end of the hall. I had seen only half of a 4' gray, greenish, black alien. The head definitely was bigger then the body. The eyes almond shaped and slanted. It had been looking or analyzing me. My feet said run but I couldn't run. I felt like I was moving in slow motion. I couldn't yell, nor talk. In a very slow way, that thing was hiding away from me behind the wall. Finally I ran home very scared, but as soon as I opened the door I knew I had to be very quiet, or else my parents were going to get the belt out. They were very strict. I tippy-toed back inside my room with my siblings. I had never told anyone about that night until now. I'm 26 years old now. I get constant thoughts about that night more and more now. - MUFON 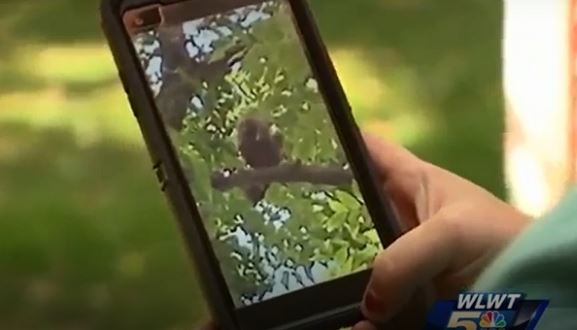 Monkeys on the Loose in Ohio

LEBANON, Ohio — Monkeys are on the loose in a Warren County neighborhood, several residents said Friday.

Residents of a quiet community in Lebanon, Ohio, said that they have spotted the monkeys sporadically in recent weeks. One resident even snapped a picture to prove she wasn’t just seeing things.

Amber lives just off of Columbus Avenue, a busy thoroughfare through Lebanon. She said she has spotted two monkeys in the area.

“You can see his arm right here and his leg right here, and his hair and his face. Like I said, this guy played music and (the monkey) was rocking back and forth to it,” Amber said.

“It was sitting there literally dancing to his music,” Amber said.

Amber is not alone. Several other people living nearby claim they have also seen the monkeys. The sightings have some people scratching their heads.

“It's like the squirrels are even acting a little funny around here,” neighbor Chris Watson said.

Many suspect the monkeys are someone’s pets that got loose. Some people even said the primates are a welcome sight, providing a bit of entertainment.

“As long as they're not dangerous, I wouldn't mind having a little one,” Sandlin said. “My kids are grown. Might as well get a monkey.”

Photos of the monkeys were taken a few weeks ago. Neighbors said they have not seen the primates since, but they can still hear them from time to time.

Lebanon police said they are aware of the situation and are investigating.

Hey folks...thanks for all of the well-wishes. Every since my long stint with pneumonia last summer, any future viral infection or lung problem in is going to be exaggerated because of the existing nodules. But I'm feeling a bit better...just some lingering weakness, which is expected. I appreciate your support. Lon

Why Did the Tasmanian Tiger Disappear From Mainland Australia 3,000 Years Ago?

The UFO Enigma: What Can Be Said About Anecdotal Evidence?