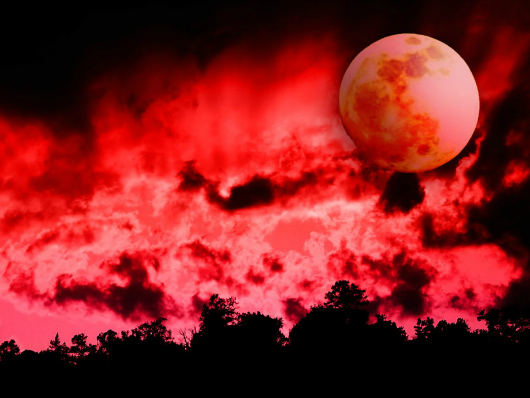 Are We Beginning to Realize 'End Times?'

When the month began, a confluence of hurricanes, floods, earthquakes, wildfires and a brewing international nuclear confrontation already had some Americans thinking about End Times.

Then Las Vegas, the nation’s playground, witnessed the worst mass shooting in U.S. history — the latest in this peerless series of catastrophes. Some were natural, some man-made. Together, they’ve shadowed a usually optimistic nation with a cloud of sorrow and anxiety.

You didn’t have to be in Vegas, Seattle, Houston, Key West or San Juan, or have relatives in Mexico, or live in the Inter-mountain West with a respiratory condition, to be worried. A nation that had thought itself numbed to tragedy is realizing that no matter how bad things are, they apparently can always get worse.

“Why?’’ asked country music star Blake Shelton in a tweet after the shooting. That was one question, shared many times by many others. There was another: “What’s next?’’ Read more at Storms, earthquakes, North Korea and now the Las Vegas massacre. We have to wonder: 'What's next?'

We live in the central valley in CA, miles of farmland and orchards in between every town. My dad's girlfriend lived about 2 towns away and it was about a 45 minute drive so he tried to find different road paths through the orchards to shave a few minutes off of the trip. He was heading home at about 2 AM and trying a different 2 mile stretch of road when he noticed it seemed abnormally dark outside the truck. That's when he realized there was, what he said, something hovering above him about the size of a large parking lot completely blocking out the sky. He could see the stars further out along the rim of the object. He said he immediately turned the truck around and floored it until he got back to his girlfriend's and he stayed the night in the truck.

San Juan Capistrano, CA - On January 11, 2015 I stayed up all night listening to music. Seemed like the music was communicating with me. Saw weird black helicopter landed in my neighborhood which doesn't make sense but maybe it was holographic. Rested until morning when I woke up to two floating great elongated skull apparitions. It seemed that one was male and the other female. The female had a wand and said,"don't tell me to shut up!" in a high pitched voice. At the time had been struggling with hearing irritating voices and had told them to shut up. She blocked her wand at me. When I got out of bed the outside had changed. Everything was misty and seemed to be floating. I freaked out and went to the hospital where I encountered a strange sense of deja vu and fear of being shot. I saw a holographic UFO with a holographic bust inside. It was looking at me. - MUFON

TOKYO - On the morning of Sept 26 in Tokyo, schoolchildren on their way to a day of learning and play at Edogawa Elementary School were crossing a pedestrian land bridge. However, hanging from the railing was a little doll made of straw along with a note which read “All you brats jump from here and die.”

In Japan, straw dolls (waraningyo) are used in a somewhat similar fashion to a voodoo doll, in that they are both effigies used to summon a curse upon people. Judging by the note, it would appear that someone had intended to make the children jump to their own death through the power of the straw doll.

That someone is believed to be 41-year-old Takeshi Inaba who lives near the school. According to the police, Inaba confessed to inflicting the curse saying: “Those kids running wild in the park are too noisy.”

Inaba is facing charges of criminal intimidation which, considering his supernatural method, seems a little excess.

While it’s debatable whether this incident is technically a threat, it certainly is creepy and a public nuisance. It should be noted that Inaba is also suspected of several cases of graffiti which read “Kids are too noisy!” on benches and the toilet of the local park where students are known to play.

He is also believed to have sent over 30 letters to staff and parents of Edogawa Elementary School bad-mouthing them about their inability to control those “noisy kids.” So while he probably won’t get hit with the full force of the law, the suspect may have a date with a mental health examiner in store. - Tokyo man arrested for 'putting curse' on school kids

Shostak: 'we will find ET within 20 years'

Raven Rock: The Story of the U.S. Government's Secret Plan to Save Itself--While the Rest of Us Die