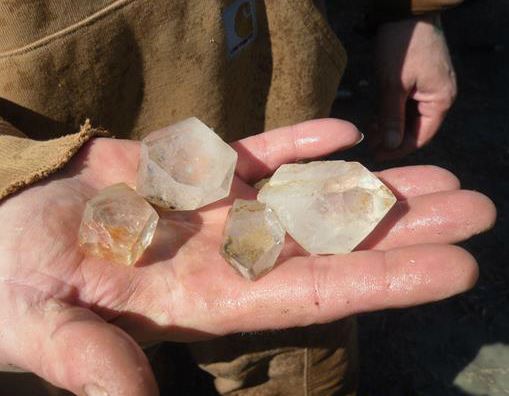 For millennia, various forms and shapes of Quartz have been known to possess useful metaphysical properties. Recently, a mine near Mena, Arkansas has been the subject of strange phenomena. According to witnesses, the Quartz in and around the mine have been levitating. Josh Gates and his 'Expedition Unknown' crew have recently filmed at the location.

For many years, the Quartz found in several older Arkansas mines has been noted for it's amazing qualities, especially from mines in Garland County. In particular, Lemurian & Record Keeper variations of high quality have been available, known for their naturally superior luster and shine. Yem Crystal provides an excellent primer for Quartz Crystal structure, formation and metaphysical properties.

For many years, I have personally used crystals and stones in my remote work...as well as the use of other sensing tools. These methods are described at Astral Perceptions Universal...by using the links in the left column. Lon

Below is a video the shows recent tests conducted at the Mena mine:

Did Sea Creature Prompt U.S. Into The Vietnam War?

On a gray summer day in 1966, Todd Newberry was watching seabirds squabble above the kelp forests of California’s Monterey Bay, when a sailor struck up a conversation that changed his understanding of the Vietnam War. The stranger turned out to be a Navy sonar engineer assigned to the destroyer USS Turner Joy. Just two years prior, Turner Joy, along with USS Maddox, had reportedly been attacked by Vietnamese boats in a mysterious battle known as the Gulf of Tonkin incident. This encounter was pivotal in plunging the United States into the decade-long war that killed 58,000 Americans along with 2.5 million Vietnamese and Southeast Asians. But even today, it’s still not clear whether the Turner Joy and Maddox had actually been under fire.

“He was not supposed to be talking about this stuff, I’m sure,” says Newberry, a professor emeritus of marine biology at the University of California, Santa Cruz who recently recounted this conversation to me. As Newberry tells it, the sonar engineer spoke of strange shapes picked up on the Turner Joy’s sonar displays during the supposed attack. The objects were the size of torpedoes, but they didn’t move like any torpedo the engineer had ever seen before. They seemed to have a will of their own—to come at the ship, then drift right under.

The engineer was convinced that the military had been mistaken about the attack. What they thought were torpedoes, he insisted, were in fact living things. Read more at Did a Glowing Sea Creature Help Push the U.S. Into the Vietnam War? 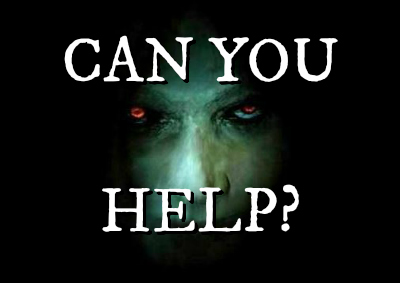 Donations for the 'Phantoms & Monsters' newsletter and subsequent research are needed and always appreciated. You can use one of the donation buttons or go to Paypal.com and use my email lonstrickler@phantomsandmonsters.com as the payee. Thanks again for reading and for your continued support. Lon
Please help support
'Phantoms and Monsters'
Thanks!
**********

Is this the answer to the Bermuda Triangle mystery?

Hundreds of sheep killed after bear chases them over cliff


The Book of Mothman

Living Among Sasquatch: A Primer

Passport to the Cosmos

This newsletter is licensed under a Creative Commons Attribution-Noncommercial-No Derivative Works 3.0 United States License.
Hotlinking of PM Media images and copyrighted material is strictly forbidden unless permission is obtained.
'Phantoms and Monsters' and 'phantomsandmonsters.com' is protected under the Lanham (Trademark) Act (Title 15, Chapter 22 of the United States Code)
'Phantoms and Monsters' was establish in September 2005 as part of PM Media
Copyright 2005-2017 Phantoms and Monsters / PM Media - All Rights Reserved
Lon Strickler at 5:10 PM
Share
‹
›
Home
View web version