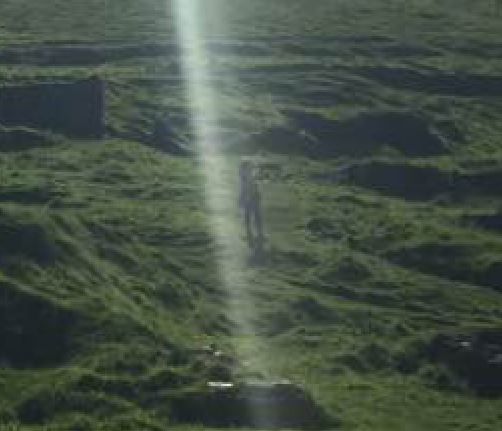 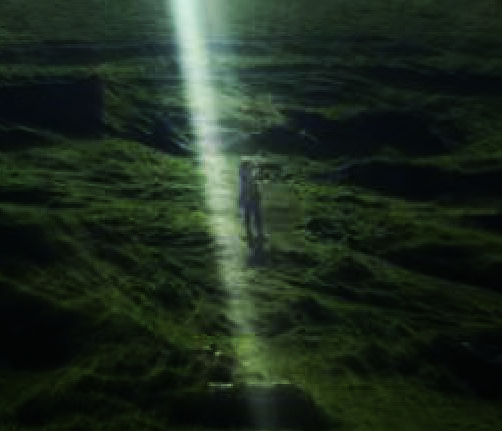 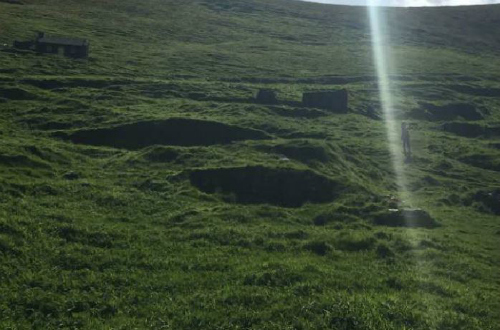 Anomaly in Ireland...Human or Otherworldly Being?

I have to be honest I don't really believe in UFO's but I guess I don't disbelieve either, haven't gave it much thought. But my aunt was leaving Ireland and took a pic of the sun on the field. I zoomed in on the light and something is standing almost at bottom on light. It could be a man but a weird shape. If you figure it out I would like to know what you think it is please! RW - Ireland

OK folks...what do you think is going on in this image? Butch conducted some forensics on the image...it was not photo-shopped or edited. I ran it through several filters and an image program also...nothing out of the ordinary detected. Besides the figure and the light anomaly (which may be a sun reflection) there is a reflective object on a rock in the foreground. Not sure what that is...it may simply be a reflection as well. Lon

He doesn’t remember waking up that morning, or helping prepare breakfast for his three young children, or kissing his wife Sarabeth goodbye, or any of the meetings he had with landscape design clients. He doesn’t remember driving to the Panera Bread in Cotswold Village. He doesn’t remember going to his favorite booth in the back, where he regularly sat for hours doing work on his laptop.

He doesn’t remember crumpling to the floor at about quarter past 4, his heart gone completely, terrifyingly still.

He doesn’t remember any of the many, many things that happened next. But in the two and a half weeks since, he’s come to understand this: If a single one of those things “didn’t happen correctly,” he says, “it could have gone differently pretty quickly.”

And John Ogburn would be dead. Read more at His heart stopped for more than 30 minutes. How can he still be alive? 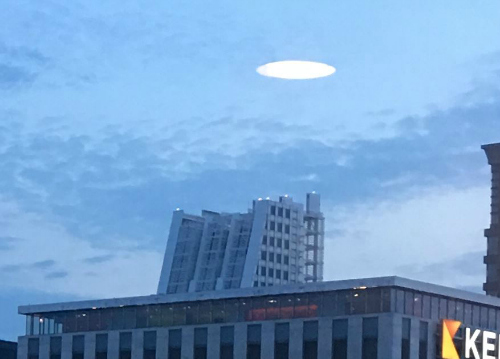 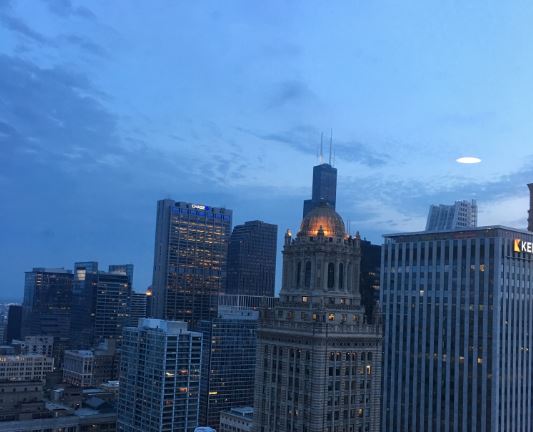 NOTE: Could this be related to the 'Chicago Phantom' sightings? Lon

Hello my name is Vinny and I'm from Delaware County. I've always been drawn to the supernatural. A few of my friends were as well, so that lead to a lot of haunted trips around the area. But we never got any reactions or responses until we found the Downingtown Tunnels. To give an idea of the tunnels, it is actually a train bridge but it has 3 tunnels running through it. One that you can drive through. One you can walk through (if it hasn't rained recently) and one that is permanently flooded since it is part of a creek. This is about the last 3 times I have been there. The first one me and a group of friends went into the middle tunnel which is the one you can walk through. We were just exploring and killing time. Now I will be honest. Some of the people that were there were very disrespectful which is why I think we got some reactions. When it came time to leave we were walking towards the entrance of the tunnel. I felt I was being watched and I faintly heard what sounded like someone twisting their foot in gravel from above/behind me. Now about 1/3 into the tunnel there is a slight turn to the tunnel and the tunnels are domed. I turn around and I heard the sound coming from that direction but above me so I pointed my flashlight up and it looked like someone was peeking their head around the turning point of the tunnel from the ceiling. And when we left we took 2 cars and left for Wawa. My friend at the time who was ahead of me started to suddenly swerve back and forth once his car got into the tunnel. We didn't stop until we got at the Wawa. Everyone jumped out and was very freaked out. As soon as they drove into the tunnel his radio turned on and switched to AM and started scanning through multiple channels that were all static and his iPod was plugged into a aux cassette cord and the cord was ripped out and was being flung around the car. (There was nothing keeping the iPod still so if it had just fallen out the iPod would have fell with it). Now the second time I went it was with fewer (but more jumpy) people. We were following one of the legends that if you walk from the back of the tunnel to the front with no flashlights and look behind you once you reach the middle, that mist is supposed to have followed you. The people I was with turned around and bolted. I didn't know what was going on because it was dark so I bolted too, and when I got to the entrance I jumped to a rock and I felt something grab my ankle and I stopped dead and fell. I looked around with my light and there wasn't anything for me to have gotten caught on. And the last time I went I went with 3 other people. One of them decided to voice record the whole thing (which was a good idea) nothing interesting happened until we were heading home and had the recording playing on my car. On the recording, before we left my friend asked whoever grabbed my ankle to say something. He then felt a cold spot and had me confirm it. He asked again for them to say something. My friend was walking and making noise. I told them to stop and asked them to stop. I then asked them to repeat themselves if they said anything. And when my friend thought we didn't get anything you heard a woman say "I'm in here" or "I'm here". There was a girl with us but she was too scared to come near the tunnels and was in my car about 1,000 feet away. We haven't really gone back since then.

Requiem For Roswell: Setting the Record Straight on an Innocuous UFO Event

The Mysterious Giants of Catalina Island

Both a Dwarf and a Giant: The Curious Case of Adam Rainer

A Giant UFO and a Military “Stand-Down”


The Close Encounters Man: How One Man Made the World Believe in UFOs

Cover-Up at Roswell: Exposing the 70-Year Conspiracy to Suppress the Truth

This newsletter is licensed under a Creative Commons Attribution-Noncommercial-No Derivative Works 3.0 United States License.
Hotlinking of PM Media images and copyrighted material is strictly forbidden unless permission is obtained.
'Phantoms and Monsters' and 'phantomsandmonsters.com' is protected under the Lanham (Trademark) Act (Title 15, Chapter 22 of the United States Code)
'Phantoms and Monsters' was establish in September 2005 as part of PM Media
Copyright 2005-2017 Phantoms and Monsters / PM Media - All Rights Reserved
Lon Strickler at 4:52 PM
Share
‹
›
Home
View web version