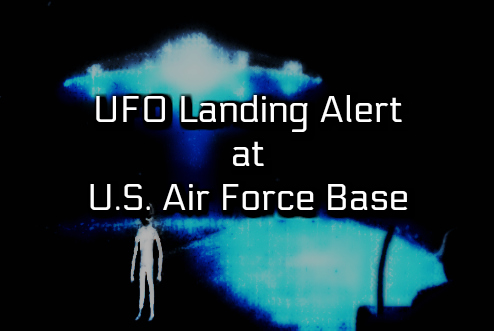 Back in the 1970s, my aunt had sold her house because she was getting too old to take care of it. She moved into a one-bedroom apartment about six blocks or so from our house.

My wife and I used to take walks in the evening after we put our sons to bed about 10 o'clock, often to a popular restaurant in a popular national chain.

One evening, we walked into the restaurant and found my aunt and a man from her apartments having late evening iced tea and pie. We joined them and were served quickly because the servers knew us.

As we were visiting with my aunt and her friend, three young men--teenagers--took the booth next to ours.

I then heard one of the teens telling a story, so I listened, having to keep track of two conversations at once. This was the teen's story:

He said that he knew a girl whose Dad was stationed at an Air Force base in our state. At the time, there were two Air Force bases and one Marine Air Station in our state. The teen said he went to see the girl and stay with her family over the weekend. He arrived Friday evening. The family had dinner, then he and the girl decided to walk over to the base movie theater and see what was playing. He said that they saw the movie and were walking back to the family's quarters, in the company of many Air Force kids and families who also saw the movie.

He said that, as they were walking, Air Force Air Police (think they still called them Air Police at the time) personnel began driving down the base housing streets, ordering--yes, ordering--the theater-goers to the nearest base housing residence. A siren or tone was wailing from somewhere. It seems to me that the order included some kind of spoken code. but I have no idea now what it was.

With no resistance, the crowd began moving toward the base houses. When the guy, his friend, and several who had been walking near them, came to the house, his girl friend, without knocking, pushed the door open and they all walked in. He said the members of the household were about the business of pulling window drapes closed. The guy said he had the impression that this was a regular occurrence, because the household family was pleasant. The family invited everyone to sit, pulling out some folding chairs, and they were able to accommodate everyone in the group. Seems like the host family served water.

Sometime about an hour or so later, the Air Police again went up and down the streets giving the all-clear, and somewhere, the same siren or tone was sounding.

What the teen said was that the girl told him that he must not ever tell anyone he knows that he had been involved in what had happened. Like most teenagers, the boy was telling his friends the story.

Because I was with my wife, aunt, and my aunt's friend, I could not involve the teen in any conversation to ask questions.

To this day, I have no idea whether the boy was pulling our leg, whether his girlfriend just made up a story, or if this was a real Air Force phenomenon. I have never seen the boy again.

NOTE: The writer wishes to remain anonymous and will not divulge the location of the AFB. In the past, I have received reports of similar incidents on military bases. I made a list of AFBs in the US where I have received UFO landing alert reports:

I have also received UFO incident reports at other military installations...two of the most active have been Fort Campbell (Kentucky / Tennessee) & Fort Knox (Kentucky). There is also the well-known 1978 Fort Dix / McGuire AFB incident. Lon


Unacknowledged: An Expose of the World's Greatest Secret