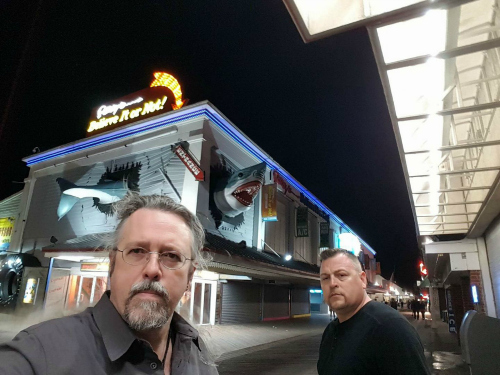 PANAMA CITY BEACH — A team of paranormal investigators are looking to turn skeptics into believers with evidence they claim to have captured during an investigation at the Ripley’s Believe it or Not museum earlier this year.

David Weatherly of Two Crows Paranormal said his team was called to the museum in March by management to look into reports of everything from strange sounds and disembodied footsteps to full apparitions witnessed by guests. They recently finished reviewing what they collected and while they recorded a number of unexplained experiences, one clip in particular, Weatherly said, stands out.

Captured on a Structured Light Sensor (SLS) camera, which is essentially a modified Xbox Kinect camera that maps movement and energy, the clip reportedly shows a figure manifesting in front of a tribal African executioner’s table. In the space of a few seconds, Weatherly said the figure kneels down onto the table and its head disappears.

“It was mind-boggling,” said Weatherly, who was holding the camera at the time. “I can’t tell you how many times I’ve looked at it.” Read more at Paranormal team uncovers evidence of ghosts at PC museum

David Weatherly's latest book can be found at Wood Knocks Volume 2: A Journal of Sasquatch Research

Deltona, FL - 2017-07-05: I have experienced things before, so have a specific few of my family members. I am not sure why they come or when they will, but they do. It was a normal night unlike any other. I went to bed and awoke to a brightness in my room. Thinking I had overslept my alarm I grabbed my phone and saw that it was only 4:26 am. I wondered why it was so bright in my room since it was only 4:30 in the morning, but was suddenly so sleepy that all I did was lay back down in bed as if nothing happened and went back to sleep. At least that is what I can remember. It is almost as if there is a blocking there. Something out of reach in my memory.... I can tell you the next morning I found it strange that I remembered waking up to a bright light but had done nothing to investigate it. When I showered that morning I noticed something on my upper right thigh. I had not injured myself and you can clearly see I had not shaved so it is not a shaving injury. 3 spots in a triangular shape. I knew something had happened, like I normally do, but as usual can not remember exactly what happened. I have included pictures of what I found. I am not looking for anything, or any attention. For me, this is something that I have come to accept. I never saw an object that night, that I can recall at least...all I remember is the light. It is such a powerful light. (Photos removed by MUFON) - MUFON 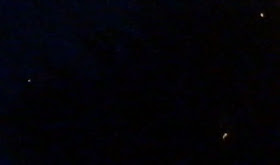 Jessup, PA - 2017-07-13: I was in my living room watching conspiracy theories and things on aliens when something told me to look out the window and there it was at first glance. I thought it was a plane, but the way how the object was moving caused me to grab my phone. The most strangest thing is the noises coming from the sky even though it was so far away. I suddenly felt a feeling of terror and confusion. I also thought I was seeing things, but when I showed this video to my wife I knew something was up there. Not even ten mins later the cloud had completely engulfed the UFO and it was no longer night time. It was beginning to turn dusk. - MUFON

Argentina: The Saucers of July 1947

Documents Expose How Hollywood Promotes War on Behalf of the Pentagon, CIA and NSA


The Roswell UFO Conspiracy: Exposing A Shocking And Sinister Secret

This newsletter is licensed under a Creative Commons Attribution-Noncommercial-No Derivative Works 3.0 United States License.
Hotlinking of PM Media images and copyrighted material is strictly forbidden unless permission is obtained.
'Phantoms and Monsters' and 'phantomsandmonsters.com' is protected under the Lanham (Trademark) Act (Title 15, Chapter 22 of the United States Code)
'Phantoms and Monsters' was establish in September 2005 as part of PM Media
Copyright 2005-2017 Phantoms and Monsters / PM Media - All Rights Reserved
Lon Strickler at 2:55 PM
Share
‹
›
Home
View web version