Daily 2 Cents: The Oklahoma Bird-Man -- Cache of JFK Assassination Records Released -- 'Looks like a monkey to me...' 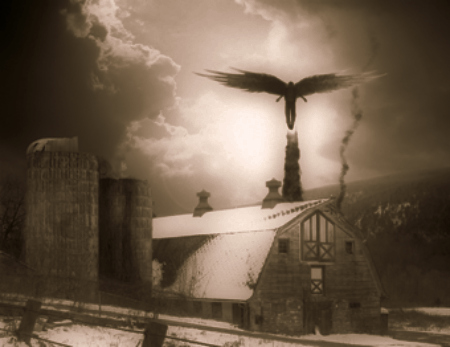 This release consists of 3,810 documents, including 441 formerly withheld-in-full documents and 3,369 documents formerly released with portions redacted. The documents originate from FBI and CIA series identified by the Assassination Records Review Board as assassination records. More releases will follow.

In the somewhat unsettling footage, the anomalous animal first appears seemingly immobile with its hairless face standing out amidst a mass of fur with its eyes darting around the room in a rather unnerving fashion.

The creature's hand, which appears to possess black fingernails, can also be seen at times resting atop the fur.

Later in the video, the eerie animal appears walking around a room on two feet with relative ease, suggesting that it is some kind of bipedal creature.

According to an analysis of the footage by Russian cryptozoologist Igor Burtsev, who brought the video to the attention of website Cryptomundo, the language spoken by the people in the footage indicates that the scene took place in Azerbaijan sometime around late last year.

Unfortunately, Burtev gives no indication of what the people in the video are saying, which would go a long way towards deciphering the legitimacy of the footage.

As one can imagine, it is being speculated by some cryptozoology enthusiasts that the creature in the footage is a young Almasty, which is essentially the Bigfoot of that region of the world.

Skeptical viewers, however, suggest that the animal is simply an unfortunate monkey that has been outfitted to look like something more exotic.

Either way, we're guessing that the people behind the video may have regretted their role in the incident as they were either stuck with a baby Almasty running wild in their apartment or what was likely a very ornery monkey once they removed its costume.

You can find the video at Watch: Bizarre Bipedal Creature Captured in Azerbaijan? NOTE: Looks like a monkey to me...Lon

Yaphet Kotto, who played villian Mr Big in Roger Moore classic Live and Let Die, has revealed in a bombshell interview a lifetime of experiences with aliens and UFOs.

The 77-year-old, who also starred as Parker in Alien, said he first had an alien encounter when he was just a child growing up in New York.

The actor claims to have seen UFO ships that “blotted out the entire sky” and seen creatures “six feet tall with elongated heads”.

He said: "I really don't care whether anyone thinks I'm delusional.”

Shockingly, Kotto claimed the “aliens” in touch with him are “close to making themselves known in this century”. Read more at James Bond star reveals he has met 'ALIENS' in shock revelation

Paranormal Pterodactyls In The U.K.? - NOTE: Jonathan Whitcomb 'Modern Pterosaurs' will be our guest on August 3rd at ArcaneRadio.com

At the end of her life, my mother started seeing ghosts, and it freaked me out

The Supervolcano Under Yellowstone Is Alive and Kicking