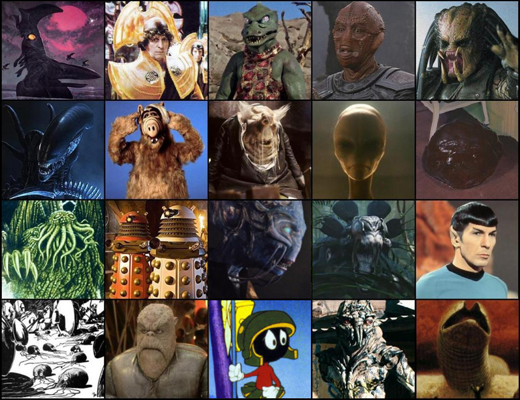 Humanoids in the Neighborhood

Santa Cruz, CA - 2017-07-17: Today I was relaxing at home when I noticed some movement across the street from my kitchen window. It's a small side street with lots of large trees. It was hard to tell what I was seeing at first, because they appeared to have some sort of camouflage, but it looked like black SWAT uniforms with small yellow lettering, once I was able to get a better view. They were up in a tree, very well-hidden by the leaves, and I was only really able to see them when they moved. It was apparent when they moved as opposed to the wind because only a small section of a branch would vibrate. I was startled and anxious because they were looking toward my house, and I first thought they had me under surveillance or something and couldn't understand what was going on. I watched them in the tree for at least 5-10 minutes, and I was crouched low looking through a cut out in my fence. They seemed to spot me at some point and some kind of faint beeping sound started, like an alarm on a radio, or walkie talkie. They then began trying to slowly and secretly climb down ropes that I could see being controlled by a man high in the tree wearing a blue jacket. They dropped out of sight behind the neighbor across the street's fence. So this was all weird enough, but what happened next was absolutely mind blowing.

I was trying to see where they went behind the fence, and noticed something very tall at the back of the driveway of their next door neighbor. Their driveway extends behind their house into the backyard. I realized I was looking at an unbelievably tall woman with very blonde, long hair. She had a sort of grey and white jumpsuit on, with a strange looking oval back covering that went around the top of her head and all the way down to her feet. It was only solid in the back, and was whitish in color with a patterned border around the edge. It didn't really look like fabric but I couldn't tell what it was. Her eyes were extremely large. She stood very still but moved slightly, and there seemed to be a shorter humanoid shape wearing the same color jumpsuit moving around rather wildly at her feet. But the shadow of the fence made it hard to see that part. The sunlight was good and bright, and the only obstruction was some sparse shadowing from tree leaves. Not really sure what I was looking at, I looked back to where the black-wearing tree climbers had been, and saw that suddenly there was now a short, skin-colored something standing behind their fence. The fence is a lattice pattern so there are a good many holes you can see through. It was too short to be seen over the top of the fence, but I could see a very large face with a deeply wrinkled forehead and eyes that almost looked like they were made of some kind of glitter. They were very large, and somewhat rounder than what people usually describe as "alien eyes." I could see that it was looking right at me, so not knowing what else to do, I waved at it. It then reached a hand with very long bony fingers through the fence lattice and waved back. It waved a couple more times, stopping in between waves. I was so stunned that I had to look away and shake my head to make sure I wasn't hallucinating. When I looked back it had stopped waving and was a little farther back from the fence. It seemed like a good entity, whatever it was. Even though I was seeing from across the street through 2 fences, I could see it quite well.

Things somehow got even weirder after that. I decided to lay down for a minute, glancing back to where the massive woman had been, but there didn't seem to be anyone there anymore. I went up into my little loft, which has several skylights under a giant live oak tree. I stared at the tree trying to process what I had just witnessed, when I noticed a couple of branches quivering like the ones the covert ops guys had been shaking. I expected to see more of those creepy agents, but instead strained to see a much smaller creature climbing expertly up into the high branches. It was difficult to see it clearly because it seemed to be a dusty grey green color, much like the trees bark and leaves. It seemed to have textured skin, possibly scaly, and it had an angular face with teeny tiny little projections like little horns or possibly short antennae. it has a small mouth that looked full of sharp teeth. It's eyes were quite large and dark. It had a humanoid build but was short. I stared at this for many minutes, wondering what the Hell was going on. Then I caught sight of some slight movement on other branches and saw two more of the same creatures climbing easily up the tall tree. They reached a high up branch that was big enough to lay on. The light, once they stopped moving much, was not ideal and it was hard to see them when the were sitting still. in the shade of the branches it looked like an even smaller, dark green creature was working on the gray-colored ones back somehow, it looked like a massage to me. I watched until my neck was too painful from looking up to continue. When I looked back a little later, the branches were empty.

This was all preceded by an unnerving experience late the night before. I got up to get water and glanced at the driveway neighbors' window. Inside I saw an unnaturally gangly figure that was bluish light grey. It was staring out of their window directly at me which caught me off guard and I let out a little shriek. I walked from the kitchen into the bathroom and looked again, seeing that it's eyes followed where I was. I called my boyfriend in fear and told him what I was seeing. He was just excited while I was scared. I thought that would be the end of it when I went to bed, but the next day was even crazier! I wish I had a way to find out what was going on!

The photos I included (not with the report) are not mine, but the first two show what the tall woman looked like and the next shows somewhat how the alien behind the fence looked, and the last one is kind of like the tree ones, except they were smaller and gray green and didn't look as mean as that one. But they did have sharp looking teeth.

There was also a very small orb darting about the branches of the oak tree and any time it would graze a twig it would give a little shake. I've never seen a bird or bug or other flying life form move in that manner.

I attest that this is all true and I described it to the best of my knowledge. I have never seen anything like this before and really would like to know what was going on, and if it is real why so many different kinds of extraterrestrials were in my neighborhood. - MUFON

And it's not just because of his involvement with the Moriah Chamber of Commerce, which promotes an annual Champ Day.

"Two summers ago, I had a sighting that I cannot explain," he said.

"On a clear July summer evening, from a high vantage point with a clear view of Bulwagga Bay and a dead calm lake, I saw a large, black, featureless stationary object about the size and shape of an outboard motorboat.

"It was there when I came upon the scene, and it was motionless.

"I watched it for more than a minute in this stationary position, then it slowly divided into two large humps of equal size, which slowly sank over the course of 30 to 45 seconds.

"I will talk about it if asked, but the reactions I get are fascinating. People insist on telling me what I saw — a duck, a stick, a wave, etc. — as if to comfort their own minds more than refute what I describe."

He isn't the only area resident to report sightings — and they aren't all from years in the past. Read more at Champ sightings keep legend alive

You can find Katy Elizabeth's 'Champ' research at Champ Search 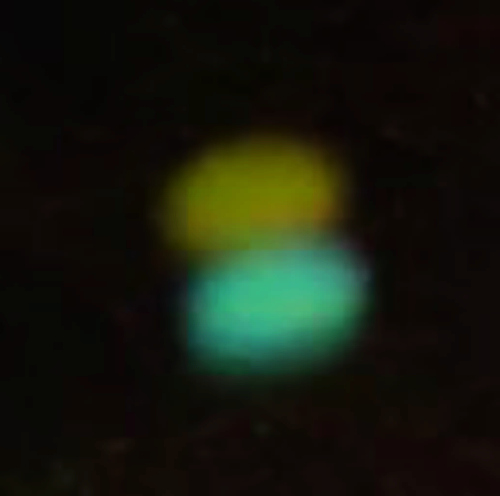 My friend and colleague Brett Butler captured this orb near her home. As well as being an accomplished entertainer, she is also a gifted psychic medium...who has been experiencing various light anomalies since January 2017. Video can be found at Multi-Colored Double Orb

NASA wanted to talk about science. A congressman wanted to ask about Martian civilizations

ORBS: Their Mission & Messages of Hope

The Complete Story of the Worldwide Invasion of the Orange Orbs

This newsletter is licensed under a Creative Commons Attribution-Noncommercial-No Derivative Works 3.0 United States License.
Hotlinking of PM Media images and copyrighted material is strictly forbidden unless permission is obtained.
'Phantoms and Monsters' and 'phantomsandmonsters.com' is protected under the Lanham (Trademark) Act (Title 15, Chapter 22 of the United States Code)
'Phantoms and Monsters' was establish in September 2005 as part of PM Media
Copyright 2005-2017 Phantoms and Monsters / PM Media - All Rights Reserved
Lon Strickler at 3:40 PM
Share
‹
›
Home
View web version