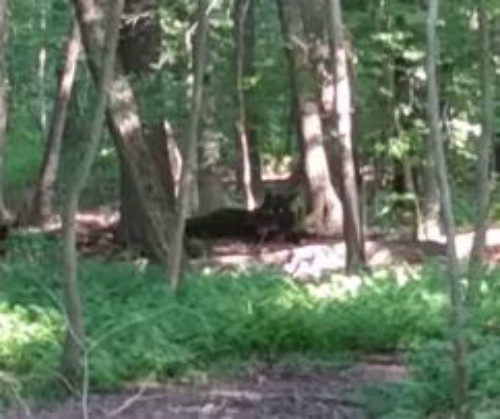 Here's an image that has been making the rounds on social media. Your thoughts? 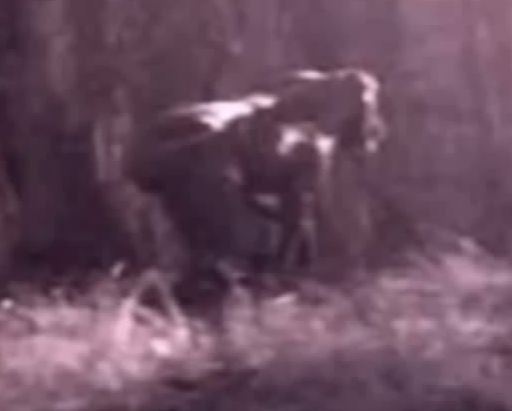 The videos were taken in Delaware....but were removed from public view by the owner.

Woodbury, Minnesota: On 7/1/17, at approximately 2:00 am, I heard my patio door open and a male whisper. I knew there was going to be a MILAB and I started to panic. Just as I was about to jump out of bed and meet them at my bedroom door, I started receiving mental telepathy that was saying "just let it happen." The message kept repeating until I understood it was from the alien race who usually abducts me on a regular basis. I relaxed and blacked out. My dog was sleeping on my bed with me and didn't even move.

In the morning, when I woke up, I instantly recalled the event. There was a fresh needle mark on my arm where one would get an IV.

3 days prior to the abduction, I noticed a new light had been put in my bedroom. I knew it was observation. The light was golden and was placed in the corner where the ceiling met the wall. It was directed at my bed. The light was gone after the MILAB. - MUFON

“We were near the lake’s main channel when we saw something splashing around in the water,” he told the website.

The man described the creature as 10-feet-long and reminiscent of the mythical Loch Ness monster. It was visible for about a minute before dropping below the surface, he told the website.

No photos were included with the article, posted on July 10. The source was described as a salesman who declined to let his name be printed.

This is just the latest in an ongoing series of “monster” sightings on the man-made lake.

There is even a website called LakeNormanMonster.com that allows people to post their sightings. Most describe the creature, called Normie, as looking like the famed Loch Ness monster that allegedly inhabits Loch Ness in the Scottish Highlands.

A page is devoted to The Lake Norman Monster on the website UnknownExplorers.com, and it notes there is currently no physical evidence to support the existence of a monster living in Lake Norman. The site speculates the sightings could involve a giant catfish or alligator gar.

“Descriptions of Normie vary from sighting to sighting, and range from a crocodilian like creature to the more classic three humped serpent,” says UnknownExplorers.com. “Most that have seen the Lake Norman Monster seem to agree that the beast is more fish like, with a slender body, thick whisker like appendages, flippers and a ragged looking dorsal fin.”

The Observer has covered the ongoing Lake Norman sightings, which date back nearly 50 years.

A few dozen witnesses have posted sightings on LakeNormanMonster.com, including some from last year. Descriptions range from a dinosaur-like monster to a giant snake with fins...and thick whiskers.

“I was on a boat when a huge force from below knocked me over board,” posted John Edds of Huntersville last year. “I got back on to my boat when i saw a Nessie-like sea monster swimming away from me. it looked about 15 feet long.”

A witness identified as Nate from Denver, N.C., posted he and his girlfriend saw the creature while on a Jet Ski in 2014.

“We both saw a large body come to the surface. It was dark, and shiny in some spots but was at least 14-ft long...We both were scared to death...She is now scared to swim there, but I’m really curious.”

Shroud of Turin Has Human Blood

Researchers in Italy analyzing the world-famous Shroud of Turn, which some believe to be the burial cloth of Jesus Christ, have discovered that the relic carries the blood of a torture victim.

Elvio Carlino, a researcher at the Institute of Crystallography, said last week in an article for Catholic News Agency that the small particles analyzed "have recorded a scenario of great suffering, whose victim was wrapped up in the funeral cloth."

The nanoparticles in question have a peculiar structure, size and distribution, which are not typical of the blood of a healthy person.

The particles showed high levels of substances called creatinine and ferritin, which are found in patients who have suffered multiple traumas like torture. Read more at Shroud of Turin Has Blood of Torture Victim, Possibly Jesus Christ, New Research Discovers

The Case of the Morphing Flying Saucer

The Nephilim Among Us: The Identity And Origin of Sasquatch And Other Mysterious Creatures

Bigfoot in Pennsylvania: A History of Wild-Men, Gorillas, and Other Hairy Monsters in the Keystone State

This newsletter is licensed under a Creative Commons Attribution-Noncommercial-No Derivative Works 3.0 United States License.
Hotlinking of PM Media images and copyrighted material is strictly forbidden unless permission is obtained.
'Phantoms and Monsters' and 'phantomsandmonsters.com' is protected under the Lanham (Trademark) Act (Title 15, Chapter 22 of the United States Code)
'Phantoms and Monsters' was establish in September 2005 as part of PM Media
Copyright 2005-2017 Phantoms and Monsters / PM Media - All Rights Reserved
Lon Strickler at 3:29 PM
Share
‹
›
Home
View web version