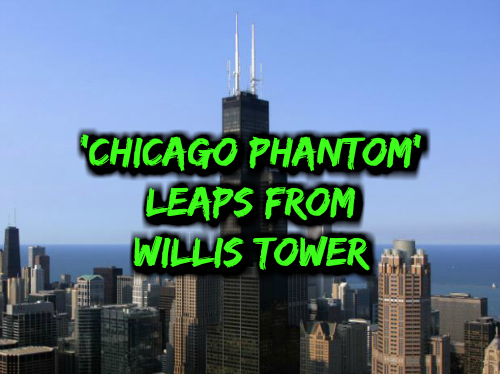 I received a telephone call from the witness (Guillermo) at 7:38 PM ET who states that he witnessed a flying human-like being at approximately 5:10 PM CT. This was a time difference of 1 hour 18 mins between the sighting and the call. The witness states he was attempting to calm down and then find somewhere to report this sighting. He found my telephone number online and then called. He still seemed somewhat distressed when we talked.

The witness states that he was outside the Franklin Tap on 325 S. Franklin St. while smoking a cigarette. He was alone at the time, though there were many people walking along the sidewalk. He happened to look up towards the Willis Tower (at 233 S. Wacker Dr.), and noticed a human-like figure standing near the top of the building. In a perched position, the being looked like a 6 foot human with tall wings that extended a few feet above the body. As he watched, the being leaped off the building, stretched out the wings, dipped and swooped upwards. It gained altitude as it flapped its wings and headed off in a northern direction.

The witness states that the being's outstretched wings were not very large, maybe 6-8 from tip-tip, but were very jagged and insect-like (shaped similar to a moth). The being was also dark green in color and had a body form like that of a mantis. The legs seemed to be human-like and extended beyond the body while flying. He called it a 'human, insect and bird mix'...that seemed to mutate while in flight.

The witness tells me that he had not heard of any of the previous sightings, and that other people he talked to were unaware of the sightings as well. I asked the witness to stay in touch...I have his contact information.

NOTE: Once again, another variation in description. I have thought that there may have been at least 3 different beings reported. I am now convinced that theory is correct. This was the first sighting in July 2017 and the first since the June 30th sighting in Logan Square and the June 29th sighting in Auburn Gresham. I received a message today from a friend on Facebook who stated "I've been doing a lot of thinking that the Sears Towers is in peril in Chicago...a vision if you will." The Sears Tower was renamed Willis Tower on July 16, 2009. This sighting has been added to the Chicago Phantom / Owlman / Mothman / Man-Bat / Flying Humanoid Reports - Chicago Metro Area - Interactive Map 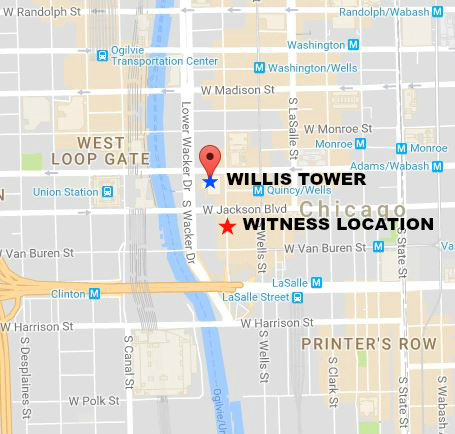 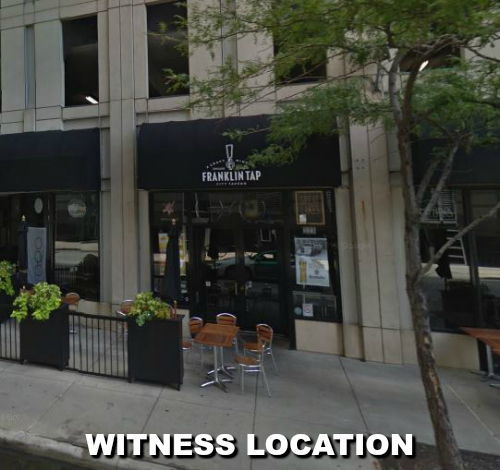 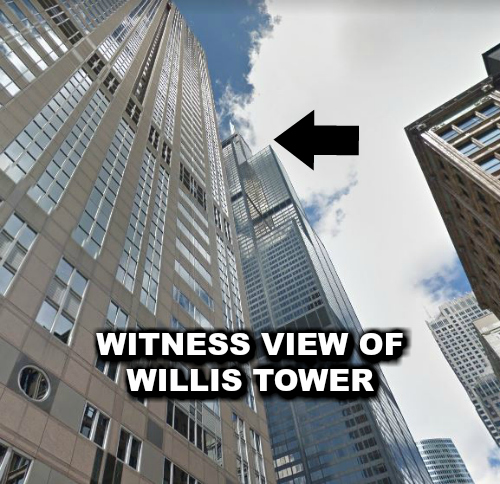 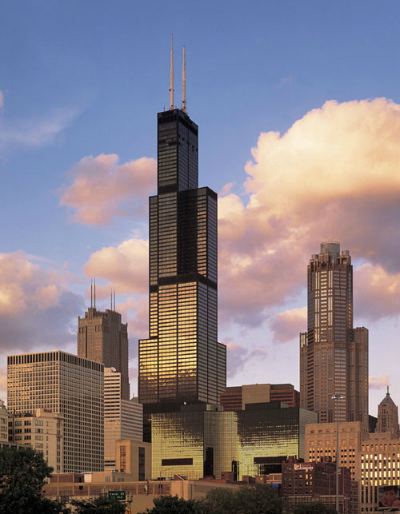 Have you had a sighting of a flying humanoid or huge bat-like creature in the Chicago, Illinois metro area or nearby? The entity has also been referred to as the 'Chicago Phantom', 'Chicago Mothman', 'Chicago Owlman' & 'Chicago Man-Bat.' Please feel free to contact me at lonstrickler@phantomsandmonsters.com - your anonymity is guaranteed. Our investigative group is conducting a serious examination of his phenomenon. We are merely seeking the truth and wish to determine what eyewitnesses have been encountering. Your cooperation is truly appreciated. You can call me directly at 410-241-5974 as well. Thanks...Lon Strickler #ChicagoPhantom
The Phantoms & Monsters 'Encounters' series - 5 books available