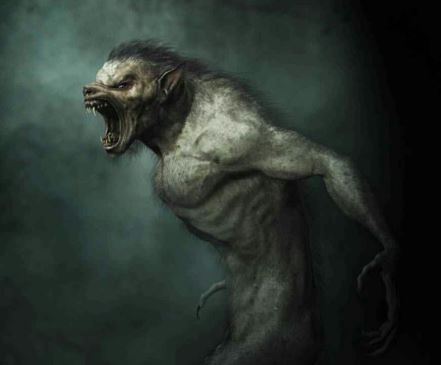 Hey Lon. I just wanted to report a strange howl/scream that my daughter and I heard last Thursday, at around 9pm. We just returned from my daughter's gymnastics class when we crossed the street toward our condo. We both heard it, plain as a bell. It was no man-made noise, it was horrid and unnerving. I spotted a dogman many years ago inside of the city (Calgary, Alberta), it was a very brief encounter, but it was surprising. They are huge, big as a moose. I thought was a moose until it crossed in front of my car. It carried its arms under its head and ran kinda funny, like springing from foot to foot. I think this is what made this howl/scream. Thought I'd let you know. Been wanting to share this story for a long time. Thank you. AB

Hello Lon. I recently watched a YouTube video from Beyond Creepy about an upright walking coyote! The place Estancia, NM...but my mom was the witness. She would tell me this story of how a coyote she observed would walk right into the valley on two legs hopping fences and just outright supernatural! My family has always had strange occurrences through the years. Many different sightings of things you could only see in you're worst nightmares! So with this being, I believe the occurrences were in the early 80's same MO as the last story. The town only has around 1300 residents, even to this day maybe a little more but I figure why let this story just die with time!

Of course the sightings frightened her but I remember her saying that the coyote would even stop and notice my mother observing it and lock eye contact before the coyote would just walk away casually like everything was just normal! I know that it happened more than once so much so that my mother became maybe even a little accustomed to it she obviously knew after awhile it meant no harm hence the awkward but familiar locking eyes! I remember this story because she would tell me many times over my 28 years. I can get her to reiterate the circumstances and situation again but I feel I elaborated on the jist of it! Only reason we don't come forward ever is obviously the ridicule we would receive. I felt after hearing about the ladies story from Oklahoma it was time! Feel free to email me back with any questions. I know how things like this sound but I am a firm believer that just because you can't touch it doesn't mean it's not there thank you for allowing me to entertain you with this story! JA

The viral video of a creature resembling human and dog characteristics sparked many debates and assumptions since there wasn’t much info that came with it.

We today uncover for you what exactly this creature is, prepare to be baffled.

While it is genetically considered impossible to have a half-dog, half-human creature it is however worth pondering about especially if you live in Africa where witchcraft has so often defied science. In other parts of the world genetic modification and feral child issues will motivate you to want to understand more.

The mysterious creature drew comments from around the world, with various suggestions of the possible explanations. One’s location and tradition could easily be tied up to their explanation. Read more / video at Uncovering the viral South African ‘half-dog, half-human’ creature

I made a video about how a tree seemed to appear in a place overnight. This was a comment about how a giant boulder appeared in an area in the middle of the woods:

“We went to metal detect in a rural area of up state New York that we had hunted many times before. On site we discovered something that had not been there the previous day. There, in the middle of this forested area, was a huge boulder easily the size of 1/2 a bus. We thought we were in the wrong spot until we found the old cellar hole we had been digging bottles out of. Our cellar hole was like 12' away from this gigantic boulder that was never there before. The boulder had a crack in the middle that ran from top to bottom and was wide enough to walk through. In the middle of the crack was a "Y" shaped branch stuck into the ground just like "X' marks the spot. We dug under that branch but found nothing. I'm 70 now and don't care if you believe this or not. Just telling you what happened one day in the woods.”

Did This Guy Have A Creepy Stalker Following Him? We'll Let You Be The Judge


DMT: The Spirit Molecule: A Doctor's Revolutionary Research into the Biology of Near-Death and Mystical Experiences

The Andreasson Affair: The True Story of a Close Encounter of the Fourth Kind

The Ascension Mysteries: Revealing the Cosmic Battle Between Good and Evil

This newsletter is licensed under a Creative Commons Attribution-Noncommercial-No Derivative Works 3.0 United States License.
Hotlinking of PM Media images and copyrighted material is strictly forbidden unless permission is obtained.
'Phantoms and Monsters' and 'phantomsandmonsters.com' is protected under the Lanham (Trademark) Act (Title 15, Chapter 22 of the United States Code)
'Phantoms and Monsters' was establish in September 2005 as part of PM Media
Copyright 2005-2017 Phantoms and Monsters / PM Media - All Rights Reserved
Lon Strickler at 11:24 AM
Share
‹
›
Home
View web version