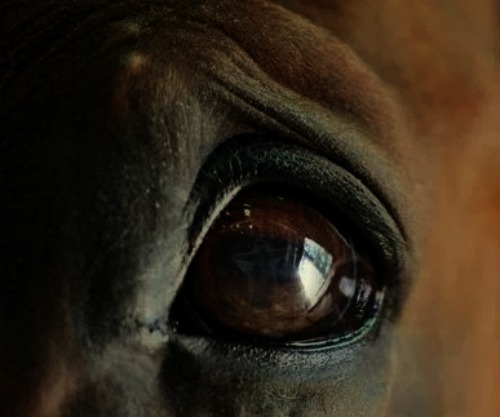 Michael from West Virginia called in to tell of a strange story he heard while doing video production in high school in Point Pleasant, WV:

“I just wanted to share a story that I heard second hand in Point Pleasant, West Virginia where I went to high school. I was in a video production class right around the time the movie with Richard Gere was getting made. So we decided to make a documentary. We spoke to an old woman that, during the time of the original sightings back in the 60s, said that she was out riding her horse one day and she said she felt someone sit down behind her. All of a sudden the horse bucked her off and went crazy. They chased the horse down and they looked at the horse. Burned into the flesh of the horse was the legs of a man. And she swears up and down that this was the Mothman even though she never got to look at it. I just thought that was interesting story.”

I received the following information from Nick Redfern, as the result of my post on an upright coyote sighting:

I get a lot of reports of odd coyotes in Oklahoma and North Texas, some upright and others kind of "bouncing" along on their hind legs. This one (in the link below) came from a guy named Ryan Craighead, who I interviewed personally in 2010 and which has a photo to go with it, showing that bouncing style. He told me (and the local Fox News channel, who were also on-site) that it ran like that consistently: 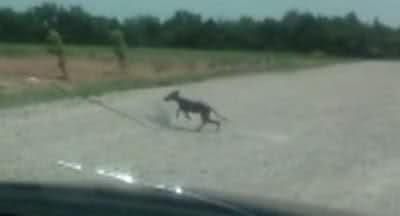 Odessa, Florida - 1966-05-17: I was 4 years old the first memory I have of encounters. I awoke to see entities in my room that I first took to be children. Then I remember having the thought that they were small like me, but they were not children. I was unable to move. I was taken up through the roof without damage, in a beam of light into the underside of a lighted circular domed craft. It is my impression that my bed went up too. The craft was hovering a bit higher than treetop level, and emitting a whirring, humming sound. I have only vague impressions of anything after that, until I was awakened in the morning by my family, and found that I had been asleep up in a tree. Our home was very isolated, being in 150 acres of groves, trees, and swamp. There are family anecdotes about my "sleep walking" as a small child, because there were several times that they could not find me in the morning, only to find me asleep somewhere outside, often up a tree. I was notoriously scared of the dark, especially going outside at our rural location after dark. I doubt that I would have gone outside in the middle of the night on my own. I had frequent night terrors and nightmares. I have vague memories of other encounters over the years, and memories of information given to me, on subjects that were not even discussed at that time, but are being put forward as theories in more recent times.

Over time, I got the impression that I was part of some sort of reproductive or DNA experiments. At one point in my late 20s I did something that interfered with their process. This is my only real memory of any other than the small grays. I was on one of their craft, and a large gray with long thin limbs seemed angry with me, and additionally frustrated at my inability to understand his language or what he was trying to tell me. At that point, I believe that I was removed from their program of experiments, and I don't believe I had any further contact after that point. The nightmares continued, including waking up screaming, for about another 20 years. - MUFON

Updated | Yellowstone supervolcano has been hit by a series of earthquakes, with more 400 recorded since June 12. The latest was recorded on Monday, June 19, with a magnitude 3 earthquake striking 8.6 miles north northeast of West Yellowstone, Montana.

“The earthquake was [reportedly] felt in the towns of West Yellowstone and Gardiner, Montana, in Yellowstone National Park, and elsewhere in the surrounding region.” Read more at Yellowstone Swarm Earthquakes

Law Enforcement and the World of the Supernatural

Cover-Up at Roswell: Exposing the 70-Year Conspiracy to Suppress the Truth