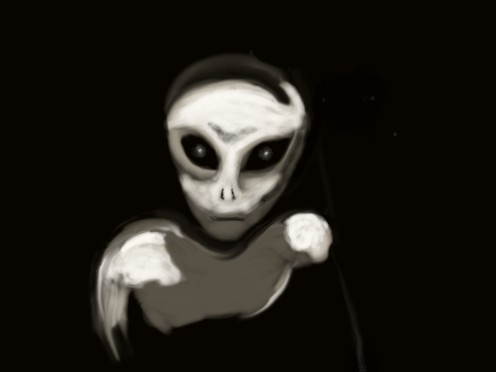 Haleyville, AL - 2017-06-18 - 8:11AM: I was walking the dog and it ran in the woods. I went to recover the dog and noticed something in the corner of my eye when I raised up from recovering the dog. I started to turn to look when this Grey 4 foot tall made 2 loud screams I've NEVER heard before! I got a small glimpse and took off running to the house. It happened around 8am the hairs on the back of my neck and body stood straight up, might be out of fear. I heard low beeping noises for a couple days after having this encounter and had a transformer to blow up about a mile away from where I seen it. No lightning storms where around. - MUFON

A crystal clear photograph taken by the Opportunity rover shows an unidentified object sitting nearby.

Unlike previous images of anomalous objects on Mars, this one is very clear and evidently not simply a case of pareidolia - the brain's natural tendency to see meaningful shapes in abstract patterns.

Situated on the Meridiani Planum region of Mars, the most likely explanation is that it is a piece of debris from the rover's own landing systems. 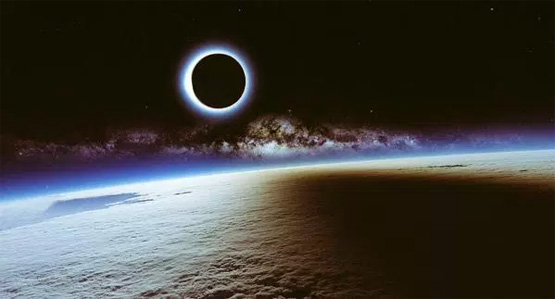 The actor will soon debut a TV series on A&E called “The Lowe Files” in which he and his two adult sons go in search of the paranormal. And, he claims that in some cases, they actually found it.

Lowe told Entertainment Weekly that he had an “incredible encounter” with a creature known as the wood ape, or the Ozark version of Sasquatch or Bigfoot.

“I’m fully aware that I sound like a crazy, Hollywood kook right now,” he admitted.

Lowe said he was terrified by the encounter.

“I was lying on the ground thinking I was going to be killed,” he said.

Since the wood ape encounter is in the show’s season finale, Lowe refused to reveal too many details about it. But he set the scene:

“We’re 100 miles from the nearest town. We spent 45 minutes on the most rugged, brutal mountain trails. It’s 1 in the morning. There are a lot of serious former military men with loaded weapons, then something starts approaching our camps that is defying their orders to stop and their warnings that [they were] armed.”
A&E said in a news release that the show’s nine episodes will tackle aliens, remote viewing, “angry, vengeful spirits” and more.

“While fun in spirit, the Lowes are able to conduct deliberate and scientific investigations on a highly-sophisticated level by meeting with top experts, using high-tech monitoring equipment and taking in-depth training courses,” the network said. - Rob Lowe: I Saw Bigfoot, And I Thought It Would Kill Me


Venus Rising: A Concise History of the Second Planet

This newsletter is licensed under a Creative Commons Attribution-Noncommercial-No Derivative Works 3.0 United States License.
Hotlinking of PM Media images and copyrighted material is strictly forbidden unless permission is obtained.
'Phantoms and Monsters' and 'phantomsandmonsters.com' is protected under the Lanham (Trademark) Act (Title 15, Chapter 22 of the United States Code)
'Phantoms and Monsters' was establish in September 2005 as part of PM Media
Copyright 2005-2017 Phantoms and Monsters / PM Media - All Rights Reserved
Lon Strickler at 5:20 PM
Share
‹
›
Home
View web version