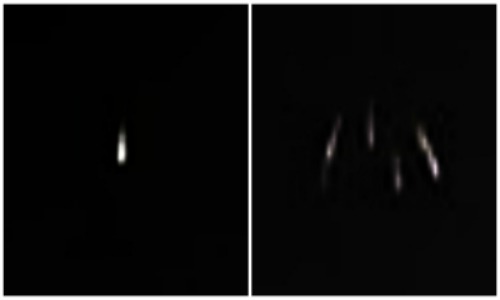 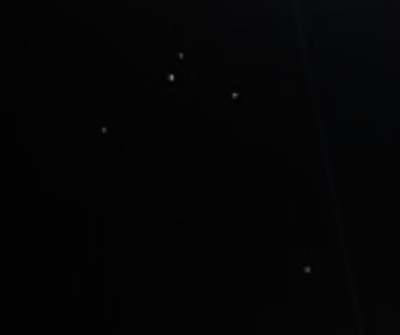 2017-06-02 - My husband and our 2 boys were at a Pelicans baseball game in Myrtle Beach, SC. He saw a weird fireball like light in the sky and watched it for a while and then started recording it. It then "dropped"/broke-off/dispersed into more lights/fireballs. They all hovered, then zig-zagged then fell some. Eventually lost sight behind trees. There was no sound that was noticeable. Lots of people in the stands were watching it so plenty of witnesses. - MUFON

UPDATE: This was a demonstration by the Army Golden Knights 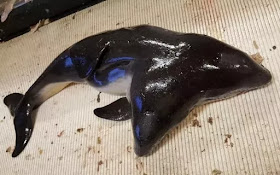 A group of fishermen accidentally discovered the world's first two-headed porpoise, but tossed it back into the sea for fear of getting into trouble.

The bizarre animal was picked up by a Dutch trawler near Hoek van Holland, and is the first known case of conjoined twin porpoises.

Fearing it would be illegal to keep the specimen, the fishermen took a few quick photographs of the dead creature and threw it back into the ocean.

Experts at the University of Rotterdam are now poring over those photographs in the hopes of learning more about parapagus dicephalus - partial twinning - in marine life. Read more at Dutch fishermen discover world's first two-headed porpoise

Is it a Thylacine?

This latest video shows an animal with black stripes moving around on the left side of the frame.The animal is never fully shown, making it very difficult to identify.

While it is possible that the video shows a Tasmanian Tiger surviving in the wild, the creature is far more likely to be an Eastern Barred Bandicoot or similar species. Find video at Striped animal on trail camera in Tasmania

Rosa María Apodaca has spent the past six years looking for her eldest daughter.

Patricia Jazmín Ibarra was 18 when she left on the morning of 7 June 2011 to go to work at a mobile phone shop in the centre of Ciudad Juárez.

"They stole her," says her mother, who has given up her job to look for Patricia Jazmín.

Ms Apodaca knows that many of the young girls who disappeared from Ciudad Juárez were eventually found dead.

The city on the Mexican-US border is located on a key route for drug smuggling and human trafficking.

In the 1990s, Ciudad Juárez became infamous for the staggering numbers of young women who disappeared from it, and between 2008 and 2011 the city held the dubious title of murder capital of the world.

"They never find them alive. They find only bones, this is how they give them back to their families," Ms Apodaca says of the many women who have gone missing.

"You never have the certainty that it is your own daughter." Read more at The Mexican doctor rehydrating the dead

Eerie Blue Light in Ohio City is a Bad Sign

Woman Claims to See Hologram Above Temple Mount in Jerusalem

This newsletter is licensed under a Creative Commons Attribution-Noncommercial-No Derivative Works 3.0 United States License.
Hotlinking of PM Media images and copyrighted material is strictly forbidden unless permission is obtained.
'Phantoms and Monsters' and 'phantomsandmonsters.com' is protected under the Lanham (Trademark) Act (Title 15, Chapter 22 of the United States Code)
'Phantoms and Monsters' was establish in September 2005 as part of PM Media
Copyright 2005-2017 Phantoms and Monsters / PM Media - All Rights Reserved
Lon Strickler at 1:52 PM
Share
‹
›
Home
View web version