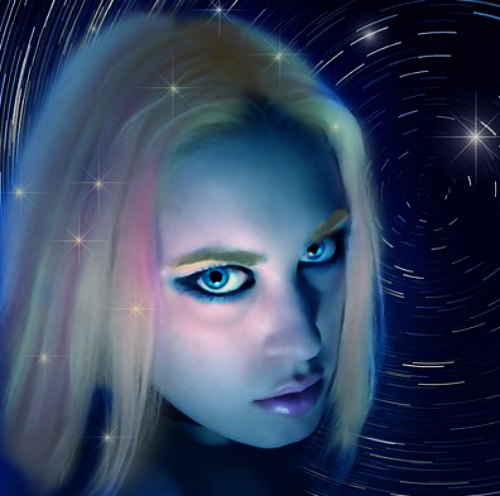 Salisbury, NB, Canada - 2017-06-17: It was around 10:00 and I was getting ready for bed so I had to take my dog for a walk. I took her to the end of the street which is usually where we turn around and go back home, but it started to rain. Both of us love the rain so I decided to keep going. We walked about 10 more minutes down to Highland Park and just sat at a picnic table for a while, just enjoying the rain. That was when I started feeling this weird sort of fear as if there was some predator watching me from the woods. Eventually the fear grew too strong and I got up and speed-walked away. From there we went down to the lagoon (a retired sewage pond which had been recently drained) and I decided to walk all the way around it but the fear still went on and getting stronger. I could have sworn something was stalking me. So I just bolted. I ran as fast as I could for as long as I could but being as fat as I am that wasn't very far. When I stopped to catch my breath I looked around to check for predators and saw nothing, until I looked up.

When I looked up there were two triangular shaped (for lack of a better term) flying machines. They were a dark sort of hazy gray with a faintly glowing red dome on the bottom and three bright white lights coming off of each corner. The two of them circled each other in what appeared to be very well organised. I stood still and stared at them for approximately 3 minutes (I found watching them very calming) until one of them stopped and suddenly I was engulfed in a white light. I could not see anything and I was frightened out of my wits, but then I suddenly calmed instantly (I wasn't even out of breath anymore and the light went away and by that time both of them were gone.)

I thought nothing of it at first and just speed-walked home, but when I got home it was 3:17 am (5 hours after I left). From my perspective I thought I had been gone maybe 45 minutes.

The next day while at work I kept getting memory flashes of being on a platform in an all-white room surrounded by tall naked blond people. I also had memory flashes of being released from the platform and trying to mingle with the tall naked blond people who I suspect to have been Nordic aliens and they all looked like they were scared of me. One of their hands glowed blue and slapped me in the face. For now that's all I remember but every second day or so I get another memory flash. - MUFON

Enveloped by a Bright Light

St. Johns Island, SC - 2016-08-12: There were 4 of us paddleboarding on the lake at around 2 am. A very bright light approached us on the shore and enveloped us. Next thing we knew is we were all coming to on the beach around 75 yards from where we were taken. Our boards were still out in the lake. None of us were physically injured as far as we know. It did however and still does take a toll on our mental strength. I guess we are more so just happy we weren't taken forever. None of us remember the time that we were gone. We just remember coming back to consciousness on shore all pretty much at the same time. Though some of us have more interesting recall of what happened, we all share the same experience. - MUFON

LINCOLN PARK — Be on the lookout, Lincoln Park joggers and strollers: "Nature's a--holes" are at it again.

With the first day of summer in the books, reports are increasing that red-winged blackbirds are attacking anyone within the area in Lincoln Park and other more rural areas of the city.

"Red-winged blackbirds are protecting their nests, and they can be pretty mean about it," said Kate Golemblewski, spokeswoman for the Field Museum.

Field ornithologist Josh Engel said it "is definitely a seasonal thing," adding, "They are a migratory species, and generally in Chicago they arrive for the spring in late February and early March. Read more at Runners Beware: Red-Winged Blackbirds, 'Nature's A--holes,' Are At It Again

'I spoke to aliens'

A woman shockingly claims to have made contact with aliens after a bizarre incident in which a "flaming UFO" reportedly followed her car.

The woman said she and her 10-year-old son encountered an object following them along a rural roadway, near Mexico in Missouri.

She claimed a flaming UFO followed above her car before shooting off and stopping in front of them.

It was at that point she attempted to speak to its alleged crew.

In a report to the Mutual UFO Network (MUFON), based in the US which investigates UFO reports, she said: "As I was driving north, I noticed ahead of me, and to the left of the road, a fiery image about treetop level.

“The fiery image moved from its location left of the road and instantly appeared on the right side of the road. Read more at 'I spoke to aliens' Woman tells of bizarre encounter after UFO 'tailed her car

Top 10 Secret United States Government Bunkers - Not much of a secret...Lon

STEPHEN HAWKING: 'What aliens know about Donald Trump and why he threatens Earth'

This disturbing map reveals how climate change is already affecting your health, based on the state you live in and Everyone Needs To Create A Tick Kit, And Here’s Why - BTW, check your pets for ticks as well. I had a miniature poodle w/ Lyme Disease...he suffered considerable pain. Lon


Hunting Monsters: Cryptozoology and the Reality Behind the Myths

This newsletter is licensed under a Creative Commons Attribution-Noncommercial-No Derivative Works 3.0 United States License.
Hotlinking of PM Media images and copyrighted material is strictly forbidden unless permission is obtained.
'Phantoms and Monsters' and 'phantomsandmonsters.com' is protected under the Lanham (Trademark) Act (Title 15, Chapter 22 of the United States Code)
'Phantoms and Monsters' was establish in September 2005 as part of PM Media
Copyright 2005-2017 Phantoms and Monsters / PM Media - All Rights Reserved
Lon Strickler at 2:54 PM
Share
‹
›
Home
View web version