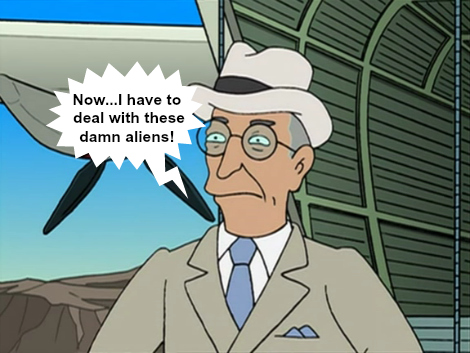 Roswell, NM: My uncle (Wayne Schell) was a personal bodyguard to Pres. Harry S. Truman in 1947. They both went to Roswell at insistence of POTUS Truman in July 1947 after sneaking out of White House disguised as press. My uncle said they met a Major Easley at crash site. Major Easley promised the President that nothing from the crash would remain. - MUFON

This report was submitted by William Sells, from Noblesville, Indiana, whose profile says he is a retired "specialist" at the National Security Agency (NSA), said his uncle Wayne Schell had been personal bodyguard to President Truman, and had told him in the 1960s about the secret operation, which involved the use of a "double" of President Truman. Could this be true?

He also stated later to the Daily Express:

"The secret service instituted Operation Doppelganger and provided Harry Truman's double to make sure the press was unaware of Harry's real location.

"At first I did not believe him (Mr Schell) until we opened his military footlocker in his bedroom after his death around 1969.

"In there were letters from FDR and Truman along with glossy photos of the Yalta Conference with Churchill, Stalin and FDR."

Lisburn, Northern Ireland, UK - 2017-04-12: I was in my back garden waiting on the clouds to clear so i could watch the moon and Jupiter through a telescope at approximately midnight London UK time i seen a bright star through the telescope as i was aiming toward Jupiter i stayed on the star for about 30 seconds before it drastically sped of to the left. i gazed at Jupiter after that and tried to forget about it for personal reasons. i went to bed at about 1AM i then for the second night in a row heard high pitched noises that sounded like Morse Code but really fast , that had woke me up but it felt like it was something trying to get my attention as i was looking round my room i noticed that white and black tubes where receding of my bed and the tartan pattern on my bed sheets was also doing this. i was scared and felt an urge to scream for help but at that moment i seen four black egg head shaped shadow figures varied in height size standing at the end of my bed and i then panicked and went to get out of my bed but at this moment a voice entered inside my head and told me in what i can only describe as a robotic voice, we won't disturb you from other people,it then said it again. although the voice was deep and scary i felt comfortable to lie back and ask to see my mum again, at this moment my room was filled with orbs and stars that felt like they were passing through me and i felt like i was getting closer to my mum as if my room was traveling through space and time. after about 2 minutes the orbs disappeared with the stars gradually a few at a time and then the pattern was back on my bed sheets and everything felt normal i got out of my bed turned the light on and everything was as normal. i felt highly emotional but grateful to be back i don't know where i was but they whoever they were obviously didn't hurt me and calmed me when i felt distressed. today is the day after. today's date is 13/4/17 and it is becoming more clear as the day goes on that i was abducted but with my room as my surroundings and these beings that did so did not want to hurt me or scare me but because i was so scared they did not continue with their intentions and brought me home. i feel sad and thankful but have a feeling that every thing will be ok but also feel that they are gonna come back when they think i can cope with it. - MUFON

WATERVILLE, Maine — In the same month the Statue of Liberty was dedicated in New York in 1886, a handful of newspapers in New England published stories about a deadly encounter in the Maine woods involving what today likely would be termed “Bigfoot” or “Sasquatch.”

The story of the 10-foot-tall “wild man” with 7-foot-long arms and hair growing all over his face and body was reported in broadsheets of the time after first gracing the pages of the Waterville Sentinel, a weekly paper that no longer exists. The Waterville Morning Sentinel was established 18 years later in 1904.

Tales of these seldom-seen, mysterious apelike beasts are found in Maine folklore, according to experts, but they are more prevalent in California, Washington and Oregon tales. Online searches yield hundreds of similar stories from around the globe.

The Maine story starts in early October 1886 when “an affrighted Frenchman from over the line” arrived in the Elm City to weave a frightening tale of woe, according to an excerpt from the Sentinel published in at least two other papers of the era, the Wilton Record and The Industrial Journal of Bangor. Read more at Bigfoot in Maine? 10-foot-tall ‘wild man’ was killed in 1886, newspapers reported

- Great video collection at an amazing price of $12.99

Giants on Record: America's Hidden History, Secrets in the Mounds and the Smithsonian Files

The UFO Repeaters - Seeing Is Believing - The Camera Doesn't Lie

This newsletter is licensed under a Creative Commons Attribution-Noncommercial-No Derivative Works 3.0 United States License.
Hotlinking of PM Media images and copyrighted material is strictly forbidden unless permission is obtained.
'Phantoms and Monsters' and 'phantomsandmonsters.com' is protected under the Lanham (Trademark) Act (Title 15, Chapter 22 of the United States Code)
'Phantoms and Monsters' was establish in September 2005 as part of the PM Media
Copyright 2005-2017 Phantoms and Monsters / PM Media - All Rights Reserved
Lon Strickler at 5:57 PM
Share
‹
›
Home
View web version