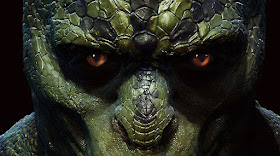 Clacton on Sea, UK - 2017-02-23: I was putting bin bags in the garden and herd a noise sounded like someone falling from a tree. I looked over and it just looked at me like I was dreaming or something out of a movie. Was about 7ft tall like a human with lizard skin. It moved 1 step closer and I moved back it then changed colour and went invisible and jumped up into the tree but the branches were moving but I could not see it anymore. It sounds messed up but I know what I saw. - MUFON

Lost 2 Hours While Driving to Work

Dawn from Utah called in to tell of her missing time experience:

“I was on my way to work one time when I was in California about ten years ago and I know I was on time when I left because I was living at home at the time. I spoke with my mother. When I clocked into work, I was two hours late. Now I know at some point, I lost two hours of time but I don't know what occurred. (Art Bell asks what her boss said about her being late) They thought I was an idiot. I called home to make sure I was not losing my mind. To this point, I don't know what went on in that two hours that I lost.” 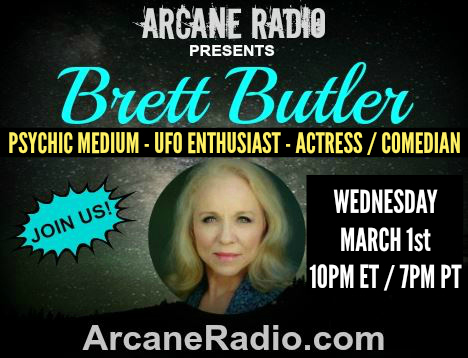 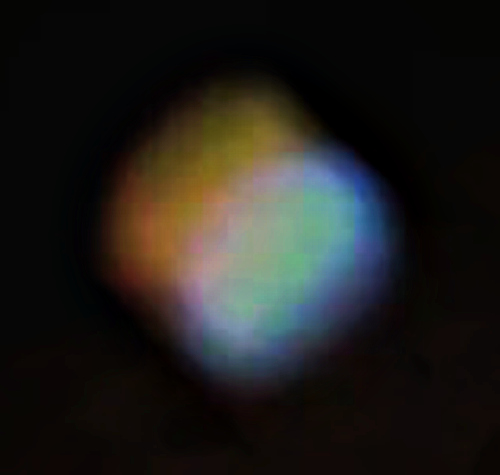 Arcane Radio this Wednesday - 10PM ET / 7PM PT - the Lancaster Co investigation will be part of the discussion. Brett has been involved with the case as well, so you'll be getting a different insight. We will also discuss anomalous activity that she has recently been experiencing. Tune in at Listen to Arcane Radio. The Facebook event page.

The peculiar incident is alleged to have taken place in the city of Santiago del Estero where the group of boys had been kicking a ball around a football pitch at their local park.

Suddenly, one of the boys (who had been filming the game) caught sight of something strange crawling towards them across the grass in the distance. After zooming in to get a closer look he screamed out in terror and the whole group bolted from the park as fast as they could go.

According to reports, the mother of one of the boys has described the encounter as "paranormal" and maintains that her son is now too scared to return to the football pitch.

Exactly what was crawling towards them in the video however continues to remain a mystery. - http://travel.aol.co.uk/2017/02/25/goblin-spotted-argentina-children-frightened/

The Wolf at the Door

Lon, this story has always intrigued me. This house was in the north end of Xenia and we live in the west end. I never knew which house this was. I thought ghosts (or whatever this was), could not physically hurt someone. But then recently, someone on a TV show said that Shadow Figures could literally kill you. Seeing Shadow Figures was what started my paranormal experiences. So that really scared me.

THE WOLF AT THE DOOR

When the Browns* moved to a house built among the Indian mounds in the north end of Xenia, three of their children, Richard*, Joe*, and Gwen* encountered a creature.

The house was a one-year old bi-level, built in 1958. It was nothing special, said Richard, except, "This house definitely had a Presence You always felt like someone was there".

"I used to feel something standing next to me and I'd get the shivers" added Joe. Gwen agreed, "In that house I never felt alone. We always heard lots of noises. I always thought it was because of the Indian mounds."

A night of horror began when Richard thought he heard something in the kitchen in the middle of the night.

"I snuck out in the hall and looked down into the kitchen. There was a translucent, white wolf in a bib apron, standing on its hind legs at the stove cooking something that smelled like eggs."

Richard raced back upstairs into his room and dove into bed but the wolf followed him. He could see the shadow in the hall. "It came to the door and looked at me."

At breakfast the next morning he and his brother and sister sat in a daze. He didn't say anything until he caught Joe's eye.

"I saw something in the kitchen last night" said Joe finally. He described a "wolf in blue bib overalls cooking supper."

"So did I," said Gwen, telling of the same weird hairy figure standing on its hind legs in the kitchen. "I ran into Mom and Dad's room and got in bed between them. The wolf walked down the hall and stood in Mom and Dad's doorway, staring at me. I just froze. I stayed there until morning. I've never forgotten it - I can see it still. It was standing up like a person, but it was definitely a wolf, with the long nose and big ears".

After hearing their story, I wondered about the Indian mounds. The wolf sounded like a totem animal. But bib overalls? a bib apron? and a violent temper?

Said Richard, "When Joe and I were ten or eleven years old, our parents left us alone for the first time without a babysitter. He and I were downstairs watching TV in the family room when we heard two very loud bangs above our heads."

"When Mom and Dad came home they yelled at us to come upstairs. "What have you boys been doing?" they demanded. "Who's been jumping on the bed?

There were hammer marks on the ceiling and plaster dust and pieces of the ceiling on the bed."

The boys had a tough time explaining it.

"But it wasn't us! There wasn't anyone else in the house," said Joe.

The wolf especially disliked Richard. The door to Richard's bedroom was always open a crack so he could see the light in the hall. Something came up to the door, blotting out the light. As Richard sat on the edge of the bed, watching tensely, something smashed him in the face,knocking him out.

"It whacked me good across the eyebrows," he recalled. "My father hears a noise and found me with blood running down my face."

Joe also remembered the night, although he slept through it. "When I woke up, Richard had a cut on his forehead. "What have you been doing?" I asked him. He told me that he was sitting in bed when wham! something hit him. Whatever it was, it didn't like him much.

Joe also recalled, "We used to invite our friends over to spend the night in the large bedroom under our parents' room. You'd hear knocking on the doors - tap, tap tap. Even the closet door would tap. A couple of our friends wouldn't ever come back. I kept my headphones or the radio on so I wouldn't have to hear it".

"My Mom thought we were all crazy", said Gwen. "She felt safe there. One day we were all outside planting flowers. I went inside to use the bathroom and on the way down the hallway, there was definitely something behind me. I ran out of the house, in fact I broke through the glass in the door. It haunts me still".

"It was NOT a fun place to live, " Joe said firmly.

*not their real names 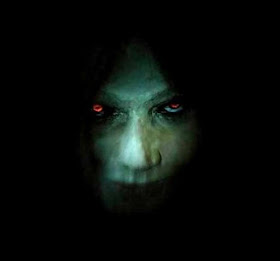 Nearly half the planet's species could be wiped out by the end of this century, biologists fear

Spain: An 1897 UFO Over the Basque Country

Footprints in the Snow: The Curious Case of the Sunnyslope Sasquatch


Flying Serpents and Dragons: The Story of Mankind's Reptilian Past

The Dragons of Eden: Speculations on the Evolution of Human Intelligence

This newsletter is licensed under a Creative Commons Attribution-Noncommercial-No Derivative Works 3.0 United States License.
Hotlinking of PM Media images and copyrighted material is strictly forbidden unless permission is obtained.
'Phantoms and Monsters' and 'phantomsandmonsters.com' is protected under the Lanham (Trademark) Act (Title 15, Chapter 22 of the United States Code)
'Phantoms and Monsters' was establish in September 2005 as part of the PM Media
Copyright 2005-2017 Phantoms and Monsters / PM Media - All Rights Reserved
Lon Strickler at 10:10 AM
Share
‹
›
Home
View web version