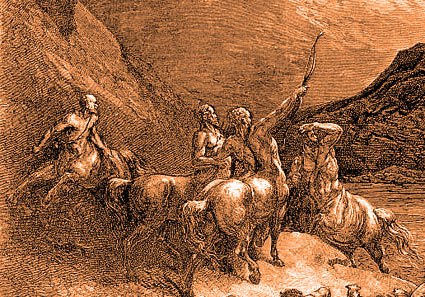 Nearly a year ago the people living along the river front near Preston were set agog by the appearance in the woods of a strange being in human form. When discovered by a party of hunters on his all fours pawing and neighing like a horse, their attention was first attracted by what they took to be the whining of a startled horse in the undergrowth.

When advanced upon, the strange being ran off on his hands and feet but the pursuers gained upon him so rapidly he sprang to his feet and quickly covering the short distance to the river, plunged headlong from a rather high bank into the water and swam to the Indian side. When he reached that bank he stood up, shook himself like a horse just out of a bath, and with what might really be called a horse laugh ran off into the woods. Some months later he was seen under much the same conditions but this time west of Woodville, on the Indian side.

Only a few weeks ago a man crawled across the road in plain view of several people not far from where the horse-man was first seen but disappeared, the pursuit being somewhat tardy. Since Sunday last the people living near Colbert, ten miles east of Preston, Grayson County Texas, have been hunting for a strangely acting man who crawled about like a snake until pursued, when he would jump to his feet and outrun the fastest horses ridden after him. Others who pursued him on foot say they shot at him at close range but the bullets, if they struck their target, seemed to have no effect.

As late as last evening children claim to have seen the crawling man again near the Varner place, six miles from Colbert. A phone message from Colbert this afternoon confirms previous reports sent out from Durant about the state of excitement and the gathering of several parties for pursuit, but states that public interest has received something of a chill because some of the parties who were present when the close range shots were tired say that although the peculiar being was in the open and very close, that he disappeared with the smoke of the powder.

At the Varner place he crawled into the henhouse. It is stated that out in the field a dead chicken, bitten in the neck, and from which there was the appearance of the blood having been drawn, was found.

Though with somewhat reduced enthusiasm the people of the Varner neighborhood are preparing for another big roundup this afternoon and tonight.

NOTE: could this have been a shapeshifter...possibly a centaur being? There are recorded sightings by the Navajo...beings that are half horse / half man, that have supernatural abilities. If interested, please read Centaurs in North America. Lon

Hello - I read some of your Ouija board stories. I have one that I believe proves that these boards can become haunted.

My father used to buy things from eBay, then sell it at their actual price. One day he purchased an old Ouija board. Its box portrayed it as a game "fun for the whole family". None of my siblings played with it though and neither did I. Then a few days after the board arrived, weird things started to happen even though no one touched the board. It was on a shelf in the garage.

One night, the first of many nights, I woke at 3:33 am exactly. I woke up scared for no reason. No nightmare - just scared with a very bad feeling. I'd always just lay there awake, then turn over and try to go back to sleep.

This first night, I turned over and tried to go back to sleep. But when I turned and laid my head on my pillow, I immediately heard a man's voice that said directly into the ear, "go back to sleep". I jumped up and woke my sister who shared a room with me. I was crying and terribly scared. The voice wasn't my father's. No man another than my father lived with us.

Another day at home, I was watching a movie alone. I paused the movie and took the remote with me to the bathroom. When I came back to disc was out and place on the table next to the TV. The disc drive on the Xbox was open - and my room was tossed all over. It was a mess!

Another time in the same house, I left the kitchen and heard something behind me. When I turned I saw a man in a red flannel shirt behind me, though I heard no doors open. I ran from him and turned back around and he was gone.

My father soon sold the board and we moved soon after. I've had nothing weird or paranormal happen since. JJ 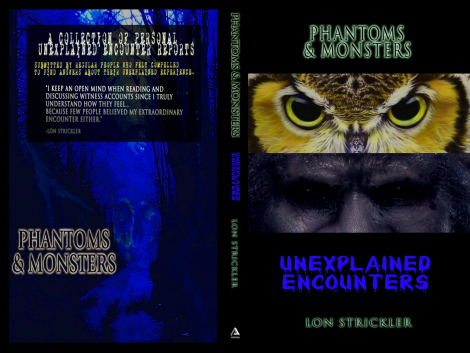 This is How 160,000 People Allegedly Turned Into Light Bodies!

Giant Salamanders in the World’s Waters?

Dee Dee Wanted Her Daughter To Be Sick, Gypsy Wanted Her Mom To Be Murdered - 'Munchausen by proxy' gone wild

No, Earth Is Not Overdue For A Massive Asteroid Strike


Mind Wars: A History of Mind Control, Surveillance, and Social Engineering by the Government, Media, and Secret Societies

Season of the Witch: How the Occult Saved Rock and Roll